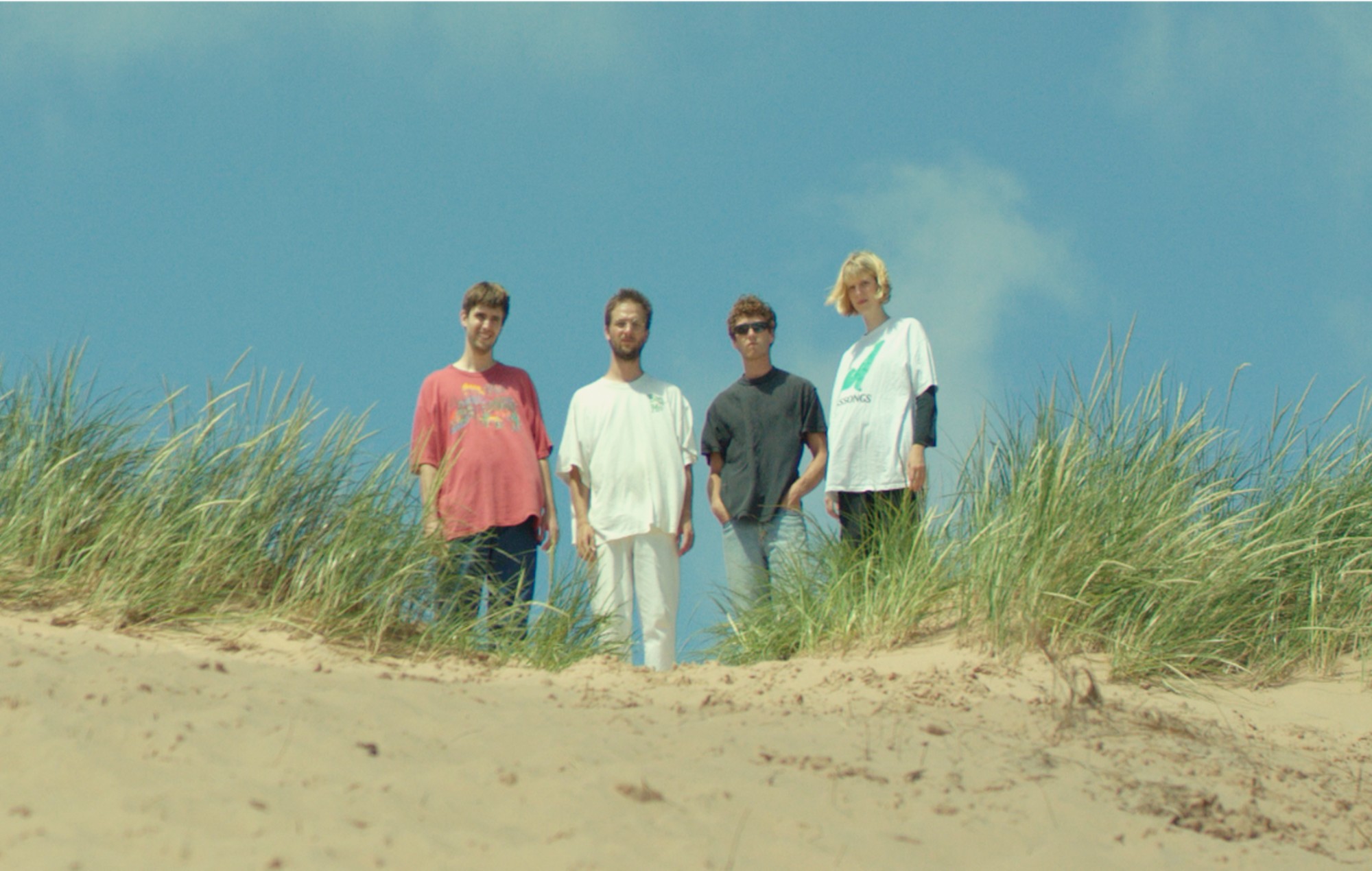 Slow Pulp have shared a new single, ‘At It Again’, the third release from their forthcoming debut album.

It follows the release of ‘Idaho’ and ‘Falling Apart’, the first two glimpses into the band’s upcoming debut LP ‘Moveys’, due for release on October 9.

‘At It Again’ is an ode to becoming a better person. Set against the backdrop of dreamy shoegaze instrumentation, vocalist and guitarist Emily Massey described the song as being about “being back on your bullshit.”

“I had been staying at my parents quarantined away from my regular life and my regular people, and I was doing a terrible job taking care of myself,” said Massey. “I was finding it very difficult to muster up any type of energy or motivation to work on the record.

“I had been in positions in the past where my mental health had gotten the best of me and I couldn’t seem to finish anything that I started. I felt like I had reverted back to a place that I had worked so hard to get out of, and I felt like somehow everyone knew. Back on my bullshit in a completely novel situation.”

Listen to it below.

“We’re still finding sand in our shoes after this shoot,” said Nokovic and Tereick. “We drove 6 hours from home to the middle of nowhere, all for a sand dune. This was one of the more rewarding projects to work on because it had been on the bulletin board for so long, about 8 months since the band initially approached us.

“We were lucky to have friends fill our cast and crew, so it felt like a little camping trip.”

The new single reflects a necessary optimism for Slow Pulp, who have experienced a string of hardships during the making of their debut album. Massey’s diagnosis of Lyme disease and chronic Mono preceded her parents’ involvement in a car accident, which was soon followed by the beginnings of the COVID-19 pandemic.