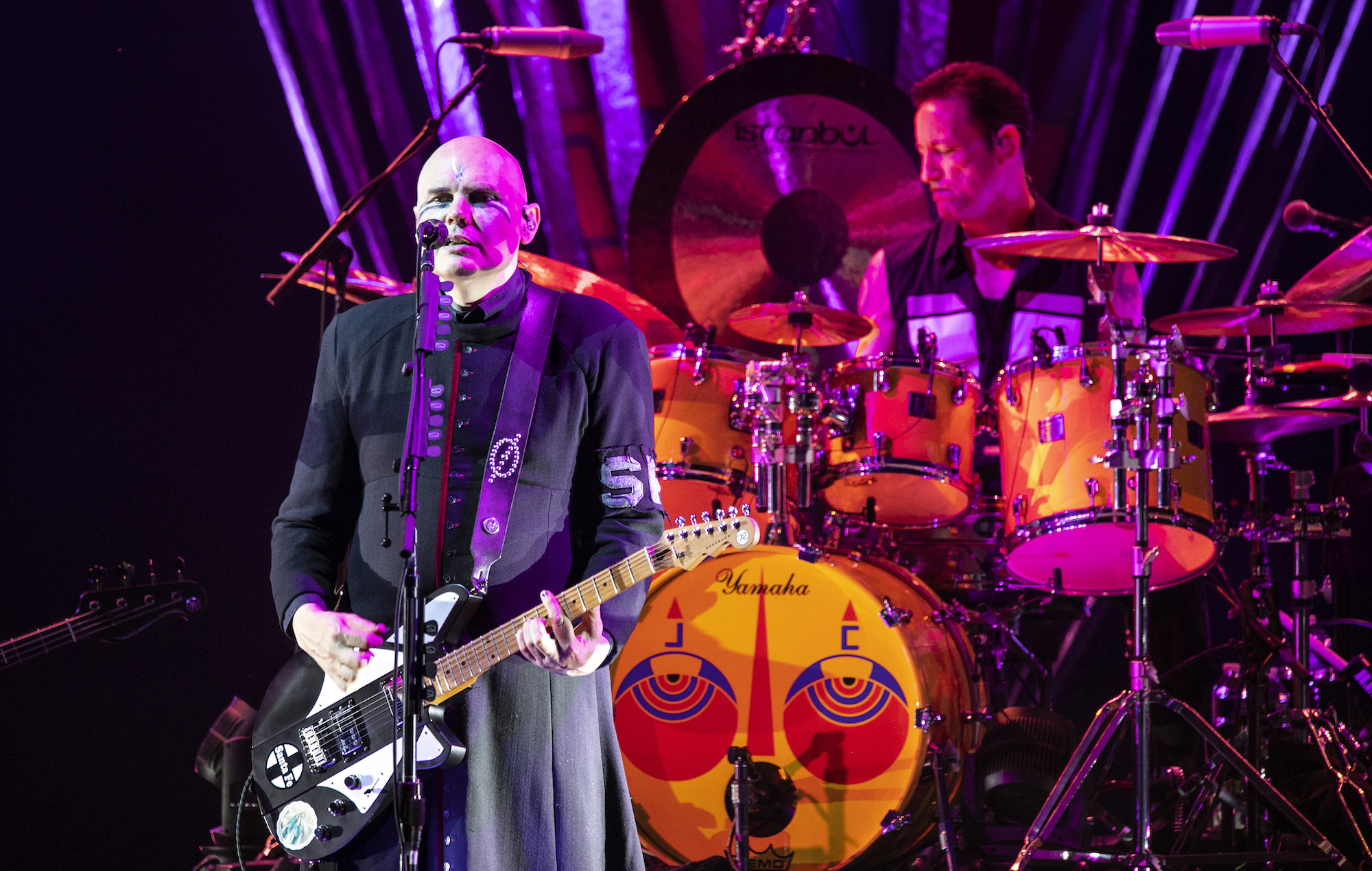 Smashing Pumpkins are “halfway through working on another big album”

Smashing Pumpkins are “halfway through working on another big album”, according to the band’s guitarist, Jeff Schroeder.

Speaking in a new interview, Schroeder talked about the progress of the recording sessions for the band’s next studio LP, the follow-up to last year’s ‘Cyr’, their “poppiest record to date”.

“We’re about halfway through working on another big album, which is, basically, I guess, a sequel to ‘Mellon Collie [And The Infinite Sadness]’ and ‘Machina’, so it’s the third in a trilogy – more of a concept-based album. And this one is 33 songs,” Schroeder told Audio Ink Radio.

“We’ve been working for a long – almost, basically, the whole year on it. But we’re in the middle of real tracking and stuff right now. James [Iha] and I are working out here in LA. Drums are basically done, so Jimmy’s [Chamberlin] done his part. But Billy [Corgan] is working in Chicago, and I’m out here in LA, and James is in LA, so we’re plowing through it. That’ll probably take most of the rest of the year, ’cause it’s a big, sprawling thing.”

Schroeder added that the album’s been very challenging to work on because of how big it is. “Even for me as a guitar player, usually you’re always kind of working on things and you have a bunch of ideas to try on these new tracks,” he said. “And then, after four songs, you’re like, ‘Okay, I’ve gotta come up with some other stuff.’ So, then you work hard and get through the first 11 songs, and you’re. like, ‘Oh, wait a second. That’s only the first act. I’ve got two more acts to go!’”

He continued: “So, you’ve really gotta dig in deep. You’ve gotta dig deep in to your soul to find out what is in there. What’s this song calling for? How can I listen to this song differently than I listened to the last one? And it really pushes you artistically. Some days it’s hard, and we fail. I fail. And then you come back the next day and try again, and it’s rewarding when you go, ‘Wow, yesterday sucked, and today is actually quite good on the same song.’ So it can be fun.”

Meanwhile, Smashing Pumpkins have announced the release of a new vinyl, ‘Live At The Viper Room 1998’, available to pre-order this week.