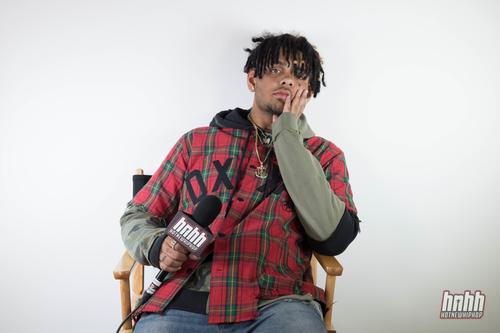 There’s been a lot speculation surrounding Lil Pump’s label situation. While there’s been rumors that he signed to Gucci Mane’s 1017 Eskimo imprint, Gucci hasn’t confirmed it. Lil Pump did recently receive a 1017 chain from big Guwop and Gucci has also shared his interest to sign the South Florida rapper to his label. Now, it looks like one Lil Pump’s closest collaborators and friends has also received a chain from Gucci.

RELATED: Smokepurpp Throws Around “Big Bucks” In His New Video

Smokepurpp recently hit his Instagram story to reveal that he received a 1017 chain, similar to the one that Lil Pump was flexing, from Gucci Mane. The caption simply read, “Thank u @laflare1017.” It’s unsure why Gucci decided to give him a chain. Smokepurpp’s already signed to Alamo Records and upon the release his Deadstar project, he revealed that he penned a deal with Travis Scott’s Cactus Jack imprint as the label’s first signee. Gucci Mane’s always kept his ear to the street and has continuously shown support for the younger generation music.

RELATED: Smokepurpp Teams Up With 10 Deep For “Make It Quick”

Aside from receiving the chain, Smokepurpp’s been keeping fans anticipating his forthcoming collaborative project with Murda Beatz titled, Bless Your Trap. In early December, the two revealed the project was ficially completed. Smokepurpp also teased the projects release on Instagram by asking fans to spam the comments. It’s unsure when it’ll arrive but hopefully soon. Maybe we’ll see a Gucci feature on it as well.

Peep the chain below.