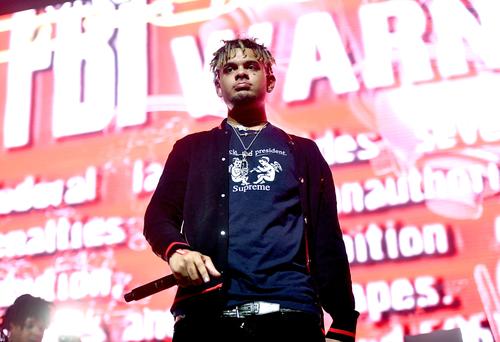 The Monster-Energy-sponsored Outbreak Tour is kicking f its eighth run with Smokepurpp. The tour announced that the rapper will be the headliner its five-week tour. Tickets are up for sale starting Friday, March 9th.

The tour starts f in Smokepurpp’s home state, Florida before heading across the nation until its big finish in Houston. The tour is meant to be a platform for established artists who are on their way to superstardom. The tour evidently serves its purpose seeing as previous headliners include Logic, Post Malone, and 21 Savage.

The young rapper is excited to go on tour. Smokepurpp commented, “This past year has been LIT! I’m excited to hit every stage in every city and connect with my fans. After those crowds get to see me live the Monster Energy Outbreak Tour will never be the same again! ESKEEETITT!” The tour will inevitably be insanely lit with an artist like Smokepurpp at the helm. You’ll want to grab tickets before they’re gone.