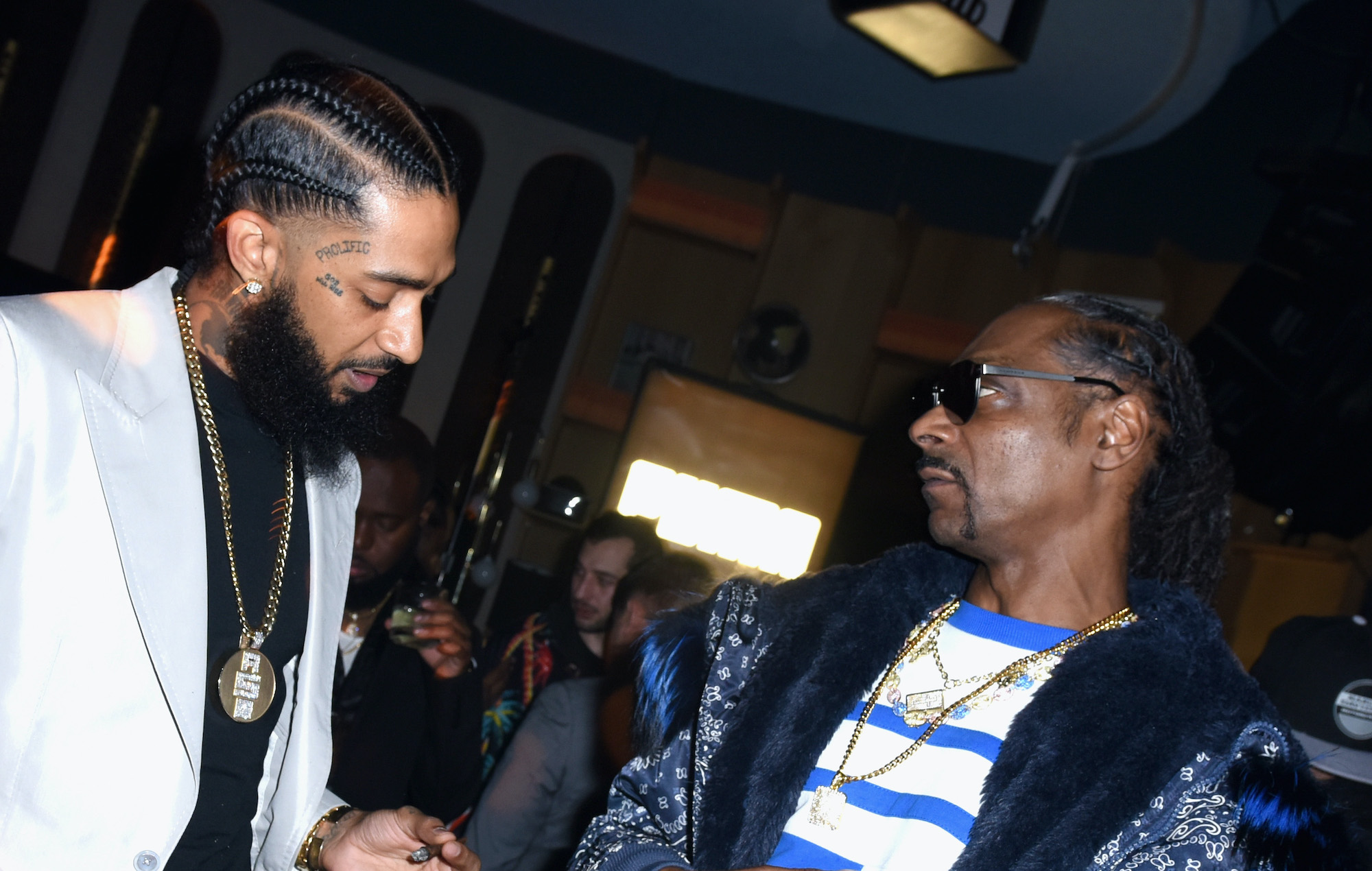 Snoop Dogg has shared a new song in tribute to Nipsey Hussle – listen to ‘Nipsey Blue’ below.

The track arrives the day before the late rapper’s birthday. He would’ve turned 35 tomorrow (August 15).

“miss u Nip,” Snoop Dogg wrote on Twitter, announcing the new song, which comes complete with its own video.

Watch the video for ‘Nipsey Blue’ below.

Snoop Dogg and Nipsey Hussle appeared on a host of songs together over the years, including ‘The Life’, ‘Do The Damn Thang’ and ‘Ice Cream Paint Job (West Coast Remix)’.

Hussle died in March 2019 after being fatally shot last year outside his Marathon clothing store on Crenshaw Boulevard in Los Angeles. A documentary based on the late rapper, directed by Ava DuVernay, is set to come to Netflix following his death.

In the wake of his death, Hussle’s family recently unveiled the Neighborhood Nip Foundation in his honour, an initiative that seeks to provide opportunities for young creatives in music. A huge Nipsey Hussle tribute was also held at the 2020 Grammys earlier this year, with Meek Mill, John Legend, DJ Khaled and more all coming together to celebrate Hussle’s life and career.

Another documentary related to the rapper, called The Mysterious Murder of Nipsey Hussle, has been released on BBC Three. Speaking to NME about the film, director Ben Zand said: “When someone lived such a purposeful life, it’s hard to accept they didn’t experience a purposeful death, too.

“The idea that someone like Tupac Shakur or Nipsey Hussle could be killed because they were caught up in avoidable gang violence doesn’t make sense to a lot of people. We wanted to show with this documentary that the young black people who believe in Nipsey Hussle conspiracy theories aren’t just crazies.”