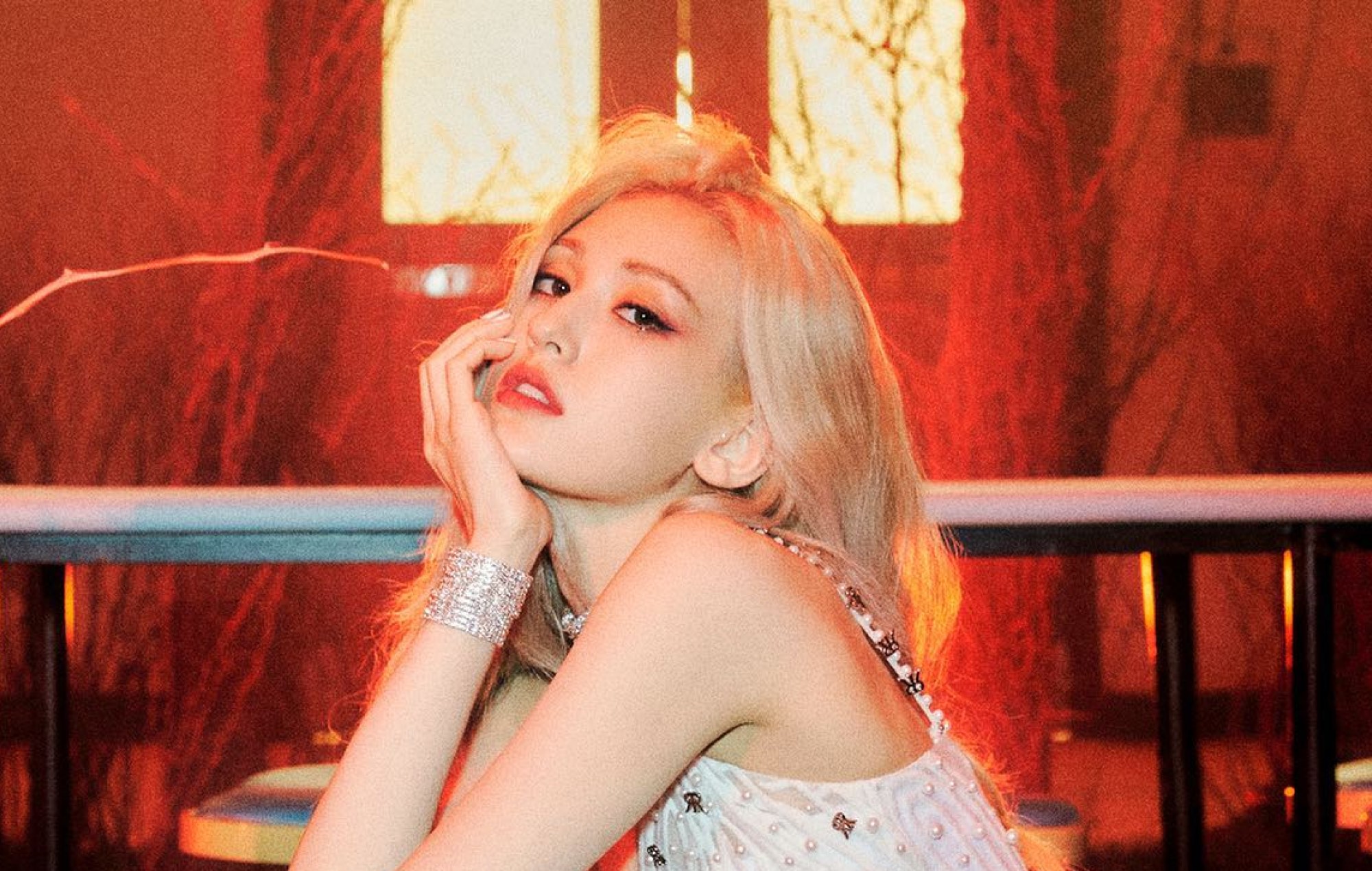 On October 1 at midnight KST, the singer took to Instagram to tease her debut album. Somi shared an image of a pile of pink and white albums, with its supposed title ‘XOXO’ and her name printed on them.

“Soon to be yours xoxo,” she wrote. Notably, the words “Somi 1st Album XOXO” are also printed on the sides of the albums. Further details such as the record’s release date and tracklist are expected to be revealed in the coming weeks.

The news comes just two months after the Canadian-Korean idol made her comeback with the single ‘Dumb Dumb’. Shortly after the song’s release, Somi had hinted that she has “a lot more” music coming in the future.

“I spent the past year practicing and recording a lot of songs apart from ‘Dumb Dumb’,” the singer told Korea JoongAng Daily. “We’ve finished all the recording process, and there’s a lot more coming.”

‘XOXO’ will be the singer’s first-ever album release since her debut as a soloist in 2019. Prior to this, Somi had only released three digital singles, ‘Birthday’, ‘What You Waiting For’ and the recent ‘Dumb Dumb’.

Prior to her solo career, Somi had participated in the first season of Mnet reality TV competition Produce 101, where she came in first place. She later joined the group I.O.I in 2016, alongside other contestants like Chung Ha and former Gugudan member Kim Se-jeong, and stayed with the 11-member group until early 2017.