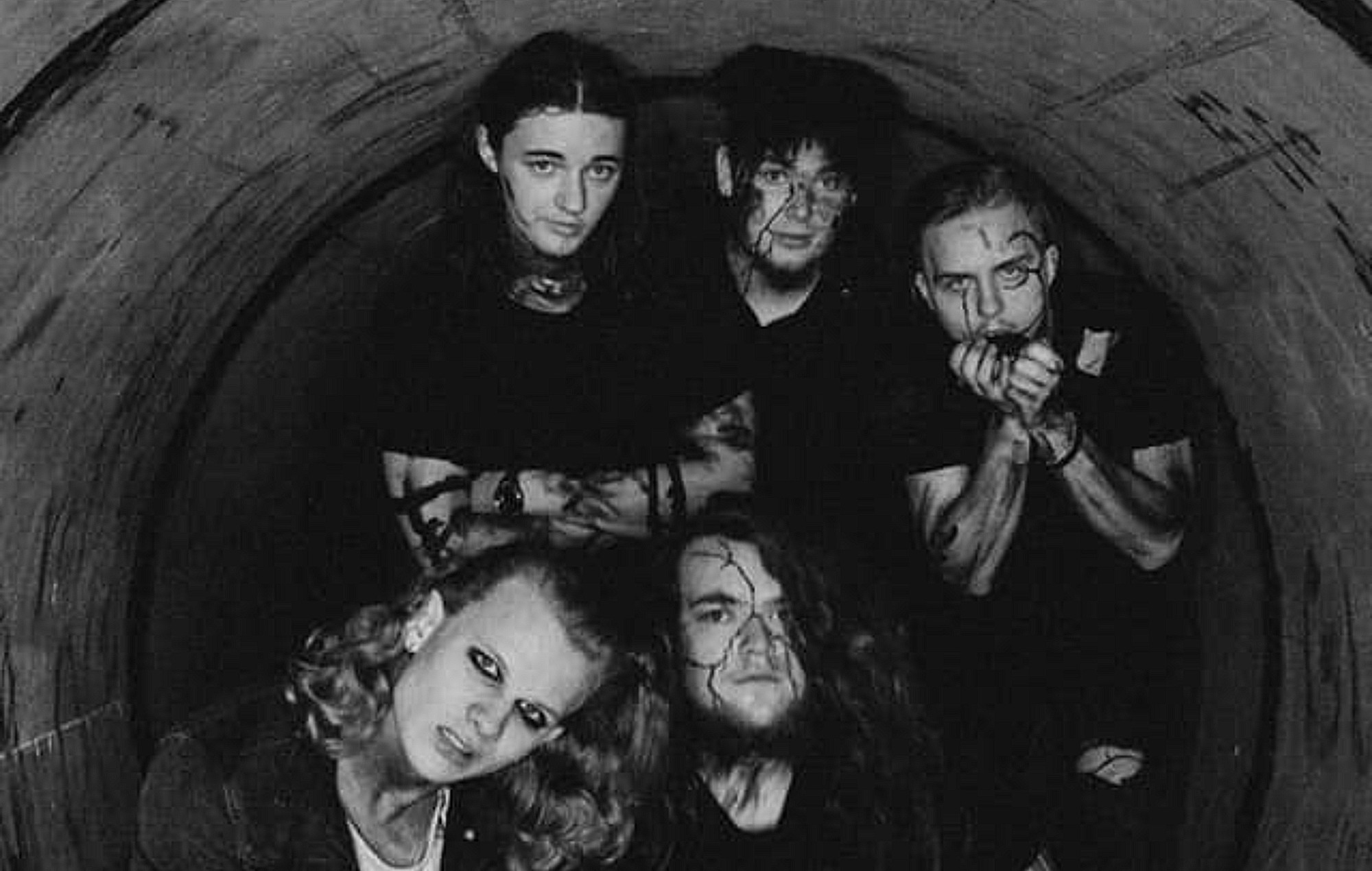 The track, which you can listen to below, has shades of Slipknot with its hard-hitting rhythmic patterns.

Vended’s lineup, which is completed by Cole Espeland (lead guitar), Connor Grodzicki (rhythm guitar), and Jeramiah Pugh (bass), performed their first headline gig back in March at the Vaudeville Mews club in Des Moines, Iowa, where Slipknot were formed.

The band first formed in 2018, with Taylor and Crahan posting videos of their group online including covers of their dads’ band.

Vended are set to take the stage again for Knotfest Iowa this weekend and Knotfest Los Angeles in November.

Meanwhile, Corey Taylor recently got into a feud with Machine Gun Kelly after MGK hit out at the frontman at Chicago’s Riot Fest.

“You wanna know what I’m really happy that I’m not doing? Being 50 years old wearing a fucking weird mask on a fucking stage, talking shit,” Kelly told the crowd.

His onstage diss came after Taylor appeared to dismissively allude to Kelly in an interview earlier this year: “I hate all new rock for the most part. I [hate] the artists who failed in one genre and decided to go rock and I think he knows who he is.”

MGK later said the beef goes back to a “fucking terrible” guest verse Taylor recorded for him, which he subsequently didn’t use – a narrative that Taylor disputes.

“Corey did a verse for a song on tickets to my downfall album, it was fucking terrible, so i didn’t use it,” he wrote on Twitter.

“He got mad about it, and talked shit to a magazine about the same album he was almost on. yalls stories are all off. just admit he’s bitter.”

Taylor then responded to Kelly’s claims by sharing screenshots of a purported email exchange with blink-182‘s Travis Barker, who had executive produced ‘Tickets To My Downfall’ and appeared to be communicating with Taylor on Kelly’s behalf.

Sharing the screenshots of the emails on Twitter, Taylor wrote, “I don’t like people airing private shit like a child. So this is all I’ll say: I didn’t do the track because I don’t like when people try to ‘write’ for me.”

“I said NO to THEM. So without further ado…. #receipts” he continued, before saying that this is all he’ll say on the matter.