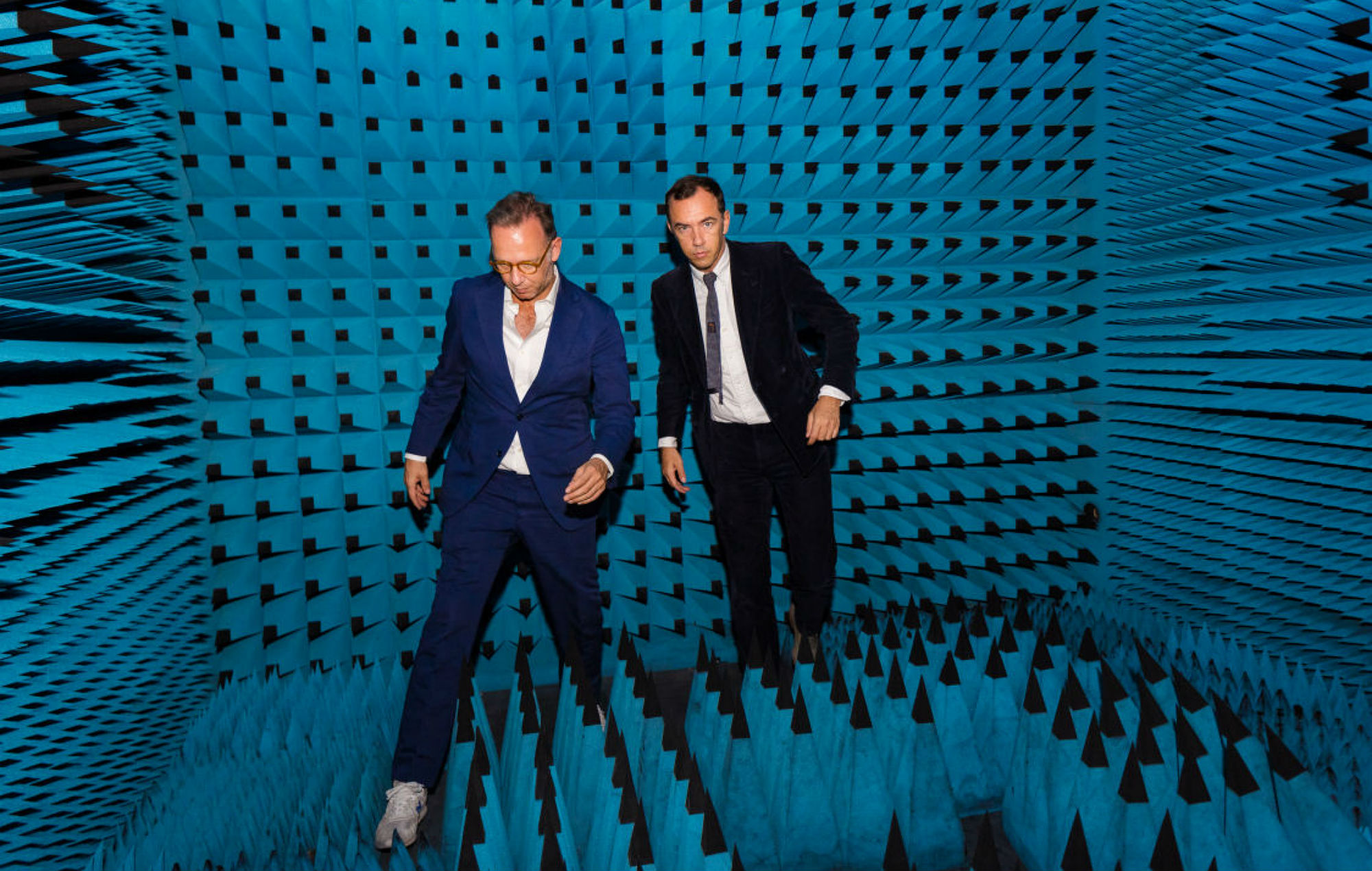 Soulwax have created their own online TV show – watch the first episode of Deewee Teevee below.

The new show is named after the Belgian dance duo’s own label Deewee, and labels itself as “an audio & video broadcasting service”.

Created alongside directors Ill-Studio, Deewee Teevee is described as a “post television television programme that only exists when being watched”.

A description adds: “Four episodes, four million packets of data. In just a few seconds – watch and listen all at the same time.

“Live performances, interviews, animations, the sound of music, DEEWEE TEEVEE plays all the right notes – just not necessarily in the right order.”

Watch the first episode of the series, which features an interview with David and Stephen Dewaele – aka Soulwax – and live performances from James Righton and Movulango, below.

The launch of Deewee Teevee follows the release of  Deewee’s new compilation ‘Foundations’, which came out last week (May 7).

The record marked the first compilation from Deewee, and their 50th release overall. According to a press release, the project boasts “a breadth of imagination, a love of hands-on artistry and the sonic craftsmanship of the Dewaele brothers”.


In a recent interview with NME, the duo discussed how the single was inspired by the world’s clubs falling silent as a result of the coronavirus lockdown.

“We get a lot of people telling us how much they miss that energy and feeling of being in a loud club and being amongst other people,” David Dewaele said.

“That community feeling – it’s a thing that people miss more than the other things that people have had taken away from them.” Watch the video interview in full above.