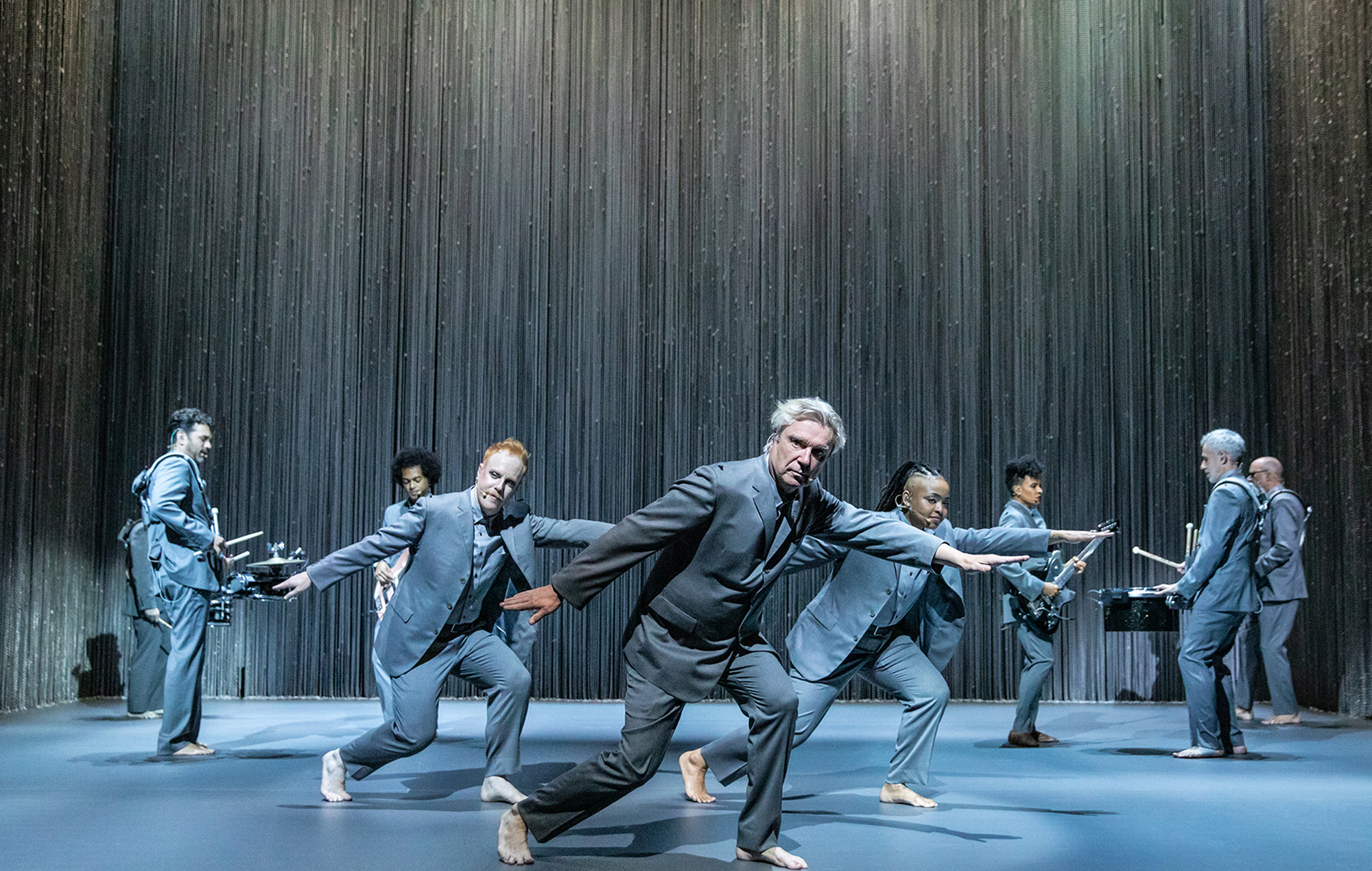 The film of the Talking Heads frontman’s Broadway smash will be streaming on BFI Player as part of the 2020 BFI London Film Festival.

American Utopia is a live recording of a Broadway performance of the show at the Hudson Theatre in New York City, itself a modified version of Byrne’s solo album of the same name released in 2018 via the musician’s label Todo Mundo.

The show sees Byrne performing alongside 11 musicians, singers and dancers, and has toured across the UK as well as the US.

There will be screenings taking place in London, Glasgow, Sheffield, Manchester and Belfast, but fans can also sign up to watch the film online at no cost, for the screening starting between 8:45PM and 9:15PM BST.

Writing on the show live on Broadway at the start of this year, NME said in a five-star review: “It’s a live concert, but unlike many live shows it has a narrative beyond the simple ‘artist plays songs, fans cheer, we all go home’.

“The songs featured in American Utopia are forthright pleas and musings on a country that might one day build a better home for everyone in it. That kind of connection can only work in the most intimate of settings.”