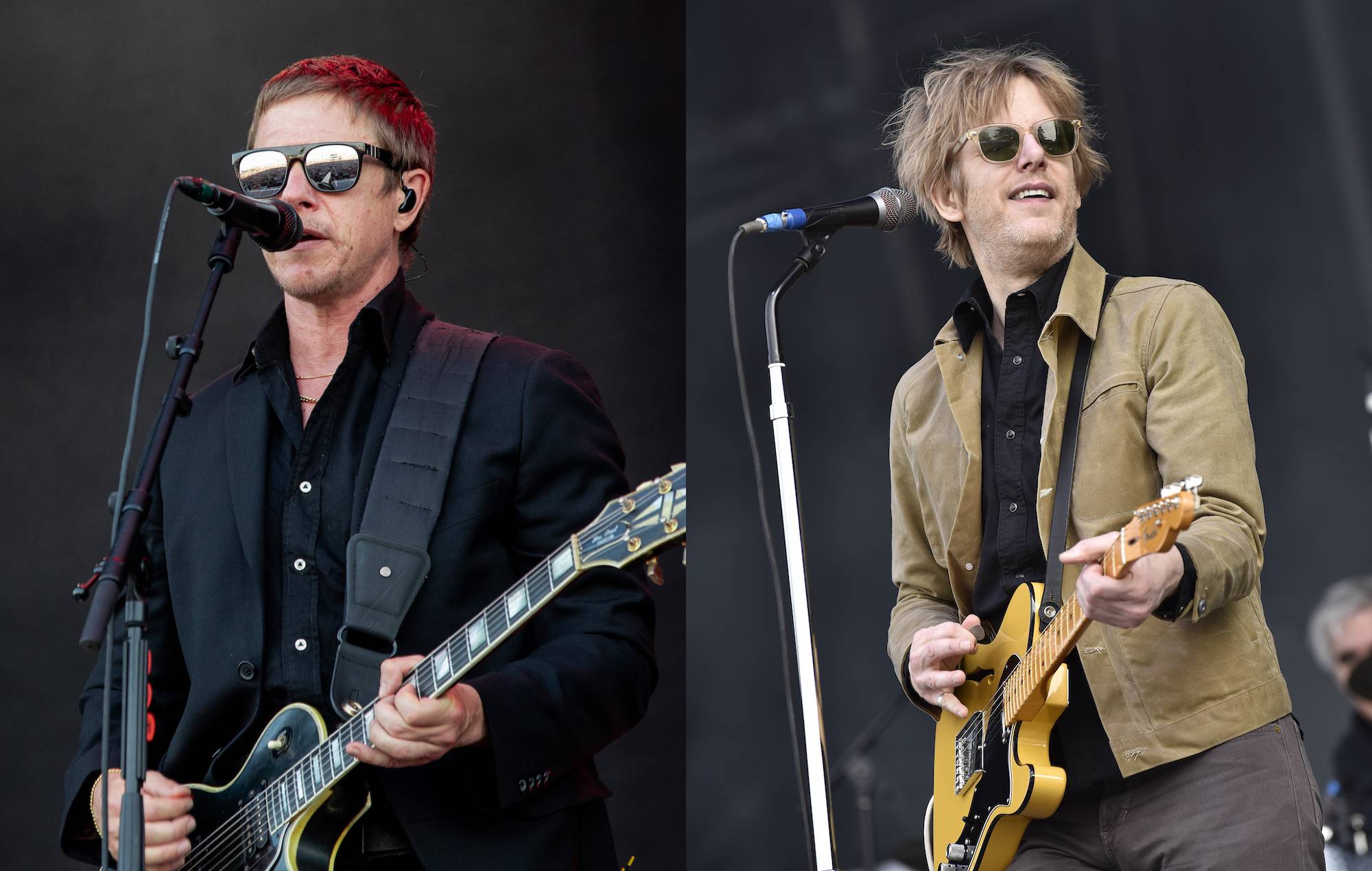 Spoon‘s Britt Daniel joined Interpol on stage this week – watch them perform ‘Next Exit’ together below.

The two bands are currently on a co-headlining coast-to-coast North American tour, dubbed ‘Lights, Camera, Factions’, which ends this weekend (September 17-18) with two shows at the Pioneer Courthouse Square in Portland, Oregon.

On Wednesday (September 14), they played a gig in Paso Robles, California, and during Interpol’s set they were joined by Daniels to perform ‘Next Exit’, from Interpol’s 2004 album ‘Antics’.

“Been great getting to tour with them over the last few weeks,” Interpol wrote on Instagram when sharing a snippet of the performance.

Check out the collaboration below.

The NYC indie outfit returned with their seventh and most recent studio album, ‘The Other Side Of Make Believe’, on July 15.

In a four-star review, NME wrote: “Far from a total reinvention, but all adds up to a confident, rewarding and subtly adventurous new chapter for Interpol – or, as [frontman Paul] Banks sings himself on the peak of ‘Toni’, “Still in shape, my methods refined“.

After their ‘Lights, Camera, Factions’ tour with Spoon wraps up this weekend, the band will play a string of South American dates supporting Arctic Monkeys, as well as some festival slots.

Interpol also recently marked the 20th anniversary of their debut album ‘Turn On The Bright Lights’ by sharing its companion project, ‘The Black EP’, on streaming platforms.

‘The Black EP’ features the studio version of the single ‘Say Hello To The Angels’, a demo of ‘NYC’ and four other songs from the ‘Turn On The Bright Lights’ era that were recorded live for a Radio France session in 2002, including the non-album bonus track ‘Specialist’.