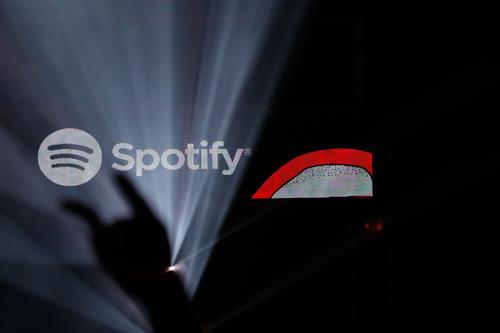 Spotify Finally Recognizes U.K. Grime As It's Own Category

U.K.’s grime scene has been around since the late 90’s but it wasn’t until recent years that their scene has been globally recognized. Over the past two or three years, North America has embraced that sounds coming out the U.K. thanks to a few key players who’ve helped shed light on the grime culture. As music consumption has shifted with the rise streaming services, grime hasn’t gotten the recognition it deserves as a genre. However, senior editor Spotify U.K., Austin Darbo, has been working hard to make that happen.

RELATED: Spotify Sued For $1.6 Billion For Using Thousands Of Songs Without License

In an interview with Clash Magazine in November, Darbo spoke on wanting to use Spotify as a means to draw attention to UK MC driven music, such as grime. Playlists like Who We Be have brought together grime and U.K. hip hop together with American hip hop. “There’s been a feeling that you have to go above and beyond what your peers in other genres have to achieve before being supported on a mainstream level,” he said.

It looks like his efforts have ficially worked out in the way he wanted it to. He hit Twitter yesterday morning to reveal that grime is now an ficial category on Spotify.

“‘Grime’ is now an ficial category on Spotify – this will make it easier for fans to find their favourite grime playlists,” he tweeted out Tuesday (Jan 2nd.

RELATED: Hip Hop Listening On Spotify Increased By 74% In 2017

Grime’s influence has been evident over the past few years especially with artists like Drake, Kanye West and A$AP Rocky publicly embracing the movement. On More Life, Drake grabbed Skepta and Giggs for tracks on the project while A$AP Rocky recently collaborated with Skepta on “Ghost Ride.”