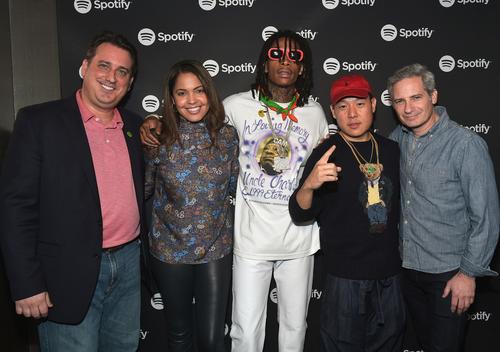 For the majority music consumers who have adopted streaming as their to-go method for listening, Spotify is the clear favorite. With subscriber numbers that dwarf those at Apple Music, Tidal and Pandora, the company seems like an unstoppable force. To further this notion, information from a new report published by Venture Beat has Spotify pegged as a company that’s only growing stronger.

Following the unconfirmed news that the streaming giant had filed documents for an eventual IPO, which would put the company on stock exchange listings before the first half 2018 is out, Spotify announced that they topped 70 million paid subscribers, which is significant. This information means that, on average, the company is adding about 10 million premium users to its user base every five to six months, which means that their value, especially for investors, is only increasing. The Verge reported that they were up near 140 million total users last year.

The competition is also struggling to keep up as well. Apple Music took nearly a year to go from 20 million users to over 30 million, but experts have said in the past that all other music streaming services have numbers that pale in comparison to those listed at Spotify. Only time will tell if the company can keep up this pace in terms growth or if their user base increase will eventually plateau, but one thing is for sure: Spotify is a force nature that cannot be touched within the industry.

What are some updates/improvements you’d like to see to the Spotify interface? Let us know in the comments.