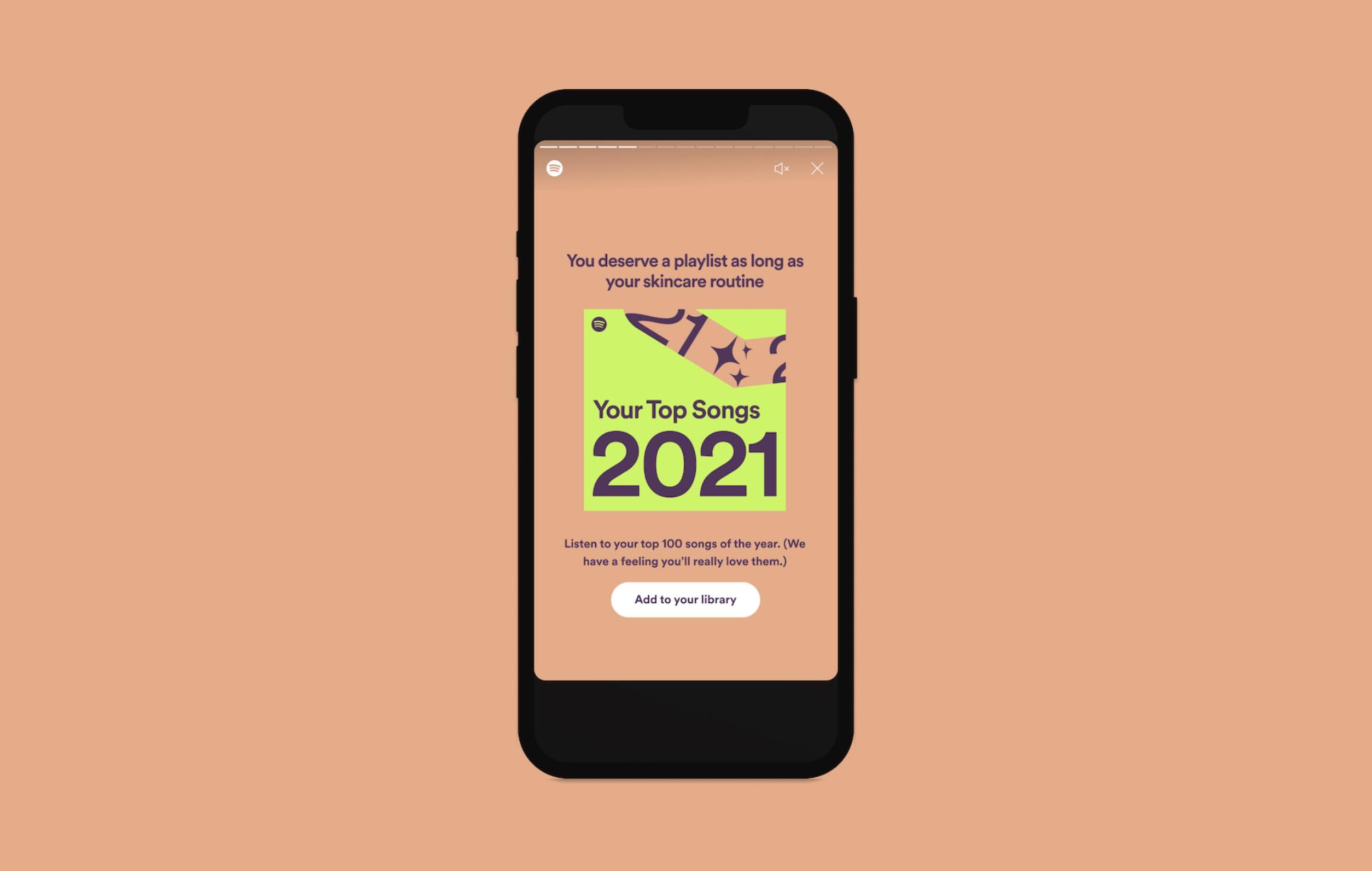 Spotify Wrapped 2021: here’s how you can see your most-streamed music

This year’s Spotify Wrapped is here, enabling users to look at their most-streamed artists, songs, albums, genres, playlists and podcasts over the course of 2021.

The feature, which launched today (December 1), has some new functions this year including ‘2021: The Movie’, which allows users to pair their top songs with classic scenes from a film “that’s all about you”, and ‘Your Audio Aura’, where an aura expert visualises a listener’s audio aura based on their top two music moods.

Elsewhere, ‘Playing Cards’ is an interactive, data-based game that users play and can then share with friends. “We’ll display several statements about your listening this year and you’ll have to guess which are true,” a statement said.

Another new feature is ‘2021 Wrapped Blend’, which allows users to see compare their 2021 music tastes with friends’ tastes, stream a blended playlist and share results on social media. Spotify users can access their Wrapped data by logging in here.

There are also exclusive experiences for top fans, including videos from more than 170 artists and creators thanking them for having them in their Wrapped. “These thank you videos will appear if fans have a song by one of the participating artists in their ‘Your Top Songs 2021’ or ‘Your Artists Revealed’ playlists,” Spotify explained.

Meanwhile, it was revealed earlier today that Bad Bunny has beaten Taylor Swift and Drake to be the most-streamed global artist on Spotify this year.

The Puerto Rican artist’s songs were streamed a total of 9.1billion times compared with 8.3billion in 2020. He is followed by Swift, Drake, Justin Bieber and BTS in the top five most-streamed acts.

Drake, however, tops the most-streamed artist list in the UK.