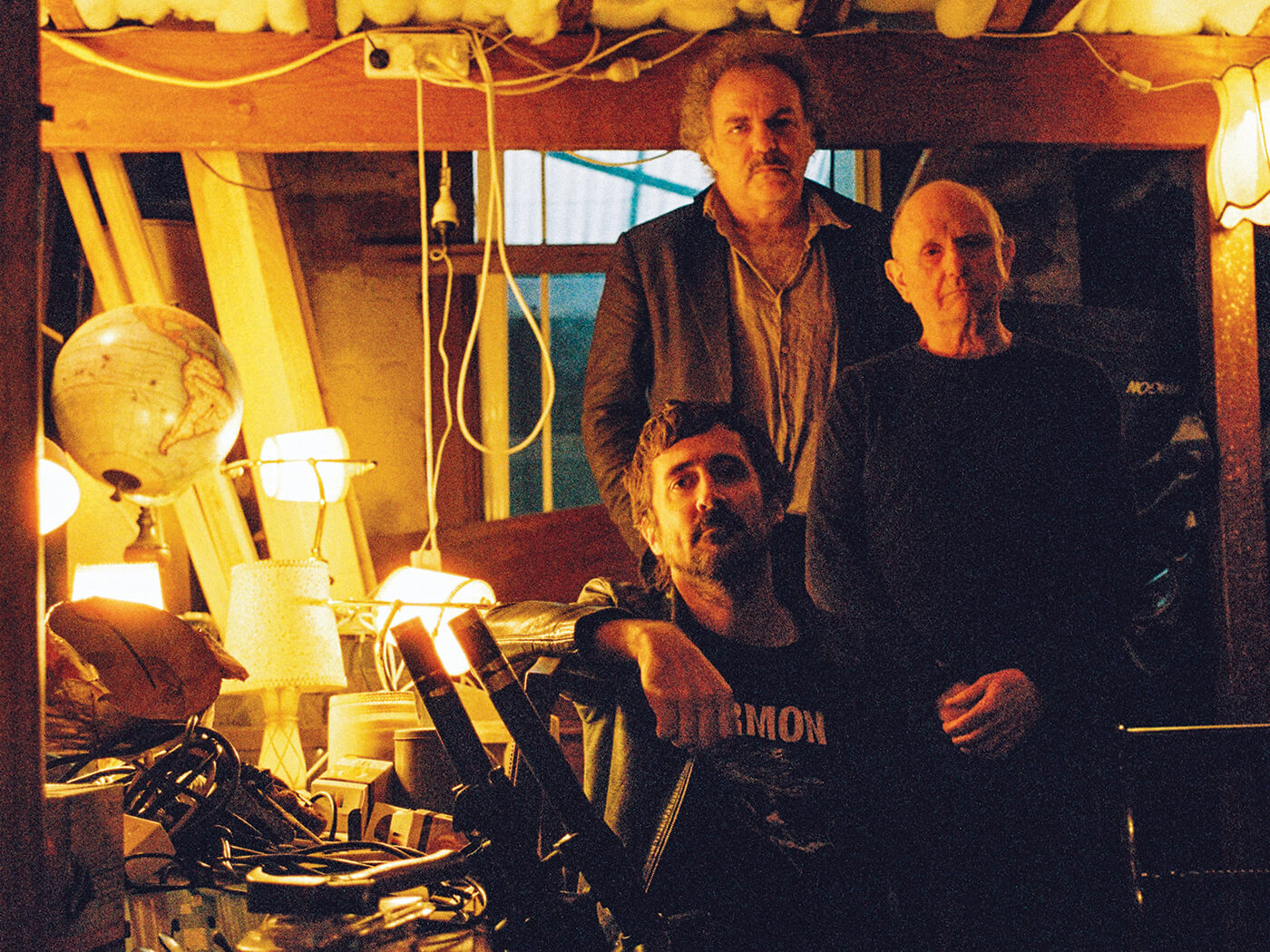 There’s a risk with any collaboration between players who each have a strong profile that it will be nothing more than the sum of those parts. Not so Springtime, which sees guitarist Gareth Liddiard, former helm of The Drones, now Tropical Fuck Storm, teaming up with pianist Chris Abrahams, best known for his work with The Necks and The Benders, and drummer Jim White, of Dirty Three and Xylouris White. Cultishly acclaimed figures all, albeit with different career histories, but mappers of broadly similar musical topographies and – crucially – all with improvisational chops.

The three came together more out of curiosity than with any fixed purpose, simply “to see what happened when you make a Necks, Dirty Three, Tropical Fuck Storm/Drones cocktail,” as Liddiard told Uncut. He’d known White since the ’90s and was a Dirty Three fan, so when the Brooklyn-based drummer found himself stranded in Melbourne during the pandemic, they started playing live as a duo to earn a crust and have some fun, before deciding to bring in “someone else who could help hold down the bottom line but still improvise.” Liddiard described Abrahams, who he’d played with years before in a Triffids tribute show, as a “no-brainer” choice.

After a week of writing and rehearsing, recording took place in May this year, on a bush property in Victoria, and was necessarily fast, occupying a two-week window between lockdowns. It was also mostly live, with very few overdubs. The pace of the process meant Liddiard was short of time to write his usual lengthy and considered lyrics, so he drafted in his uncle, the acclaimed British poet and author Ian Duhig, for two songs, “The Viaduct Love Suicide” and “Jeanie In A Bottle”. The set also includes an interpretation of the Irish traditional “She Moved Through The Fair” and a cover of Palace Music’s “West Palm Beach”.

Circumstantial urgency shapes these seven tracks, which combine improv, art rock, effects and electronic noise, with deep space and unorthodox mixing a feature (at times, it sounds like White’s brush work is coming from half a mile away). The songs surge and ebb forcefully until their drive is naturally spent, which in the case of the set closer takes nine minutes. Structurally loose they may be, but they’re not jams, more the result of Liddiard’s guitar parts establishing a basic course while White’s jazz-attuned finesse locates the grooves and Abrahams’ intuitive, often delicate explorations either urge the currents along or play against them. His work does both on swarthy opener “Will To Power”, where the anxiety level is repeatedly cranked then drops away, a rolling piano motif providing respite, while an exasperated Liddiard wonders why humankind is driven to do and achieve, rather than simply be.

As you’d expect, the existential and socio-political bent of his lyrics is clear across Springtime: “The Island”, a revision of The Drones’ song from their album Here Come The Lies, is a portrait of (quarantine) fear and isolation, while “The Killing Of The Village Idiot” concerns the shooting of an unarmed Afghan civilian by an Australian soldier in 2012, which came to light last year. On “The Viaduct Love Suicide”, with its echo of “Cortez The Killer”, Liddiard’s voice is tender as the tragedy demands and in the oddly Liars-like “Jeanie In A Bottle”, Duhig’s sympathies are clearly with the titular drinker, who’s “crushed down what she could be/crushed down like a garbage bin”.

It may be talky and often eruptive, but Springtime doesn’t give free rein to what Liddiard describes as his “verbal diarrhoea and general pandemonium”. Any anger is both focused and righteous, rather than defeated. At any rate, the trio’s makeup is not that of Liddiard as leader, with White and Abrahams the hired hands – the exploratory nature of their music bears witness to that. The set bristles with in-the-moment energy, a feeling that’s slightly upset by the inclusion of “West Palm Beach”; as a live recording in front of an audience (at their second show), it pricks the singular time-space listening bubble. In the light of the other covers and reworkings, it also raises the question as to whether a debut by a new ensemble might have been better served by an EP of original material. But then, Springtime isn’t some hopeful calling card made inside the industry machine. More infernal than vernal, it’s a document – of the coming together of three old hands and kindred spirits at a time when everything around them (and us) was coming apart.