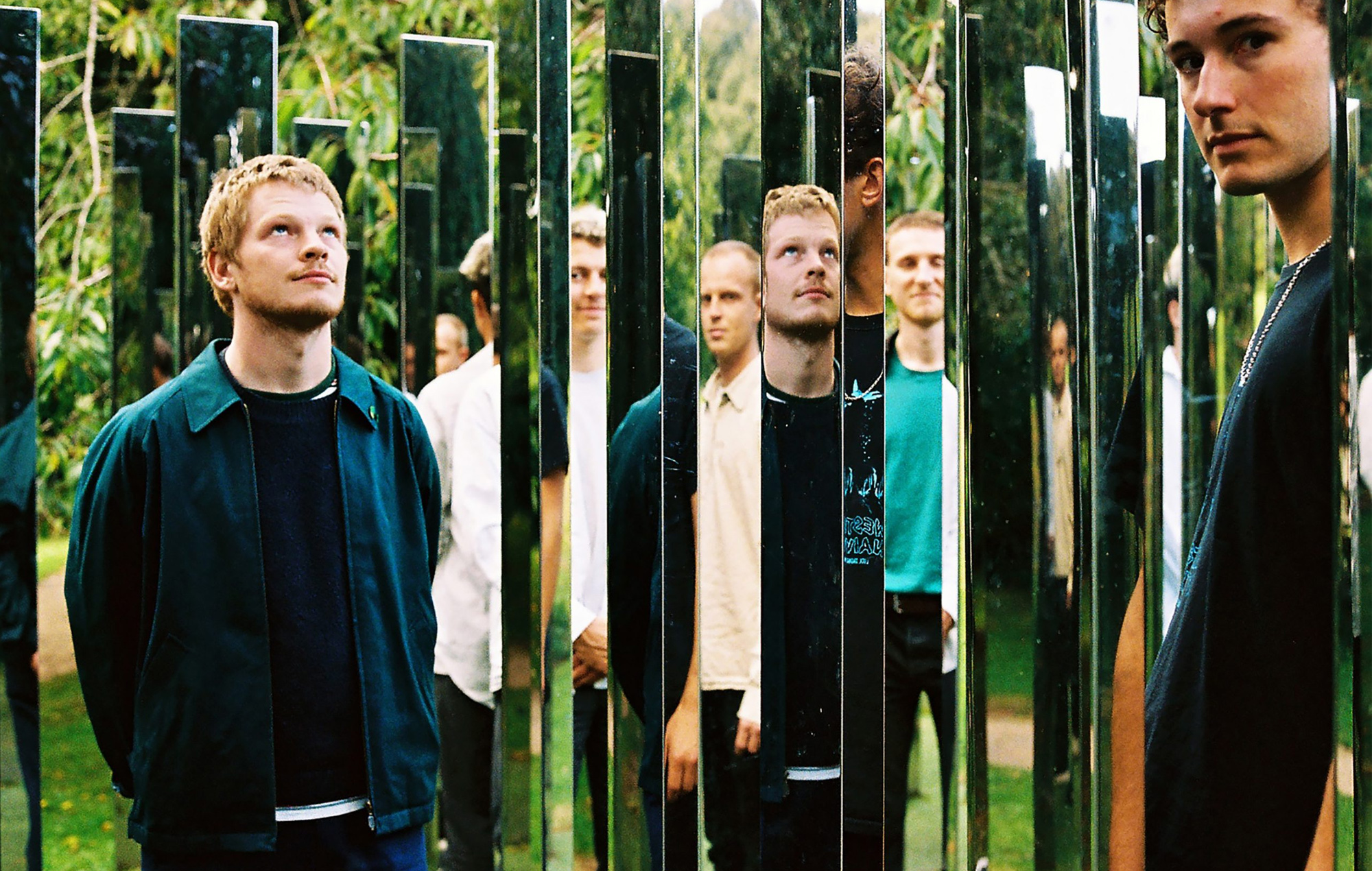 Squid have released another taste of their debut album ‘Bright Green Field’: the single ‘Pamphlets’.

The eight-minute song is the closing track off the Brighton five-piece’s upcoming album ‘Bright Green Field’, which arrives May 7 via Warp Records. The track follows previous singles ‘Narrator’ and ‘Paddling’.

‘Pamphlets’ about “all the rubbish right-wing propaganda you get through your front door,” Squid vocalist, drummer and lyricist Ollie Judge said in a statement. “It imagines a person with that as their only source of news being taken over by these pamphlets.”

In a separate statement on the song, Squid say that ‘Pamphlets’ “is one of our songs that has shape-shifted the most and has always been a staple of our live show when we were able to tour”.

They added, “Out of all the music on Bright Green Field, we’ve played ‘Pamphlets’ the most, and some people might remember it from our gigs. It’s a song that’s also has come full circle, we started it in Chippenham and finished it in Chippenham. An ode to Wiltshire? Possibly – but it was always the song that we knew would finish our first album.”

Listen to ‘Pamphlets’ below.

Squid have also announced a US tour, adding eight Stateside dates in November to an extensive list of gigs in the UK and Europe starting May. Find the full list of Squid’s US tour dates below. Tickets go on sale this Friday.

After Squid release the album, they will embark on the Fieldworks tour of the UK, where they will play work-in-progress music to socially-distanced crowds. Tickets go on sale here at 10am today.

The band will also embark on a headline tour of the UK and Europe from September to October.

Today we’re also finally announcing dates for a US tour later this year! Tickets for the US dates will be live this Friday

+ with so many posters flying around we’ve collated ALL the places you can catch us this year, inc. in the digital realmhttps://t.co/2rOw45YngL pic.twitter.com/dms4LIrwNG

The band promise to preview new music for audiences on tour, previously adding, “We thought that this little tour of places, off the beaten track, would be a great opportunity to show you all some new tunes and some REALLY new tunes.”


Last month, Squid spoke to NME about ‘Bright Green Field’, which they worked on together virtually. “When you’re playing in a room together, you take for granted everyone’s slightly different approaches, but when you’re doing it through .wav files, you can really zoom in on the individual characters,” said guitarist Louis Borlase.