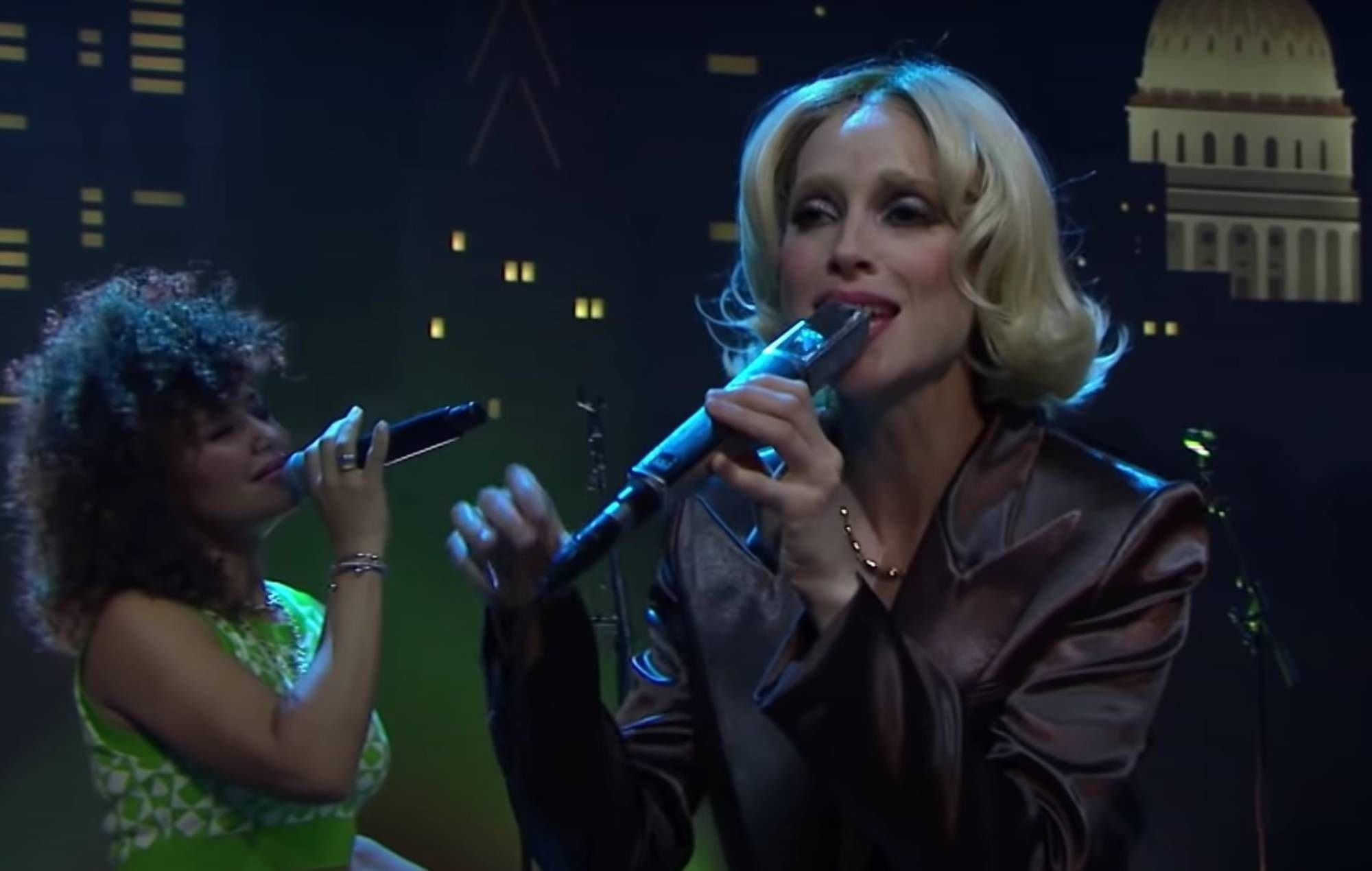 St Vincent covered Fleetwood Mac during her residency on The Late Show With Stephen Colbert.

They covered Fleetwood Mac’s ‘Dreams’ on Friday (July 30) and you can watch the moment here:

On an earlier show, Colbert asked Clark about her Dallas hometown in Texas. After joking about Dallas’ “sibling rivalry” with Austin and Houston, the presenter asked if she’d ever sung the National Anthem at a Dallas Cowboy’s game.

“No, but I’ve been trying to,” Clark said. “They have never taken me up on my offer.” Colbert replied: “Cowboys, you’re passing up an enormous opportunity here.” You can see that moment above.

As Deadline noted last week, St Vincent’s residency is be a part of a new series that will also see artists such as James Taylor and the Eagles’ Joe Walsh take part in a weekly series of gigs on the show.

Taylor is due to take part in the residency next week, followed a week later by Walsh on August 8.

Meanwhile, back in June, St. Vincent covered Eurythmics‘ classic hit ‘Sweet Dreams (Are Made Of This)’ at the Songwriters Hall of Fame 2022 ceremony.

The singer-songwriter kicked off the ceremony with her rendition of the track, ahead of the band’s induction that took place at the Marriott Marquis hotel in New York City.

She later came to the podium to recount the time she first caught a glimpse of the band – featuring Annie Lennox and Dave Stewart – on MTV when a “beautiful, orange-haired androgynous creature appeared wearing a suit and tie.”