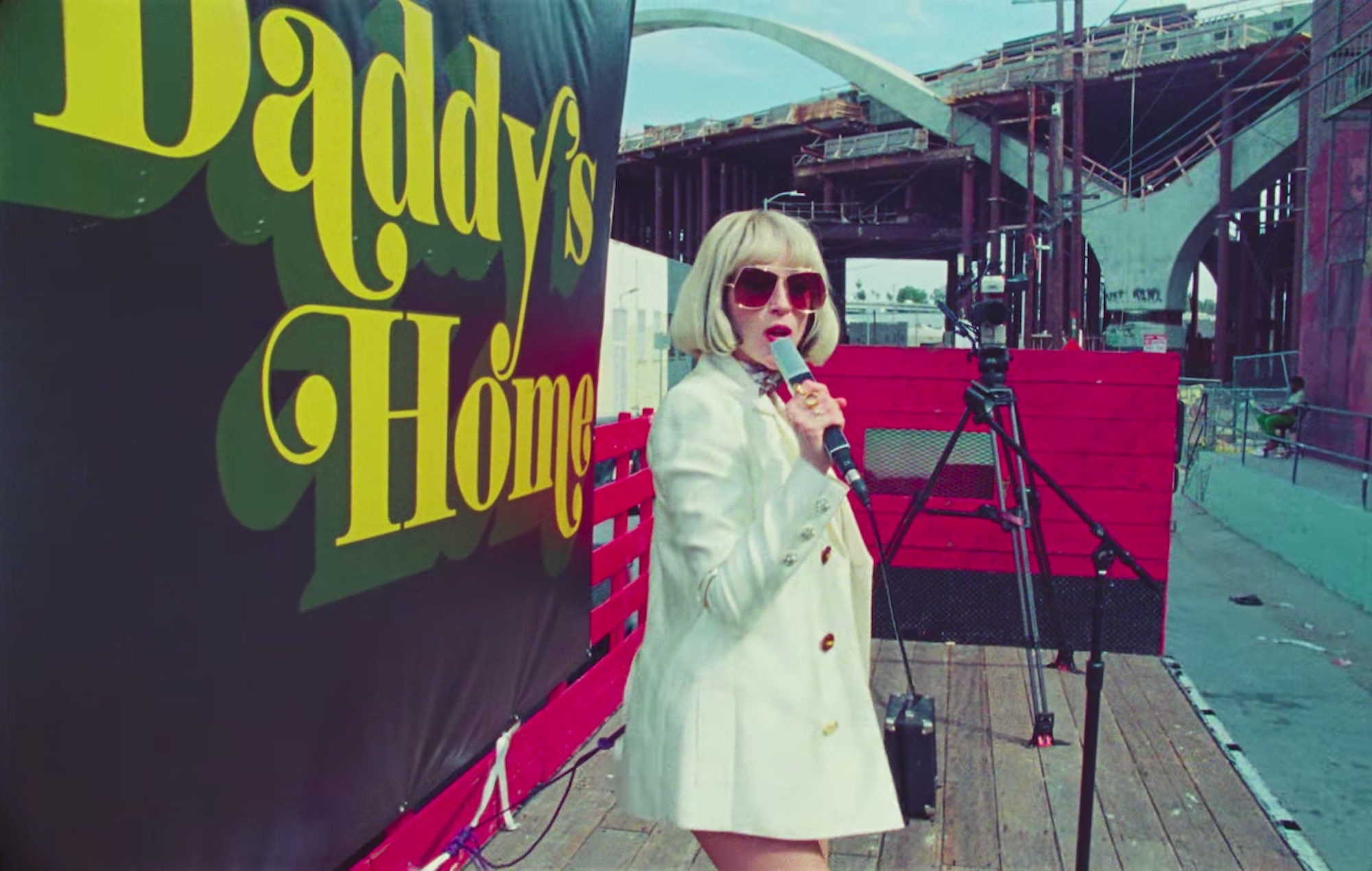 St. Vincent (aka Annie Clark) has shared a music video for the title track from her latest album ‘Daddy’s Home’.

In the Bill Benz-directed clip, Clark rides on the back of a truck down a street, singing and playing guitar. Towards the end of the video, a newspaper flashes onscreen with the headline “DADDY HOME: Singer alleges daddy’s home from back of truck”.

The video is available to watch exclusively on Facebook for now, ahead of its arrival on YouTube this Friday (August 20). Watch it here.

Her sixth studio album as St. Vincent, Clark released ‘Daddy’s Home’ back in May. In a four-star review, NME‘s El Hunt called it the artist’s “most welcoming record yet, defined by an arch humour which also brings its listeners closer than ever, and filled with compassion for the characters who dwell within it”.

The film is described as “a metafictional account of two creative forces banding together to make a documentary about St. Vincent’s music, touring life, and on-stage persona. But they quickly discover unpredictable forces lurking within subject and filmmaker that threaten to detail the friendship, the project, and the duo’s creative lives”.

Clark also recently joined ‘Daddy’s Home’ co-producer Jack Antonoff for a performance of the latter’s Bleachers song ‘What’d I Do With All This Faith?’, taken from latest album ‘Take the Sadness Out of Saturday Night’.

Clark contributed backing vocals for the performance, which was filmed on the rooftop of Electric Lady Studios in New York.