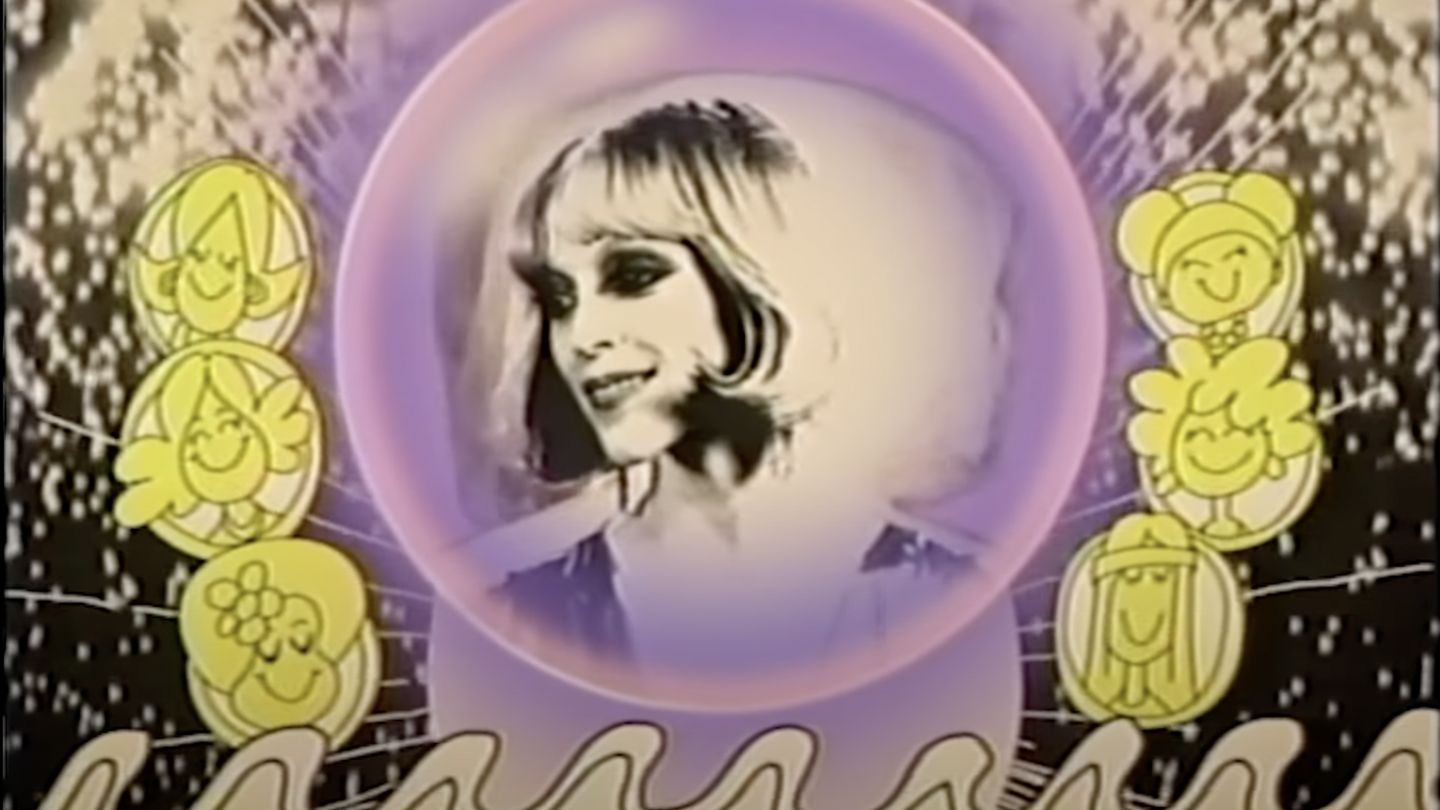 St. Vincent Sings From A Crystal Ball In ‘The Melting Of The Sun’ Music Video

When St. Vincent debuted her newest track, “The Melting of the Sun,” on Saturday Night Live on April 3, she sat the portrait of a ’70s superstar in a heavy fur coat and a glittering white and pink dress, electric guitar in hand. Though it was visually gorgeous, there was a tender, haunting quality to the performance that seemed to shimmer beneath its surface, like a mix of beauty and tragedy.

That contradiction takes center stage in the song’s accompanying music video, which dropped on Wednesday (April 7). Off the 38-year-old singer-songwriter’s upcoming album Daddy’s Home, which will be released on May 14, the clip instantly aligns with the album’s already clear aesthetic. It’s a boldly colored, vintage-inspired, happy-go-lucky dreamscape — at least at first glance.

Co-directed by St. Vincent and Bill Benz, the music video feels instantly reminiscent of Schoolhouse Rock! as it blends old-school animation, filled with bright backgrounds and charming character designs, and live performance. Though it might initially bring back waves of childhood nostalgia, the video’s storyline slowly explores a darker side of life that you’d be hard-pressed to find in the beloved old cartoons.

Instead, it tells the story of the group of heroines referenced in the song — including Marilyn Monroe, Nina Simone, and Joni Mitchell — and compares the stories of gifted female artists and the underlying pain they experienced in the heyday of their entertainment careers to the end of the world. “It’s just the melting of the sun / I wanna watch you watch it burn,” she sings. “We always knew this day would come / it’s just the melting of the sun.”

In March, St. Vincent told Rolling Stone that the single was her ‘love letter’ to these women artists. “People tried to quiet them when they were saying something that was righteous or true or hard to hear,” she said. “[That song] in particular is a love letter to strong, brilliant female artists. Each of them survived in an environment that was in a lot of ways hostile to them.”