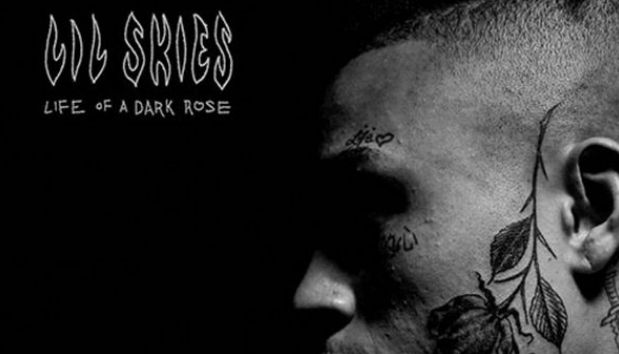 Staying Ahead Of The Curve: Here Is Lil Skies & His New Project

Are you familiar with Lil Skies yet?

If not, maybe you should lend an ear. Lil Skies has really been heating up lately, and the Chambersburg, Pennsylvania rapper is ready to display his talent on his new project, "Life Of A Dark Rose".

Only 19 years old, he's been making music for a few years. The internet, specifically, No Jumper, Lyrical Lemonade and CUF Boys took him from the middle nowhere to the next go-to guy in Hip Hop.

His first stand out single “Red Roses” made quite some noise, but songs like “Signs Jealousy”, “Now A Days”, and “Rude” have made a name for him alongside his frequent collaborator, Landon Cube.

There are rumors he has inked a deal with Atlantic records, Mike Caren, and Jeff Vaughn, but nothing has yet to be announced or confirmed.  After this project, it's almost a guarantee that other artists in the game will be paying attention.

The two would reunite through tragedy, as the younger stepped in to help his estranged father after a near fatal work explosion permanently disfigured him. The rehabilitation would help them reconcile while fueling Lil Skies' defiant purist expression, including a growing interest in tattoos as tributes and affirmations.

Explore this new artist in depth below: