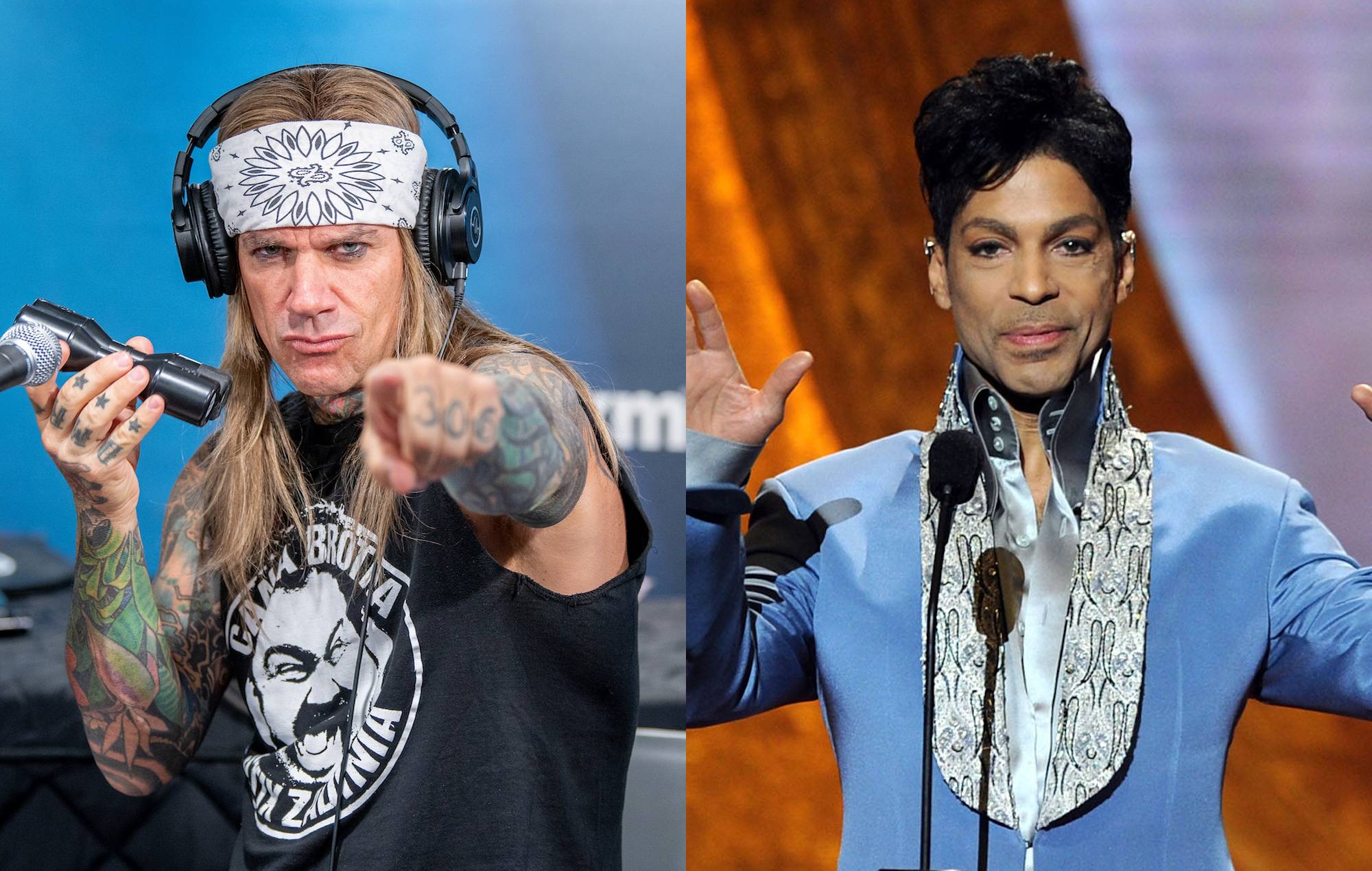 Steel Panther drummer Stix Zadinia has recalled the time he crossed paths with Prince in a new interview.

Speaking to New York’s Q104.3, the drummer remembered playing with an old covers band of his in San Francisco.

“I was in a band a long, long time ago. We were doing disco covers many years ago up in San Francisco,” Zadinia remembered. “And Prince played at the ‘Shark Tank,’ which is the San Jose hockey arena.

“After his shows, he would find a club in a nearby city and he would go in. And his deal was, ‘Hey, I’m Prince. I’m gonna come play your club after hours. I’m gonna charge at the door and keep the door. You keep the bar.’ And the club goes, ‘Okay. Cool.’”

He continued: “So word gets out. We were the house band — just kind of a no-name house band at the time. And Prince borrows our gear. Because he doesn’t wanna bring gear, and I understand it.

“So he goes on an hour late. We get kicked out of our own dressing room. Prince goes in there. You’re not allowed to look at Prince. But he plays the guitar, and then at the end, he holds the guitar up over his head and he drops it behind him onto the ground. And my guitar player is, like, ‘What the fuck?’

“Then he switches and he plays bass. And after the song, he takes the bass and he sets it diagonally on the floor and the drum riser, so it’s just at an angle. And he takes his little tiny Prince foot and he [breaks] the neck.”

He added: “At the end of the show, we came up to his manager and his entourage, and we go, ‘Dude, what is the deal?’ And the manager flips our guitar player. He goes, ‘Here’s a hundred bucks.’ And he gives our bass player another hundred bucks. He goes, ‘Here you go. Go get it fixed, guys.’ And they left. And we were just standing there… It was some serious assholery going on.”

The recording will feature on the upcoming expanded reissue of the late artist’s 1987 album ‘Sign o’ the Times’, which is set for release on September 25.