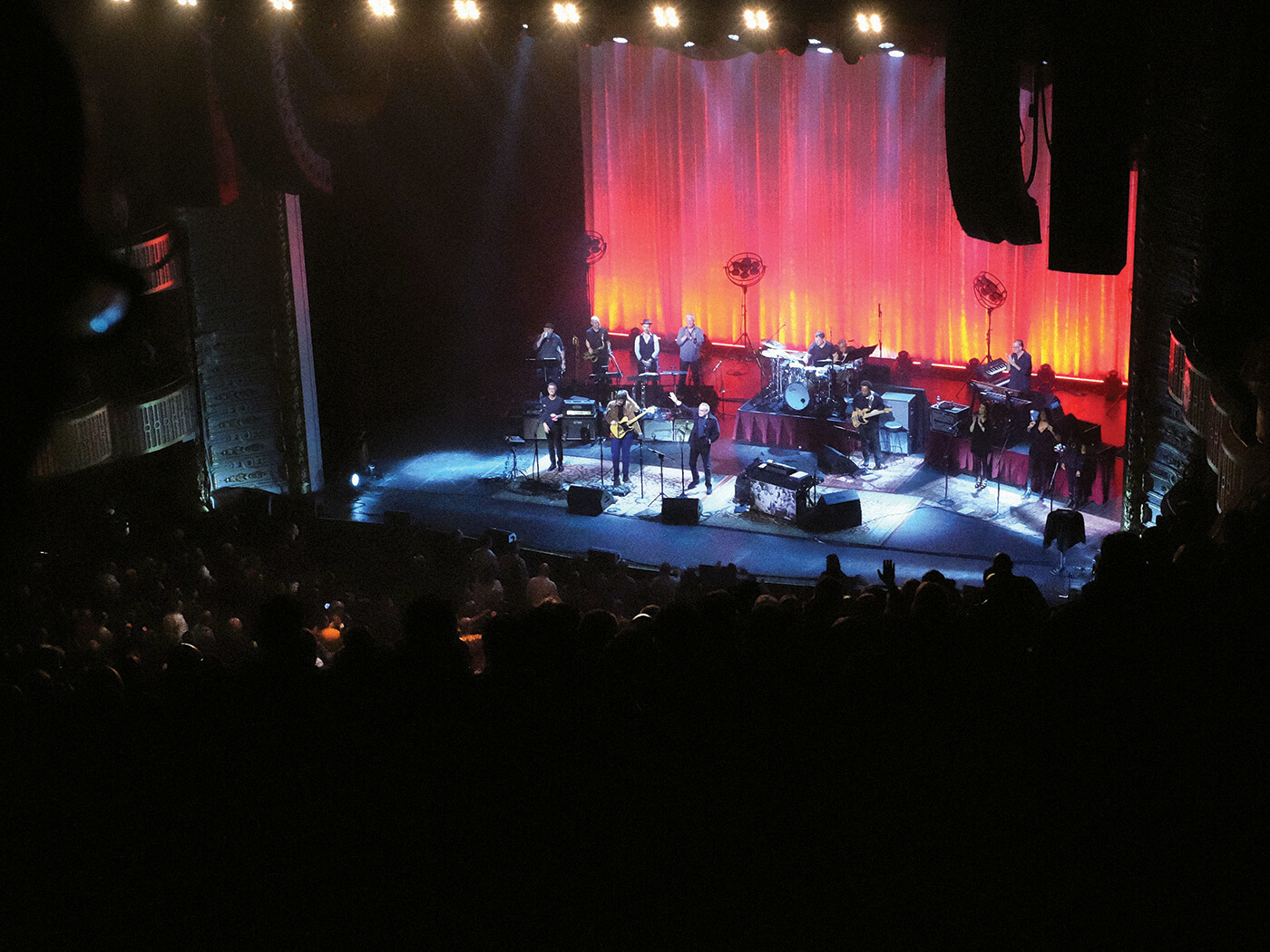 Steely Dan have a well-deserved reputation as the ultimate studio band. During their 1970s heyday, Walter Becker and Donald Fagen became increasingly meticulous when it came to session musicians and state-of-the-art recording techniques, creating LPs that still stand as the epitome of sonic perfectionism for the era. That elevated level of craftsmanship always carried with it a healthy dose of irony, of course. Steely Dan’s records sounded perfect but the jaded, wasted and weird characters who populated
the lyrics were the opposite.

Preferring the hermetically sealed environment of the studio to dingy clubs and theaters, Becker and Fagen stopped touring in the mid-1970s. Unlike most of their classic rock peers, there’s no double-live Steely Dan collection from the era to enjoy (though the curious should seek out the various bootlegs and radio broadcasts that circulate on the web). Until now, the only official live album of the band was the slightly underwhelming Alive In America, recorded during their first reunion tours in 1993 and 1994. The new Northeast Corridor: Steely Dan Live! and a live remake of Fagen’s The Nightfly, both recorded on tour in the US in 2019, add a considerable (if relative) weight to the band’s live legacy on record.

Purists will no doubt point out that the group as documented on these two releases is missing an essential ingredient: Walter Becker himself, who passed away of esophageal cancer in 2017. While his elegant, understated playing is certainly missed, Becker’s spirit inevitably looms over Northeast Corridor, which cherry-picks some of his and Fagen’s finest compositions. Predictably, most of the selections come from the 1970s – though the one post-reunion number included is perhaps a sly nod from Donald to his departed co-founder and longtime friend: Things I Miss The Most, from 2003’s Everything Must Go, is a divorcee’s lament but it’s more sweet than bitter here, a wistful look back. “The days really don’t last forever but it’s getting pretty damn close,” Fagen sings, “and that’s when
I remember the things I miss the most”.

Anyway, one can only imagine that Becker would likely approve of Northeast Corridor. Steely Dan’s latter-day lineup plays impeccably and they’re captured with well-nigh studio-worthy sonics. Most importantly, those intricate arrangements that Becker and Fagen slaved over back in the day remain firmly in place, for the most part. Now, you may ask what the point of such painstaking recreations is when you can just go put Aja on the turntable. But while Fagen and co show no interest in wholly reinventing Steely Dan’s most beloved songs, the live setting does add a vital spark to them. Think of Steely Dan these days in the same terms as the late-period Duke Ellington Orchestra – a powerfully swinging repertory ensemble with nothing to prove but plenty to give.

And give they do over the course of Northeast Corridor’s dozen tracks. A special shoutout must be given to drummer Keith Carlock, whose superb kit work has been driving the band since the late 1990s. Steely Dan’s grooves are nothing if not demanding and their studio records feature some of the greatest drummers of all time (Jim Gordon, Bernard Purdie, Steve Gadd and others). But Carlock makes it all feel effortless, whether finding a deliciously crisp funkiness on Hey Nineteen or rollicking through Reelin’ In The Years”. He grabs the spotlight on Aja’s title track, taking Gadd’s famous drum solo into exciting new territory. This ever-luminous song is Northeast Corridor’s high point, an ambitious collective undertaking that captivates throughout its eight-plus minutes, showcasing the dazzling skills of this group, from keys to horns to guitar to backing vox.

Those skills are also on full display on The Nightfly Live – as advertised, a start-to-finish run-through of the songwriter’s 1982 solo debut. Musically, the apple didn’t fall too far from the tree when it came to Fagen away from Steely Dan but The Nightfly does have a more personal vibe to it; Fagen once called it “vaguely autobiographical”, a concept album that’s equal parts nostalgia for and satire of the baby boomer generation. Presented here, it’s as good as ever, with the horn section adding a warmth that’s absent in the somewhat synth-ier textures of the original, which utilised early digital recording techniques.

What stands out most is how strong a vocalist Fagen remains even in his seventies. His voice is soulful and wry throughout, his phrasing immaculate; Don’s idol, Ray Charles, would be proud. Fagen sounds like he’s having a ball, romping through Leiber & Stoller’s Ruby Baby, and crooning a beautifully blue The Goodbye Look. Fagen’s lyrics almost always contain some amount of cynicism but The Nightfly onstage gives off mostly positive vibrations. “What a beautiful world this will be/What a glorious time to be free,” Fagen sings in the opening IGY. It’s a sentiment that shouldn’t be taken at face value but one can’t help but give in to the naïve optimism as the cooing backup vocals and swelling choruses lift the song into the stratosphere.

Neither The Nightfly Live nor Northeast Corridor’s remakes will replace the originals, of course. But both serve as effective calling cards for Steely Dan in the 21st century – the ultimate studio band transformed into the ultimate live band.