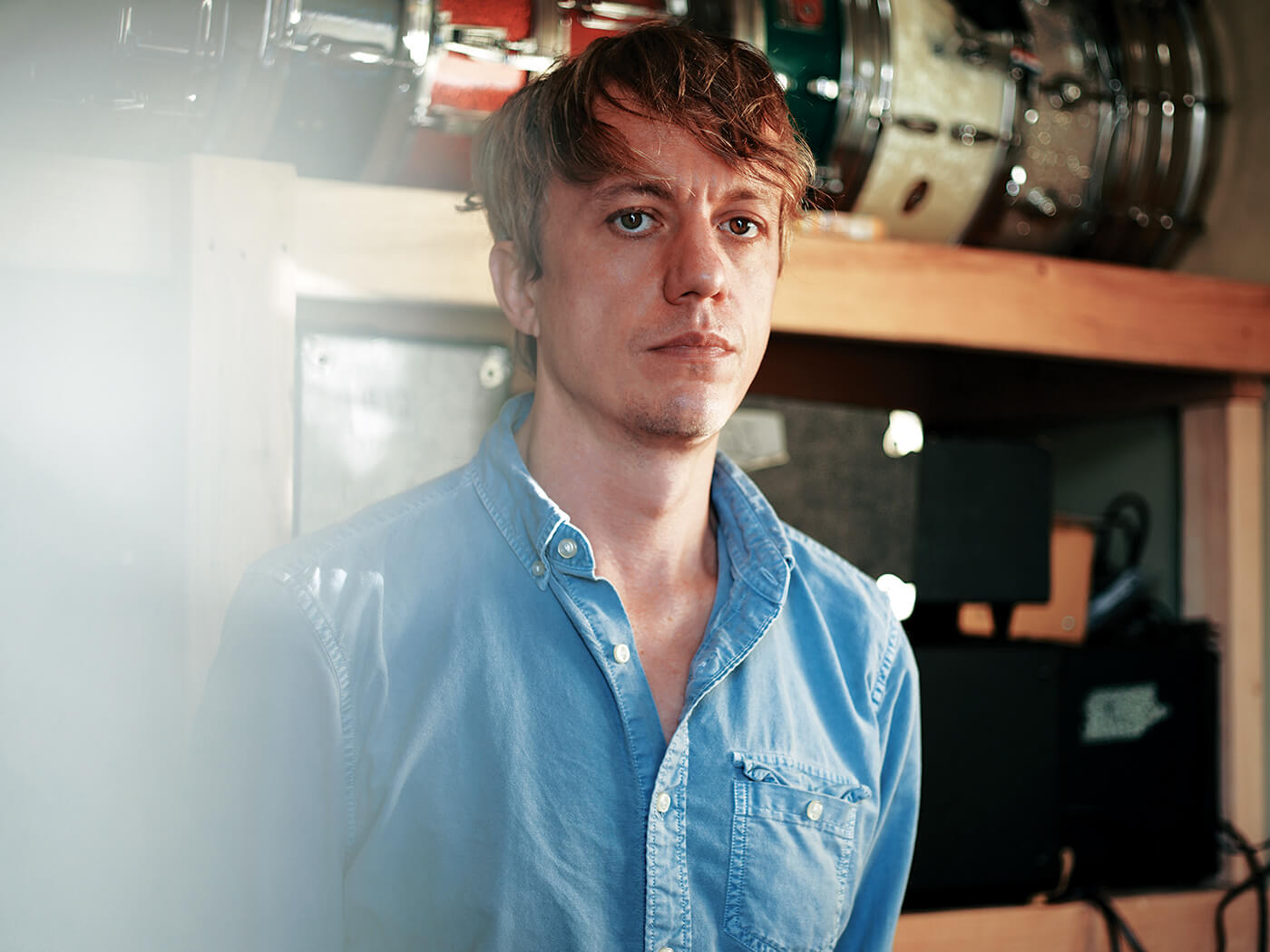 Steve Gunn – Other You

Steve Gunn likes to paint a beautiful picture, then scribble all over it. Fulton, the second song on his new album Other You, opens with stray piano notes and organ chords twined around a striding guitar strum, as Gunn muses on finding calm and stillness. “The night felt so quiet, listening to the silence,” he sings, then the electric guitar rampages into the song, thick and staticky and tangled, intruding on Gunn’s contemplation and lingering on the fringes of the song like a gremlin in the works. The solo doesn’t quite fit the mood or the sound of the song, but that’s the whole point: there can be a peculiar beauty in such stark contrasts between sounds, in the interruptions of our everyday reveries.

Other You is full of similar moments of lovely friction and disruption. His solo in On The Way sounds heraldic, majestic in a prog-rock sort of way, upending the song’s understated sense of anticipation. “The Painter” makes space for a dust-up between a Spanish guitar and what sounds like a drunken mandolin making trouble at the bar. A strange two-note theme gusts through Good Wind, played on some unidentifiable instrument or possibly by some otherworldly entity. It could have been unsettling, but instead it reinforces the song’s off-kilter optimism. The result is a record that is all the more beguiling for sounding so fidgety and mercurial. Gunn introduces a new guitar tone on every song, and the other instruments swim in and out of the mix, surfacing briefly then submerging again, lending the songs a gentle, swirling psychedelia. The true constant is his voice, which he pushes to the forefront of these songs, and he sounds more engaged and more vulnerable than ever. Other You is not only his best album in some years, but also his most human.

Gunn is an odd sort of guitar hero, one who definitely has the chops to shred and wail with the best of them but who seems unconcerned with showboating or self-regarding displays of virtuosity. No bowing his Flying V with a Stradivarius for him. He’s more interested in tone and texture, how the sound of an instrument might comment on the song he’s singing, how it might fit into an arrangement and bounce off the other elements. If that occasionally leads to a brainy kind of folk music full of odd tunings and deadpan vocals, it also means that his playing always serves the song, not vice versa.

That approach, along with his keen curiosity about an array of styles and traditions, has made him a sensitive and prolific sideman, so much so that his collaborations outnumber his solo albums. A teenage hip-hop fan growing up in Philadelphia, he toured with his first hardcore punk band before he was old enough to drive the van, then became fascinated with Indian classical music, avant-garde composers, psych rockers, folkies from every continent. Even while recording excellent albums under his own name – including 2013’s Way Out Weather, a high point – he frequently teamed up with his contemporaries and heroes to create a mirror catalogue that stretches from the Southern folk strut of Hiss Golden Messenger to the hallucinogenic Appalachian folk of The Black Twig Pickers, from the gritty folk of Michael Chapman to the experimental noise of drummer John Truscinski.

Even as a solo artist, the sideman remains. Gunn nestles himself deep into his songs, merely one player in a large band. His brightest and most vivid record, Other You nearly sounded like something completely different. Around the time he released 2019’s relatively monochromatic The Unseen In Between, he reconnected with his friend Justin Tripp, who played on several of his early records, and they exchanged ideas and traded playlists for months. Together, they gradually unspooled Gunn’s stray melodies and lyrics into finished songs, but their first sessions in early 2020 were cancelled for obvious reasons. That lull gave Gunn the opportunity to break those songs back down and build them up in new directions, and this version of Other You sounds all the more colourful, distinctive and affecting. “New mutations, old salvations,” he sings on Circuit Rider, “ease a troubled mind”.

When he finally recorded the album in Los Angeles with Tripp and producer Rob Schnapf (Beck, Elliott Smith, many others), he took with him a small but skillful backing band, including drummer Ryan Sawyer (TV On The Radio, Stars Like Fleas). They’re at their best on standout Protection, which opens with Gunn playing a few stray notes like he’s picking them up off the floor. The rhythm section comes with a jittery kosmische rhythm that’s part dub, part coffeehouse jazzbo ensemble, and Tripp’s Morse-code bassline anchors the song even as the other instruments threaten to peel away from it.

The title track in particular sounds slightly unsettled, with glimpses of piano and electric guitar, all held together by Tripp’s fidgety bassline and Sawyer’s insistent click of drumstick against snare rim. It culminates in an extended outro full of guitars spiralling forwards and backwards, building toward a climax even as they casually unravel the song. When he pleads for protection and “cool, clear direction”, it seems Gunn is posing those questions to his fellow musicians. “Can you play it over and over?” he asks them. “Such lovely noise in the sky.”

Even when his lyrics seem impenetrable on the page, his performances pull out the meanings in the words and lend them gravity. Gunn’s vocal range, both octaval and expressive, has traditionally been limited, yet he’s always made the most of it. Here he finds new dimensions, rethinking his phrasing, tone and cadence. Gunn harmonises with himself through the album – a new trick that brings out some of the natural grain and colour in his voice. His voice sounds both forceful but also casual on Morning River, where he’s joined on the choruses by Bridget St John.

Music – whether made by him or made by others – provides both shield and compass, a salve against confusion and isolation. When he digs for “precious metal memories” on the title track and traces the “curvature of rock”, he’s not shovelling soil but rifling through his record collection, chasing a feeling into a favourite song. By album’s end he’s directing his questions outward, seeking connection through his own music. “I’m not in the best place in my mind,” he confesses on Ever Feel That Way. “Have you ever been there?” As the song packs itself up and puts itself away, that question becomes a poignant request for empathy, perhaps with that other you he’s been singing about.

Reflection, the album’s standout, opens like no other Steve Gunn song: with a keyboard. The simple chords vaguely recall the Fender Rhodes on Aretha Franklin’s I Never Loved A Man (The Way That I Love You), but the song itself is more Todd Rundgren. It’s delicate, with air around the notes and vocals, at least until the band enters with a roll of Sawyer’s snare. He might be singing about the experience of listening to music, how he can get lost in an album, lose track of the hours, and the song becomes something like a valentine to his musical heroes. “Plays in the big orchestra, follows along the rhythm,” he sings. “They come extend the days.” And of course the song is interrupted by a guitar solo, this time a huge, mushrooming sound that is worn and scuffed, shrill but oddly beautiful, out of place but a perfect fit.