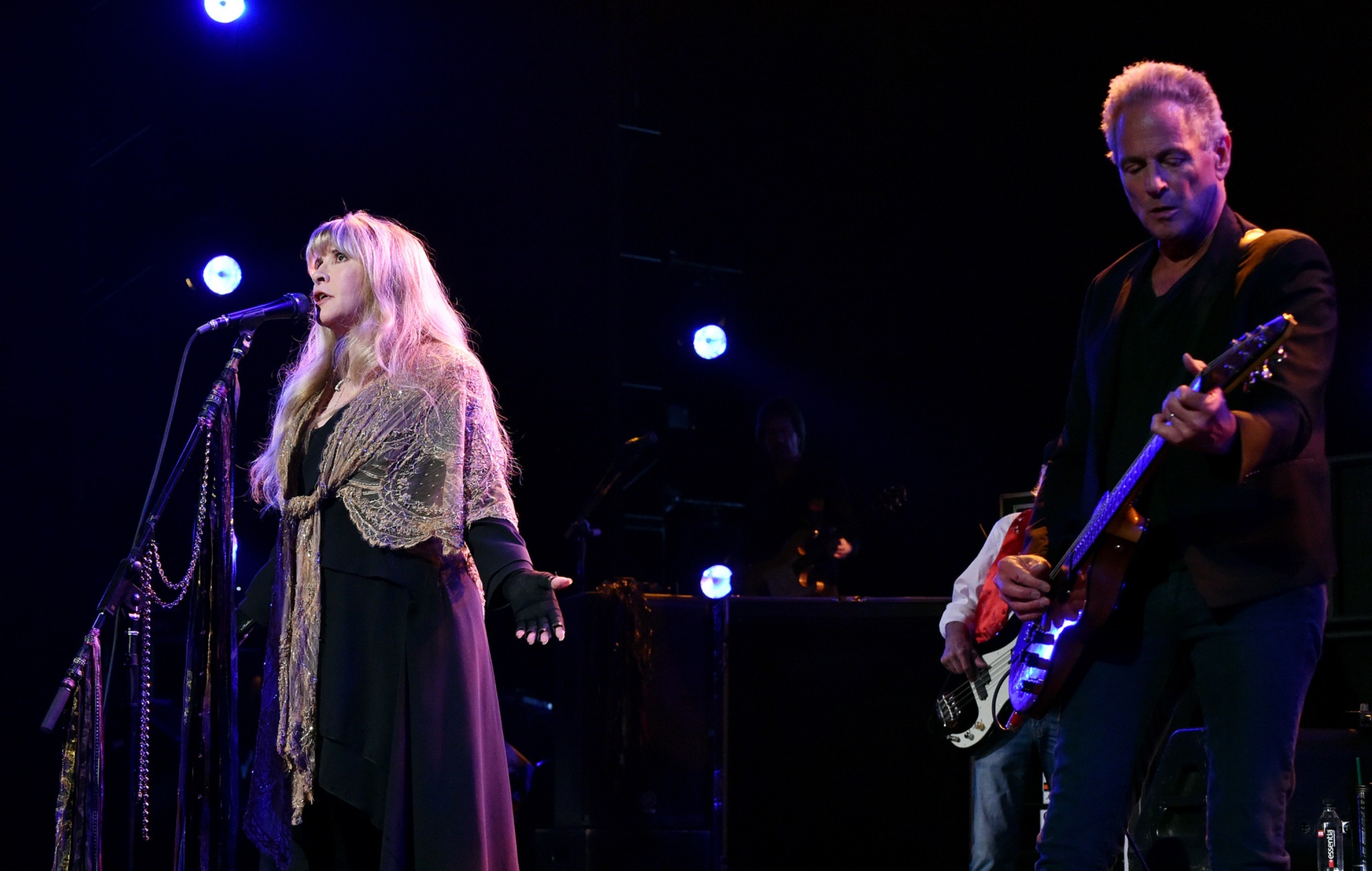 Stevie Nicks has made her first public statement on her bandmate and ex-partner Lindsey Buckingham‘s exit from Fleetwood Mac three years ago.

The guitarist was fired from the veteran group back in 2018, and was replaced by Tom Petty And The Heartbreakers’ Mike Campbell and Crowded House’s Neil Finn. At the time, it was reported that his exit came following “a disagreement over the band’s upcoming tour”.

In July this year, Buckingham blamed his exit on Nicks, saying the band’s manager Irving Azoff told him, “Stevie never wants to be on a stage with you again.”

Now, Nicks has responded in a statement to Rolling Stone, accusing him of telling a “revisionist history” of what happened.

Her statement in full says:

“It’s unfortunate that Lindsey has chosen to tell a revisionist history of what transpired in 2018 with Fleetwood Mac. His version of events is factually inaccurate, and while I’ve never spoken publicly on the matter, preferring to not air dirty laundry, certainly it feels the time has come to shine a light on the truth.

“Following an exceedingly difficult time with Lindsey at MusiCares in New York, in 2018, I decided for myself that I was no longer willing to work with him. I could publicly reflect on the many reasons why, and perhaps I will do that someday in a memoir, but suffice it to say we could start in 1968 and work up to 2018 with a litany of very precise reasons why I will not work with him.

“To be exceedingly clear, I did not have him fired, I did not ask for him to be fired, I did not demand he be fired. Frankly, I fired myself. I proactively removed myself from the band and a situation I considered to be toxic to my well-being. I was done. If the band went on without me, so be it.

“I have championed independence my whole life, and I believe every human being should have the absolute freedom to set their boundaries of what they can and cannot work with. And after many lengthy group discussions, Fleetwood Mac, a band whose legacy is rooted in evolution and change, found a new path forward with two hugely talented new members.

“Further to that, as for a comment on “family”—I was thrilled for Lindsey when he had children, but I wasn’t interested in making those same life choices. Those are my decisions that I get to make for myself. I’m proud of the life choices I’ve made, and it seems a shame for him to pass judgment on anyone who makes a choice to live their life on their own terms, even if it looks differently from what his life choices have been.”

Meanwhile, Buckingham is set to release his new self-titled solo album on September 17. He has previewed the project with the singles ‘I Don’t Mind’ and ‘On The Wrong Side’.