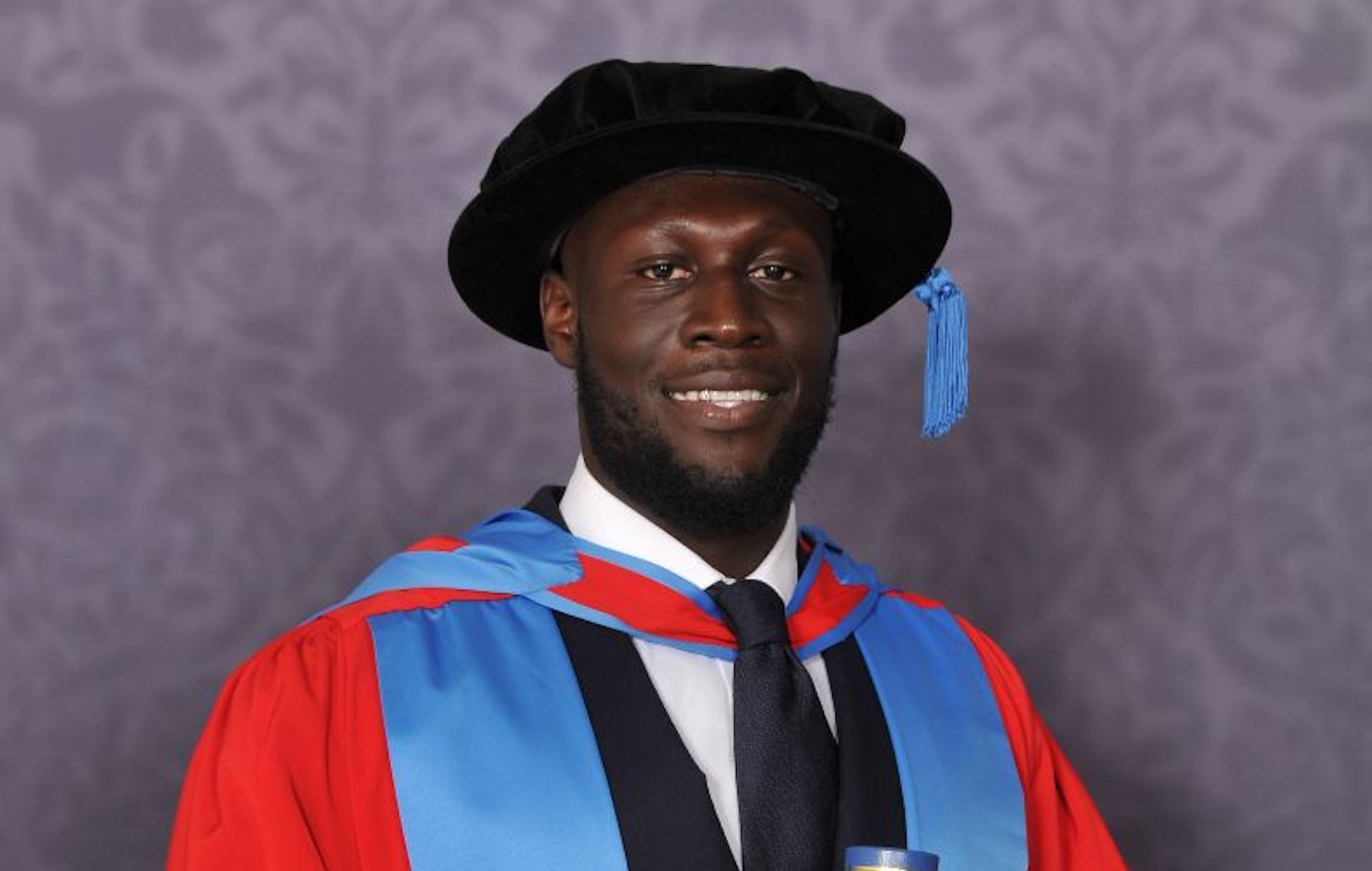 Stormzy given honorary degree by University of Exeter

Stormzy has been given an honorary degree by the University of Exeter – watch him give a speech at the graduation ceremony while collecting the diploma below.

The rapper (real name is Michael Owuo Jr.) was given the degree in recognition of his “remarkable contribution to society and extraordinary talent”.

Professor Lisa Roberts, University of Exeter’s Vice-Chancellor described the star as “an outstanding musician and wordsmith [who] inspires people to speak openly about their beliefs and fight for their rights”.

She added: “The University of Exeter has put social justice at the heart of its new ten-year strategy which includes opening doors to people from all walks of life into higher education and it was wonderful to hear Michael’s powerful speech today to students and graduates.”

Stormzy addressed the graduating class while receiving the honour, praising them for having “the guts and the grit and the dedication that it takes to study for years and to finish your degree”.

“I got my AS results in my first year of college and said ‘Yeah, see you later’,” he said, reflecting on his own time spent in education. “I didn’t have the same minerals that you guys have. A year later I took another swing at my A levels at a different college… until I sat down for my English exam in January and walked out after 10 minutes.”

He continued: “It took a hell of a lot for you to get here today. Your journeys to get to this moment were hard-fought. The road you took was not easy. And this is coming from someone who tried to walk that exact same road and failed. So from the bottom of my heart, I say congratulations, well done and you should all be so proud of yourselves, what you have achieved is incredible. Don’t let anybody downplay it and don’t let anybody undermine it. If you are sat in this room today you are worthy and you are brilliant.”

He also shared why he had been told he was being given the degree and his response to it. “When I asked what exactly am I receiving this honour for I was told, and I quote, ‘It is in recognition of your outstanding achievements in the field of higher education, philanthropy and widening participation’, and I was like, ‘Rah boy… check me out. They’re calling lil’ old Mike a philanthropist,’” he said.

You can watch Stormzy accept the diploma and give an acceptance speech above around the 1:10:10 mark.

As well as being one of the UK’s biggest music stars, Stormzy runs his own #MerkyBooks imprint in partnership with Penguin Randon House UK, through which he gives young and underrepresented authors the opportunity to publish their fiction, non-fiction and poetry.

He has also established the Stormzy Scholarship, which supports Black British students through their education at the University of Cambridge. So far, six students have been helped by the fund, while last year saw HSBC donate £2million to support a further 30 Stormzy Scholars in the next three years.

Meanwhile, the star recently surprised the crowd at Knucks’ show at London’s KOKO when he joined the rapper on stage to perform their collaboration ‘Die Hard’. Loyle Carner and Venna also appeared on stage during the show for a rendition of their track ‘Standout’.