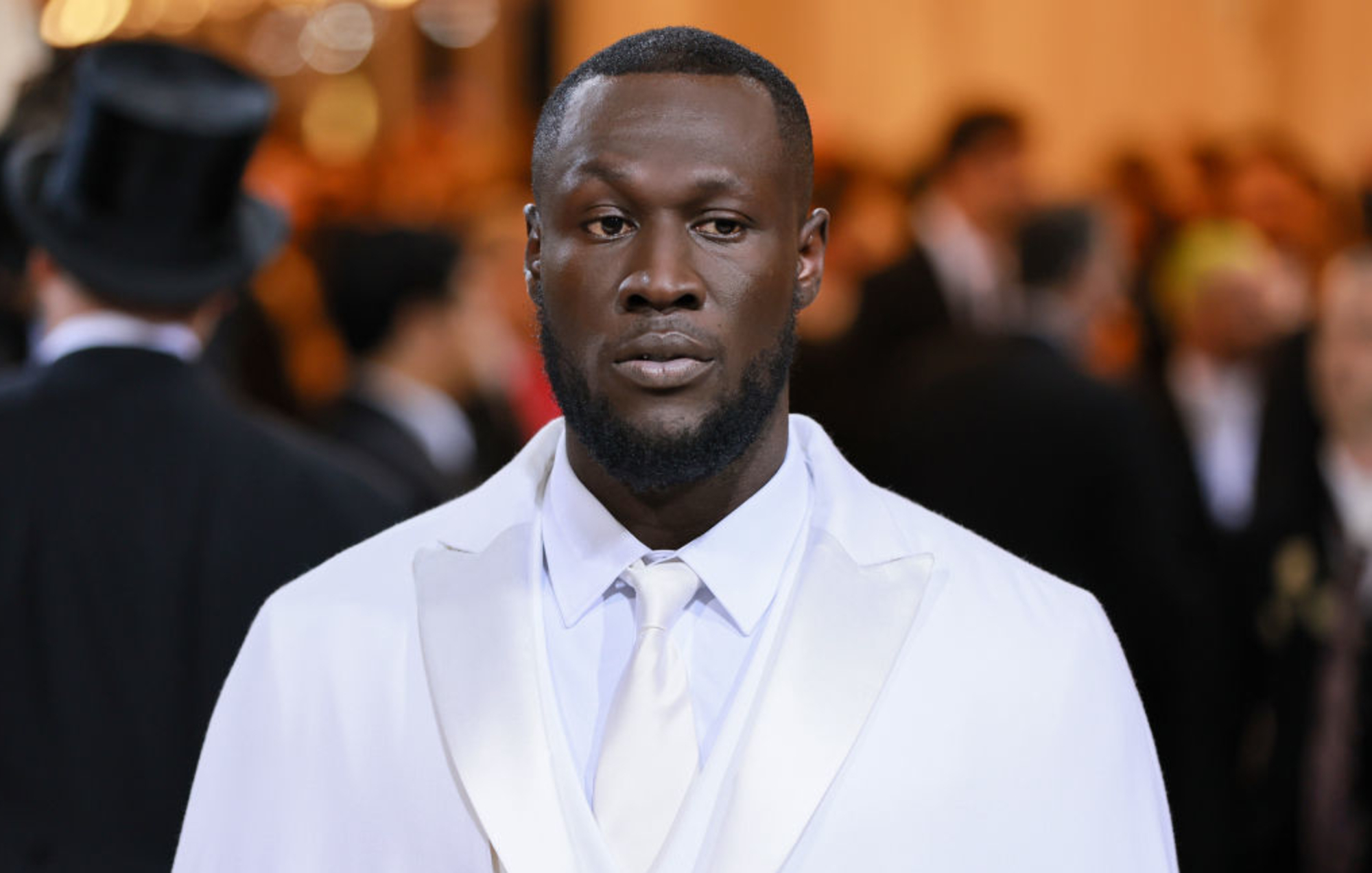 Stormzy made his Met Gala debut in New York last night (May 2), wearing a custom-made Burberry suit and cape.

The Croydon rapper, who wrapped up his UK and Ireland arena tour last month, joined the likes of Billie Eilish, Jack Harlow, Olivia Rodrigo, Nicki Minaj and Anderson .Paak at the 2022 edition of the annual fundraising event at New York City’s Metropolitan Museum of Art.

This year’s fashion theme for the Met Gala was ‘Gilded Glamor and White Tie’. Stormzy, who recently announced his third studio album, wore a custom-made white Burberry wool cape and a three-piece tuxedo with satin lapels, which was designed by Riccardo Tisci.

You can see Stormzy’s Met Gala attire below:

Speaking on the red carpet, Stormzy said he was “nervous” about the event. “It’s a lot different but it’s amazing. I’m just going to embrace it,” he told Vogue (via Evening Standard). “Usually I wear all black a lot of the time… so it’s nice to shine today.

“It’s a lot different when you see them on the telly,” he added. “So I’m just going to get some selfies, have a little drink and chill out and take it all in.”

Ahead of the event, Stormzy’s stylist Melissa’s Wardrobe shared some behind-the-scenes shots of the 0207 Def Jam rapper getting ready. “Never judging anyone’s Met Gala outfit ever again,” she captioned an image on her Instagram Stories. “Not an easy job at alllllllllll.”

The actor and musician appeared alongside Michele at the event, wearing matching cream-coloured Gucci tuxedos with identical bow ties, clutch bags and hair styles for this year’s theme, ‘In America: An Anthology of Fashion’.

Lily Allen has also responded to fans who have been comparing Kylie Jenner’s Met Gala dress with her bridal-inspired outfit from V Festival.