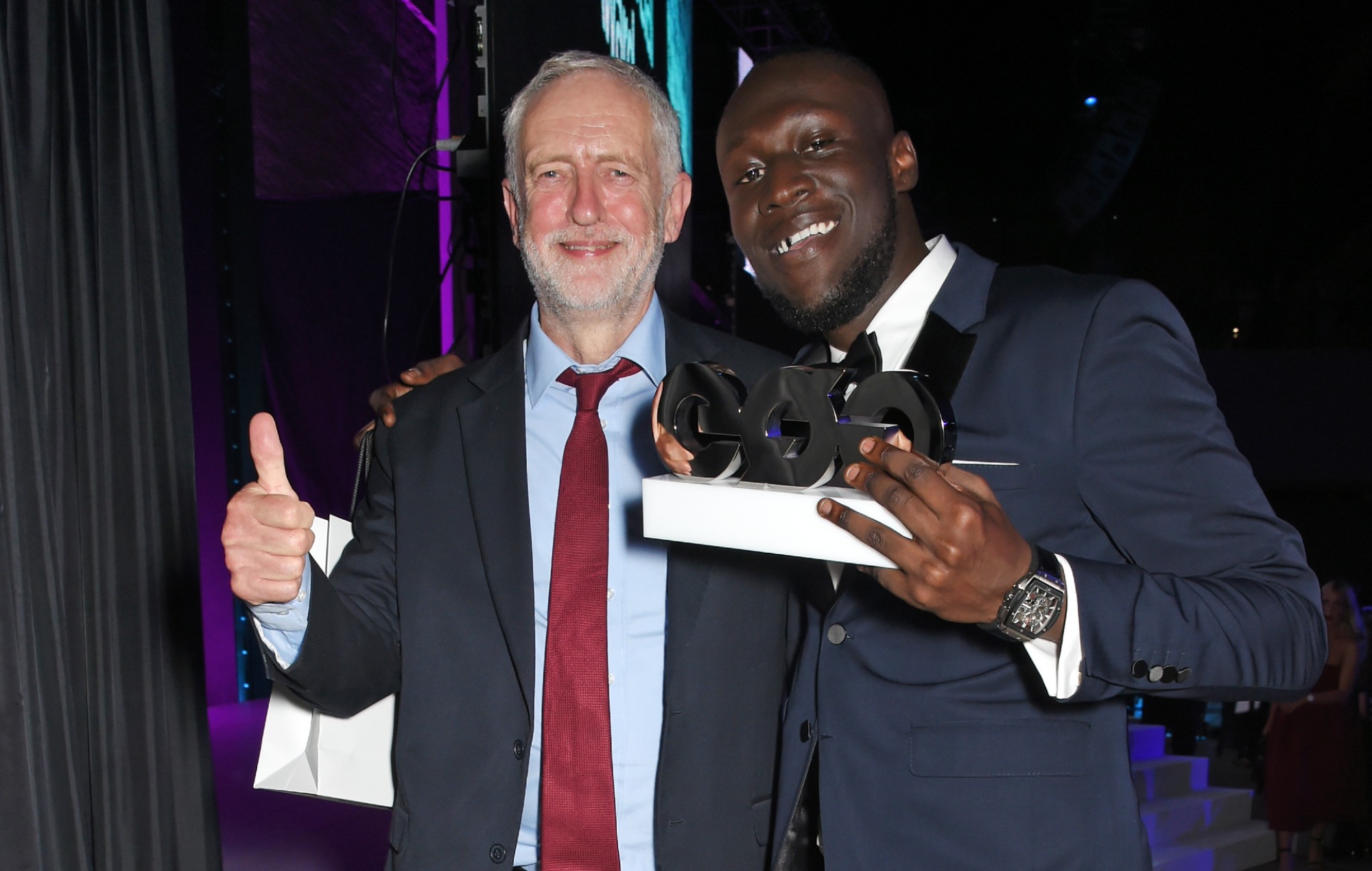 Stormzy speaks out on Jeremy Corbyn: “I just thought so highly of him”

Stormzy has spoken out about the way Jeremy Corbyn was “vilified” during the December 2019 general election.

The London rapper, whose new album ‘This Is What I Mean’ is out next week, opened up about his continued support for the former Labour leader in a new interview.

Stormzy pledged his support for Corbyn back in 2019, who he said was the “first man in a position of power who is committed to giving the power back”.

In a new cover interview with British GQ, the rapper was asked how he felt about the election, which saw the Conservative Party win a majority and ensured Boris Johnson would remain Prime Minister.

“It’s like when you encourage children to make the right decision and they make the wrong one even after you’ve explained everything. And you think, A’ight, that’s your decision… you try have your cake and eat it then,” he said.

“Even the way things have panned out… I’m not gonna say I told you so, but…”

He added that it was “really disheartening” to see how Corbyn was vilified at the time by British media.

“I mean if he’s the villain in the grand scheme of things, then shit’s madder than I ever thought because whatever your politics or your policies, that’s one thing. But in terms of his intentions they were 100 per cent for good. I mean, if we’re talking about superheroes against evil villains, I know he was for good. And the way people spun it, I just thought, ‘Wow, this is scary’.”

The politician’s respect towards the grime star was mutual, with Corbyn remarking in 2019 that Stormzy’s Glastonbury headline performance would “go down in our country’s cultural history”.

Elswhere in the interview, Stormzy recalled feeling reinvigorated by the Black Lives Matter protests in 2020, adding: “I think something changed in the sense that the calls were universal. ‘We’ve had enough… everyone’s had enough.’ And people weren’t saying it in a timid way.”

At the time, Stormzy pledged to donate £10million over 10 years to “organisations, charities and movements that are committed to fighting racial inequality, justice reform and Black empowerment within the UK”.