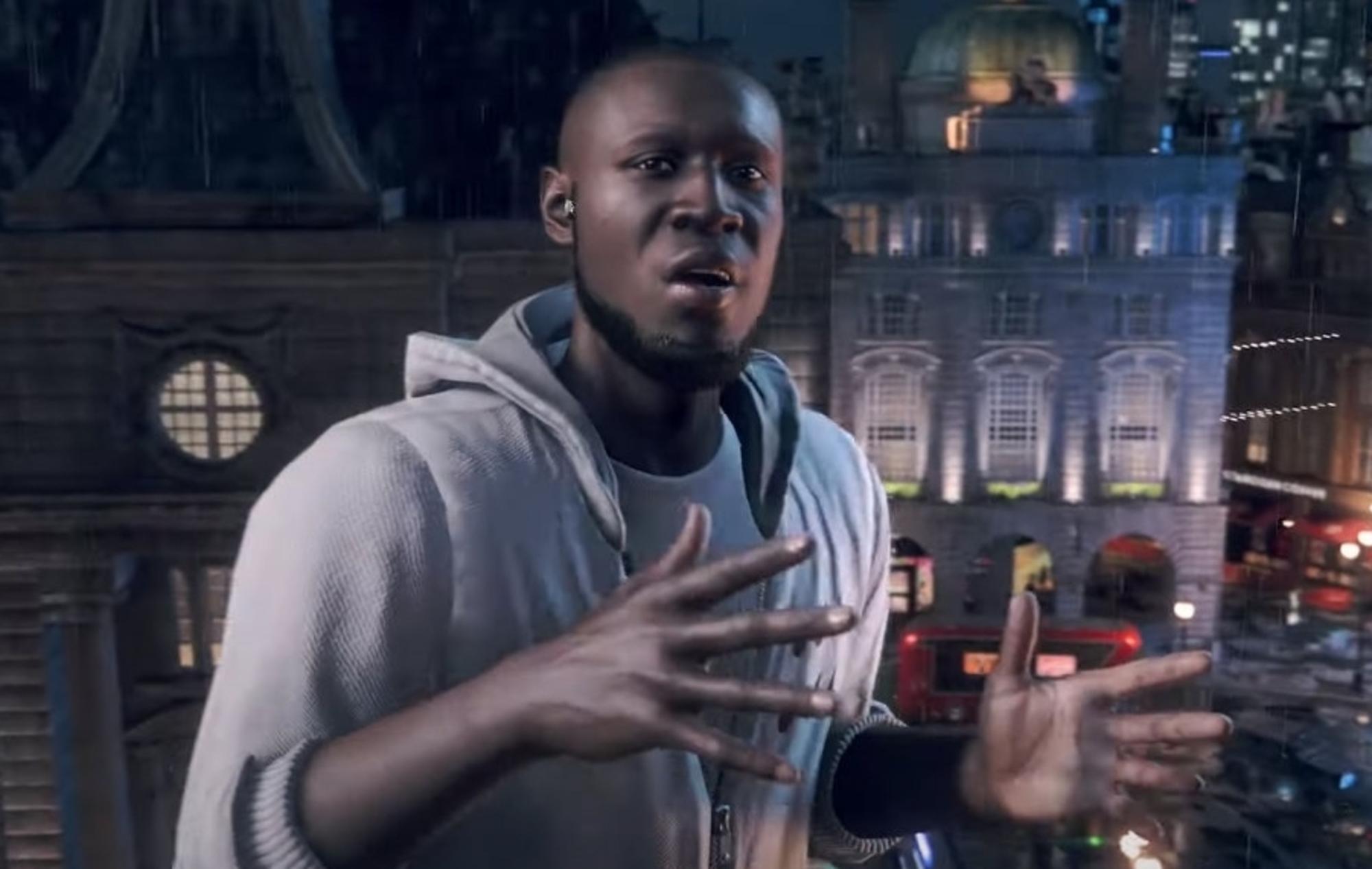 Stormzy has shared a video for his track ‘Rainfall’, which sees him tease his appearance in the upcoming video game Watch Dogs: Legion.

Taken from the South London rapper’s second studio album ‘Heavy Is The Head’, ‘Rainfall’ hears Stormzy team up with Tiana Major9. Directing his energy at his foes, the hook hears him rap: “Let the rain fall on my enemies.”

In the accompanying video, he gives fans a look at what they can expect from his appearance in Ubisoft‘s Watch Dogs: Legion. In the game, due out October 29, Stormzy will have his own mission titled ‘Fall On My Enemies’ where players have to help protect a broadcast of the song.

“You lot are about to have your minds blown,” Stormzy said of the game. “What they have done in terms of recreating London is the most insane, epic, incredible thing I’ve ever seen so I’m honoured to be a part of it.”

Watch the video for ‘Rainfall’ below:

Earlier this week it was revealed that the stab-proof vest worn by Stormzy during his Glastonbury performance is up for a major design award.

The Banksy-designed vest has been nominated for the Beazley Designs of the Year prize and the winner will be announced by London’s Design Museum next month. It is one of 74 nominees up for the prestigious award.

The vest was described by the secretive artist, which Stormzy wore when he headlined the Pyramid Stage at Glastonbury in 2019 as “capable of stopping bullets up to .45 calibre and is fully stab proof, yet not machine washable.”