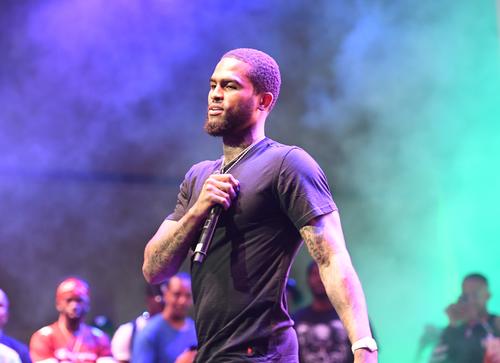 Dave East has been flooding the streets with a ton new music over the past few months, releasing his Paranoia project in September and his Karma mixtape around Halloween time, but thankfully that’s not all he has in stored for us. Just days after releasing the first installment Paranoia back in September, Dave announced that he was already working on its sequel. “Paranoia 2 on the way. I’m about to hit ’em back to back,” Dave said, and that he just did. At the stroke midnight, Dave’s finally released his highly anticipated Paranoia 2 project on iTunes & other streaming services.

To coincide with the project, Dave is also about to hit the road starting tomorrow for his similarly-titled “P2” tour, which you can peep dates for right here if interested. And if that’s not enough, it was also just revealed that Dave has ANOTHER tape on the way with fellow NYC spitter Don Q.

RELATED: Dave East and Don Q Are “Militant” On Their New Collaboration

Available now on iTunes, fans can stream Paranoia 2 in its entirety Apple Music. Hit play and let us know what you record you’re feeling the most?