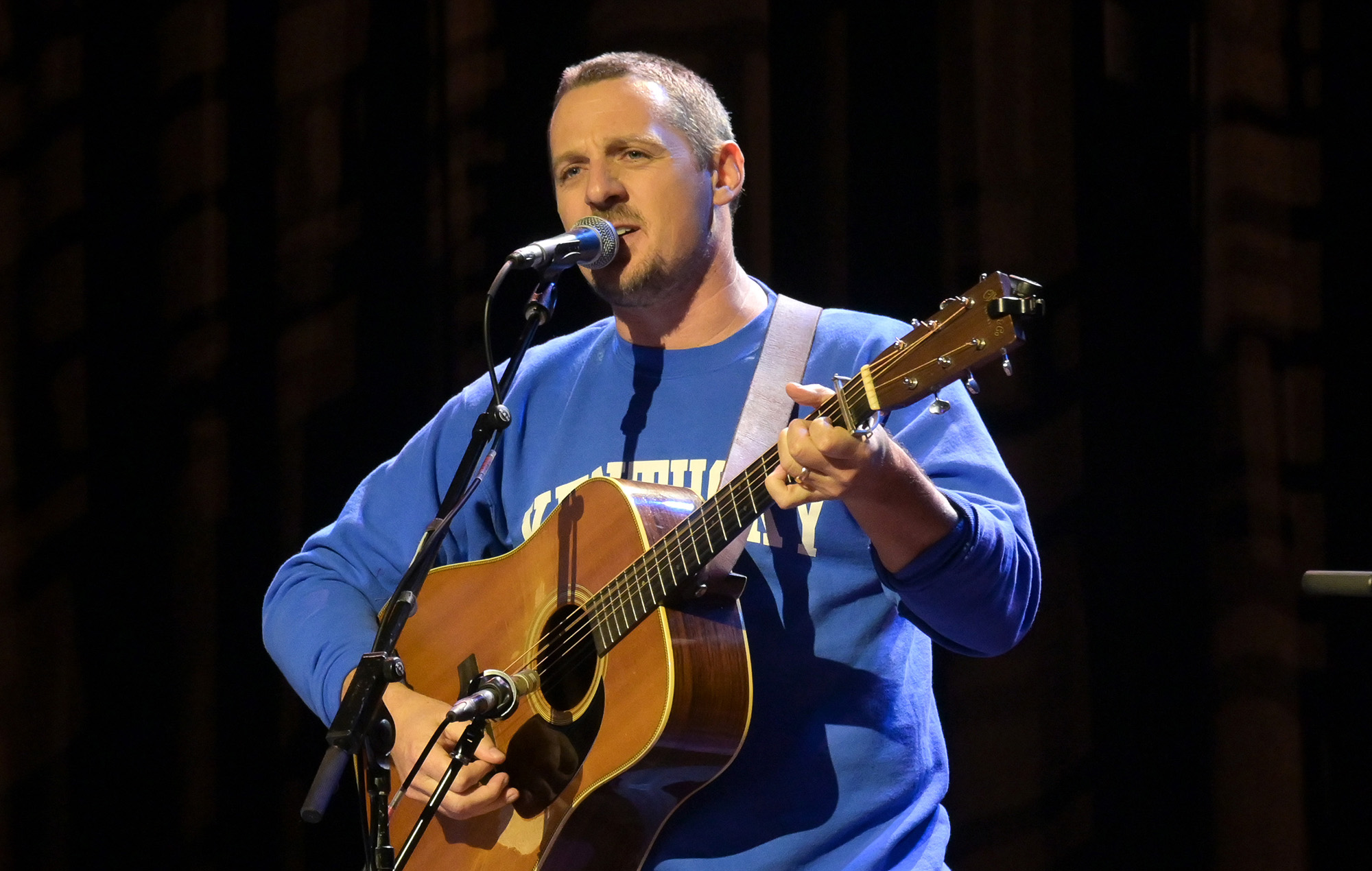 Country singer Sturgill Simpson has returned to The Late Show with Stephen Colbert where he performed his track ‘Breakers Roar’ and reflected on his friendship with John Prine.

The artist was joined by a full bluegrass band for the performance, which was recorded at Nashville’s legendary music venue Station Inn.

‘Breakers Roar’ first appeared on Simpson’s 2016 Grammy-winning album ‘A Sailor’s Guide To Earth’, but was reimagined earlier this year as a bluegrass track on his surprise double album, ‘Cuttin’ Grass Vol 1 – The Butcher Shoppe Sessions’.

Alongside the performance, Simpson sat down with Colbert to chat about his friendship with the late country legend John Prine, who partly owned The Butcher Shoppe. Simpson had also used the recording studio for ‘A Sailor’s Guide To Earth’ when he met Prine.

“We’d finished the record and I was in there mixing it one day, and I was pretty in the zone… and when I turned around, John was sitting in a chair in these plaid pants,” he said.

“I kind of freaked out, you know when you come face to face with your hero. And he was like, ‘that was pretty good, do you want to go get some meatloaf?’

Simpson also said he was the new owner of Prine’s 2008 Porsche 911 Turbo after he passed, saying “it’ll be something I treasure for the rest of my life”.

Simpson tested positive for COVID-19 earlier this year. It’s during his recovery that he came up with the idea for ‘Cuttin’ Grass’.

“I had it in my mind for a long time that someday I want to cut as many of these songs as possible in this fashion, just organic and stripped down to the raw bones of the composition,” he said in a press release. “If you can’t sit down and play a song like that, it’s probably a pretty shitty song.”