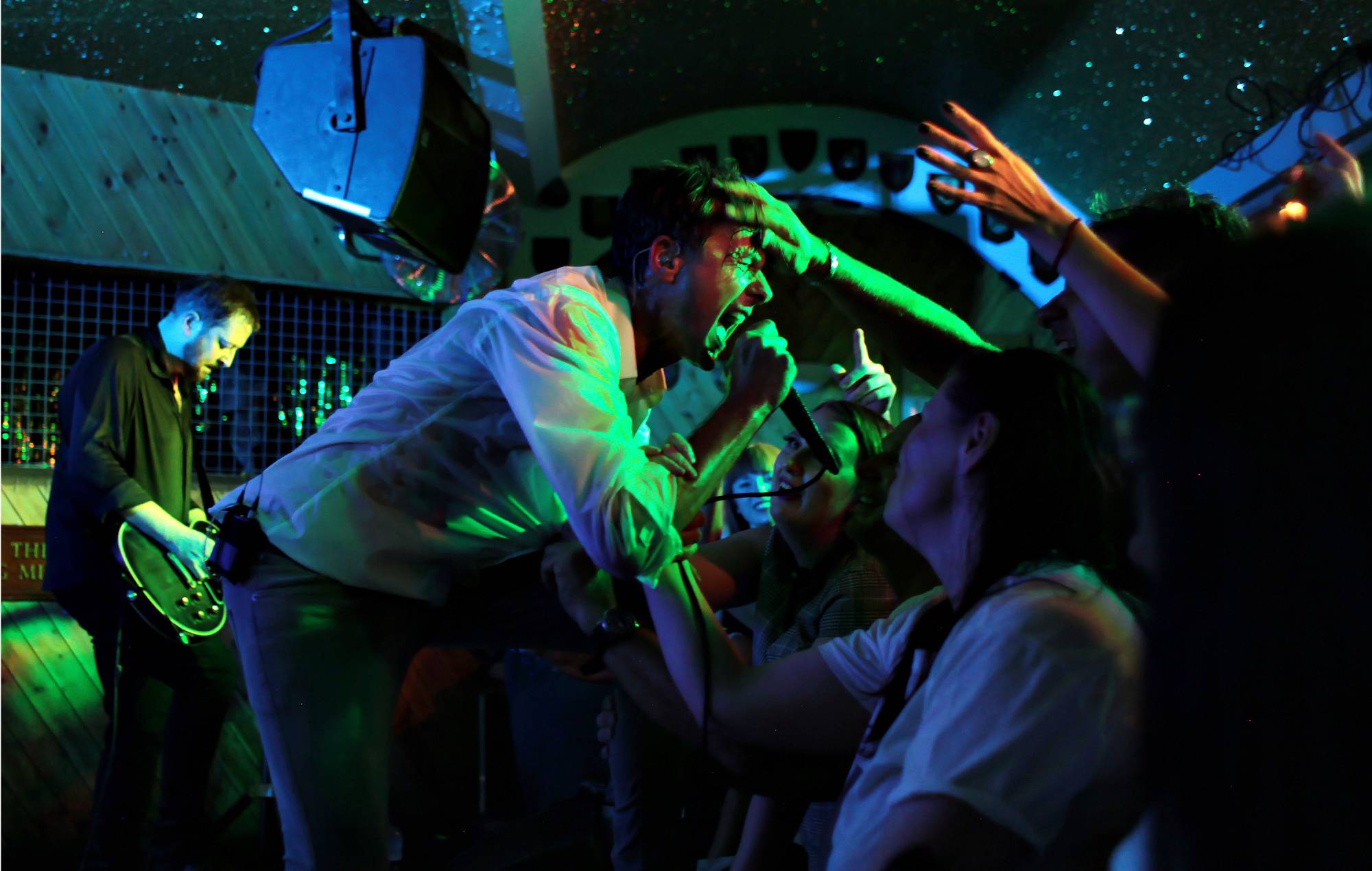 Rumours of the show spread after NME obtained photos of gear being loaded into the intimate 300-capacity London venue with the words ‘SUEDE LONDON’ branded on the carrying cases. Ticketing website Dice noted that Moth Club was hosting the debut show from unknown act Crushed Kid, who are also set to perform at The Deaf Institute in Manchester this evening (September 6).

The latter venue describes Crushed Kid as a “brand sparkling new post punk band”. ‘Crushed Kid’ could also be viewed as a synonym for ‘Suede’.

With tickets sold out, fans gathered at Moth Club before Suede promptly took to the stage at 9pm and burst into recent single ‘She Still Leads Me On’.

“We are Crushed Kid,” said frontman Brett Anderson as he greeted the audience. “Thank you for coming. We love you so much.”

After the punky rush of ‘Personality Disorder’ and recent single ’15 Again‘, Anderson noted the intimacy of the venue and said: “It’s fucking loud, and it’s fucking hot. We’ve got a long way to go”.

Later introducing ‘What Am I Without You’, Anderson said: “This next song is quite special. I wrote it about you. It’s about the audience. I asked the question every artist has to ask themselves: ‘What am I without you?’ I’m nothing without you.”

Closing the set with a performance of new album closer ‘Turn Off Your Brain And Yell’, Anderson explained: “We have been Crushed Kid. You have been absolute amazing. Thank you for putting up with us. It’s a long way to the top of the line-up, but we’re gonna make it!”

‘She Still Leads Me On’
‘Personality Disorder’
’15 Again’
‘The Only Way I Can Love You’
‘That Boy on the Stage’
‘Drive Myself Home’
‘Black Ice’
‘Shadow Self’
‘It’s Always the Quiet Ones’
‘What am I Without You?’
‘Turn off Your Brain and Yell’

Crushed Kid shared their first single ‘Shadow Of My Former Self’ on SoundCloud last month. On that same day 25 years prior, Suede’s ‘Implement Yeah!’ B-Side received its live debut at Reading Festival 1997.

During an interview with NME in May, frontman Brett Anderson described ‘Autofiction’ – the follow-up to 2018’s ‘The Blue Hour’ – as Suede’s “punk record, and we’re fucking proud of it”.

Suede release ‘Autofiction’ on September 16, while also embarking on a UK record shop tour later this month before a run of intimate UK and European dates take place in October – you can see the band’s upcoming schedule below.