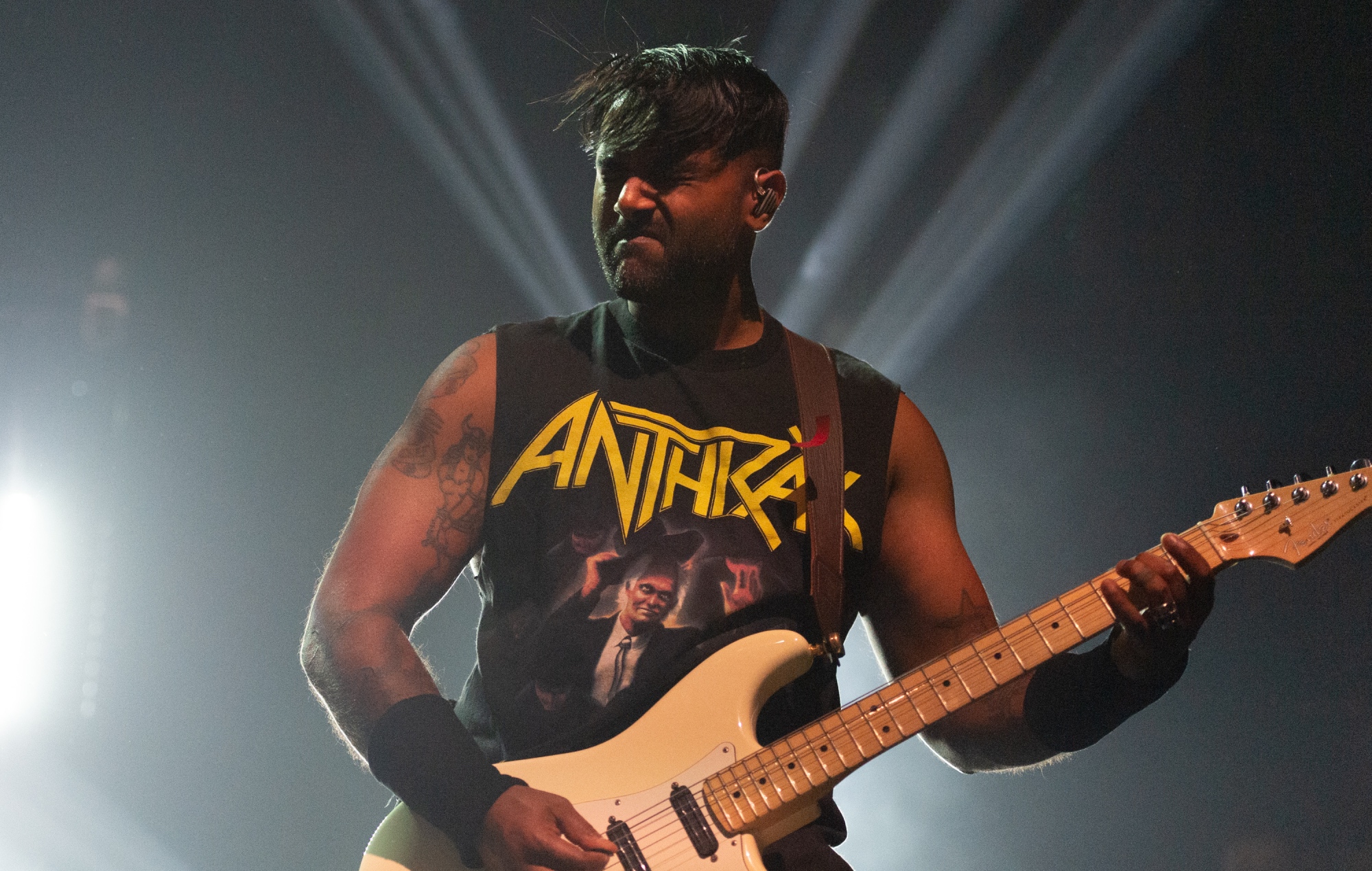 Sum 41 guitarist Dave ‘Brownsound’ Baksh has revealed that he recently received treatment for a cancerous tumour, but said he is now cancer-free.

Sharing a lengthy message on Instagram this week, the musician told fans that he noticed a lump in March and had it checked out. “Within two weeks I went through surgery in order to get rid of a tumour that ended up being #cancer,” Baksh said.

“Don’t be concerned, my brush with this serious disease was very short-lived thanks to the help of great doctors, a friend that helped me get a bone scan within weeks of my surgery, my family (extended included), the amazing people in #LDK (up the Kzinti!) and last but not least the emotional, physical and celery juice support that @krennykren and my wonderfully amazing gifted, did I mention wonderful kids, gave me.”

The statement served as “a thank you letter” to fans who had expressed their support, Baksh explained, adding that he was at one point unsure whether he’d be able to participate in Sum 41’s current tour with Simple Plan.

“Something incredible that this disease taught me is how many amazing and supportive people I have in my life,” the guitarist continued. “I’m beyond thankful for you and I’m forever in your debt. So as of now I’m cancer free and ready to enjoy tour life again with a fresh perspective on everything.”

A post shared by It Is Your Boy Brownsound (@dave_brownsound)

Baksh concluded his post by asking his fans and followers to support him and his wife as they take part in the Relay For Life fundraising event on June 11. You can make a donation here.

You can read Dave ‘Brownsound’ Baksh’s message in full above.

Sum 41’s most recent album, ‘Order In Decline’, came out in 2019. Earlier this year, frontman Deryck Whibley revealed that the band had completed a new double record called ‘Heaven And Hell’.

Speaking about the ‘Heaven’ half of the two-disc project, Whibley explained: “Some weird nostalgia kicked in because of the pandemic. A lot of other people were retreating to things that made them feel good in the past.

“It all made sense to me why pop-punk is coming back: it’s feel-good music. There’s something that’s happy about it. Something young and innocent and free.”