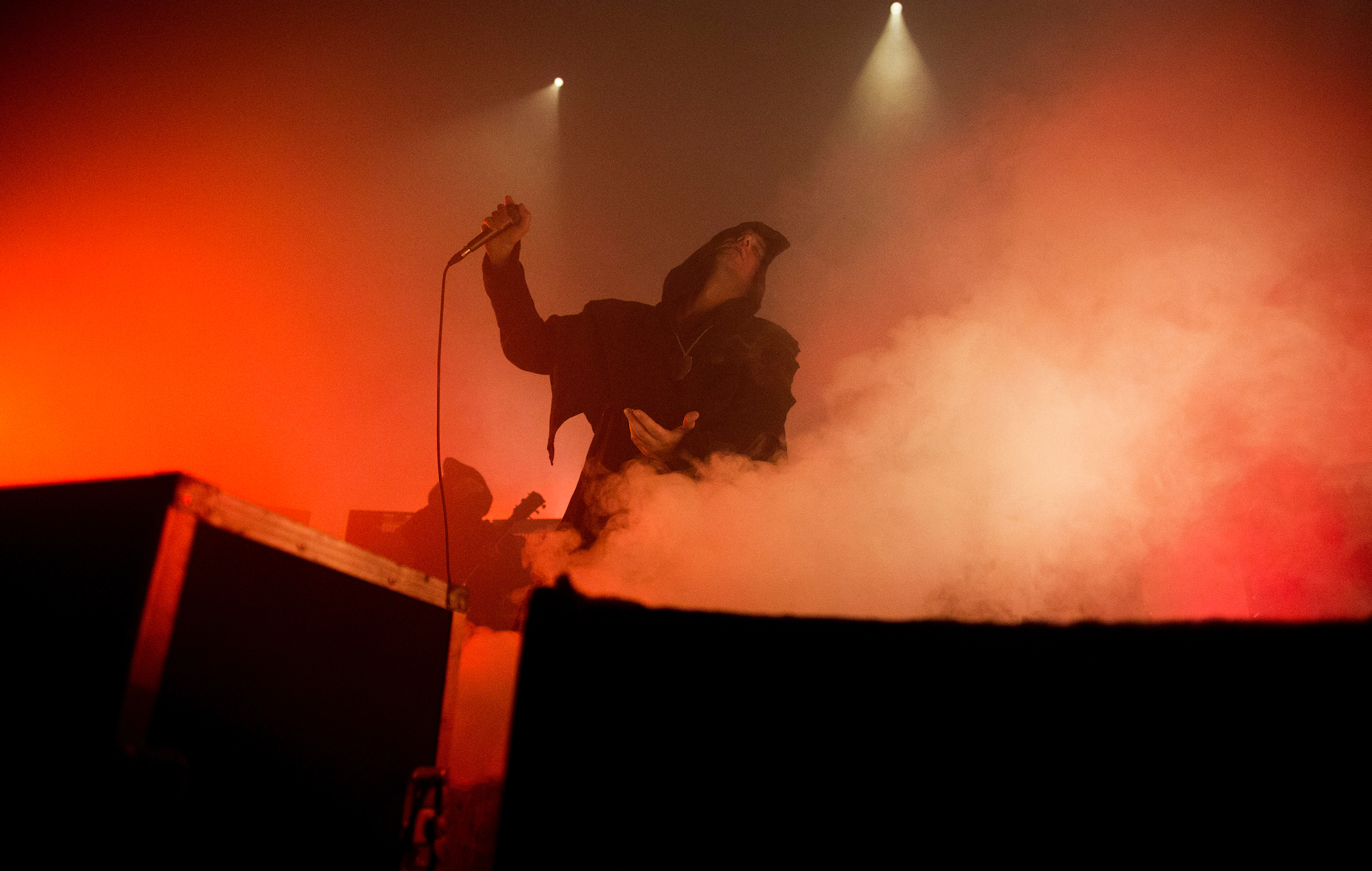 Sunn O))) have announced an unabridged release of their 2019 session performed at the BBC’s iconic Maida Vale Studios, for which they were joined by Swedish multi-hyphenate Anna Von Hausswolff.

The renowned drone-metallers performed their three-song set – comprising ‘Pyroclasts F’, ‘Pyroclasts C#’ and ‘Troubled Air’ – on Mary Anne Hobbs’ show for BBC Radio 6 Music. At the time, the band were on tour in support of their most recent two albums, ‘Life Metal’ and ‘Pyroclasts’ (both of which landed in 2019).

Hausswolff was opening for Sunn O))) on their UK run, and joined the trio – alongside her own touring band – for the two ‘Pyroclasts’ tracks. According to Heavy Consequence, Hausswolff performed her parts on a Nord C2D synthesiser.

Have a listen to a five-minute preview for ‘Metta, Benevolence BBC 6Music: Live On The Invitation Of Mary Anne Hobbs’ – featuring artwork by painter Samantha Keely Smith – below:

In a press release, Sunn O))) noted that “to enter the legendary John Peel studios was to enter a temple of music and experimentation, liberty in ideas and sound”.

The session came towards the end of an ambitious touring cycle for ‘Life Metal’ and ‘Pyroclasts’, with the material having “actualised and evolved” over time, becoming what the band have described as the “vast, open and bright hyper-saturated arrangements” they performed at Maida Vale.

‘Metta, Benevolence BBC 6Music: Live On The Invitation Of Mary Anne Hobbs’ marks the first time this session will be available in physical or digital form. It initially aired on Hobbs’ show over the Gaelic religious event of Samhain, which runs from the evening of October 31 to November 1.

The record is set for release on January 22, 2022 via Sunn O)))’s own label, Southern Lord. It’s available to pre-order digitally via Bandcamp, or on two-disc vinyl from the band’s webstore.