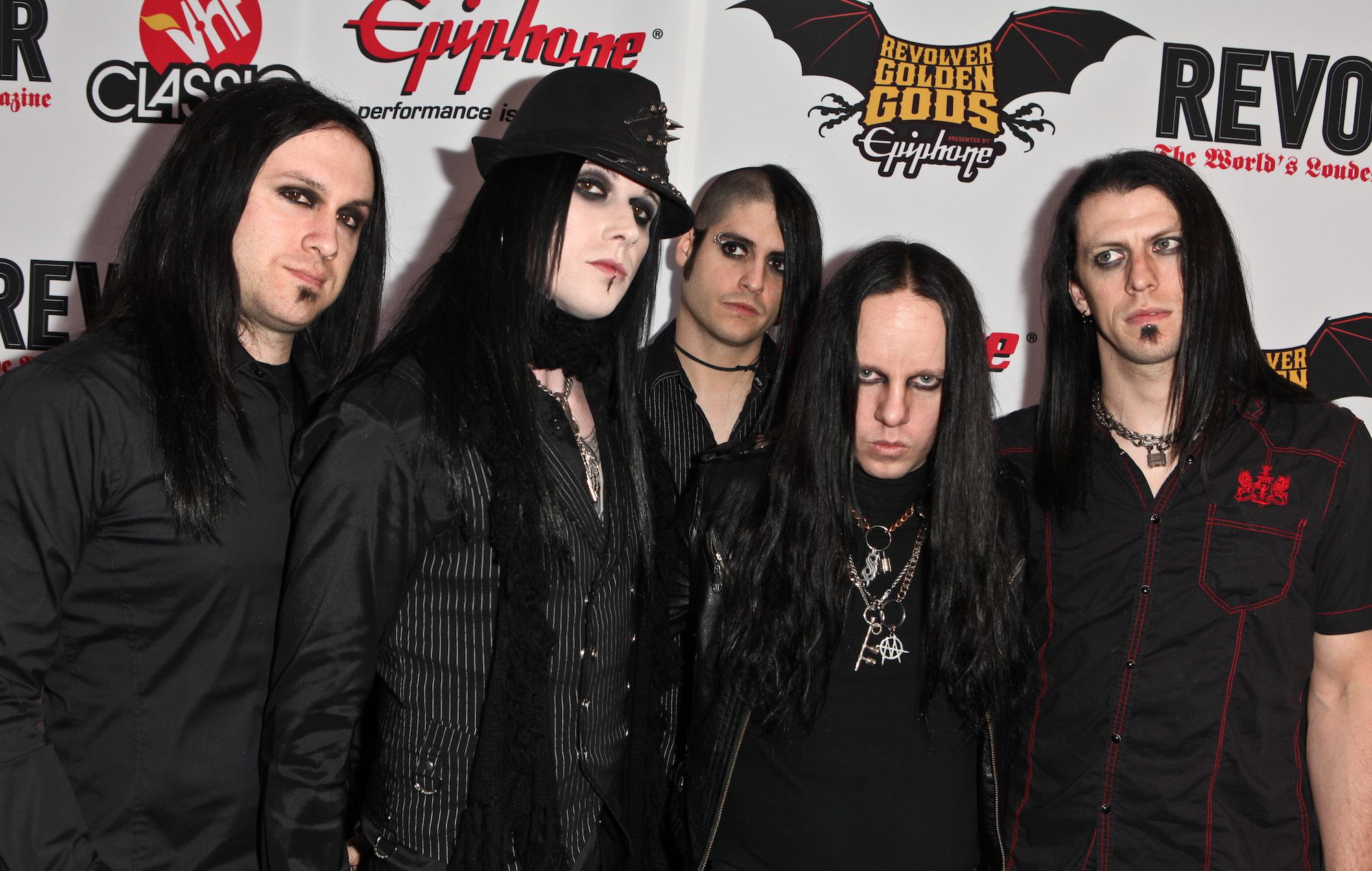 The surviving members of Murderdolls are feuding over plans to mark the 20th anniversary of the band’s debut album, ‘Beyond The Valley Of The Murderdolls’.

The horror-punks released their first record in August 2002 – the only album to be released during their first stint together. After reuniting in 2010, they shared a second record in ‘Women And Children Last’.

Earlier this month, pre-orders for a vinyl reissue of ‘Beyond The Valley Of The Murderdolls’ opened on the website murderdollsofficial.com. Former band members Acey Slade (guitar) and Eric Griffin (bass) also held a signing in Massachusetts to mark the 20th anniversary of the album.

Former singer Wednesday 13 – real name Joseph Poole – took issue with these activities, calling them unofficial, despite Slade’s claims that he had obtained the band’s trademarks to embark on them.

“Anyone besides Wednesday or Joey claiming to be the Official Murderdolls is NOT OFFICIAL. Any merchandise being advertised using Joey and Wednesday’s original Murderdolls logos, music and lyrics is NOT Approved or Authorized.”

Jordison, who was also the original drummer and a co-founding member of Slipknot, died last year. He was 46 years old.

Slade responded to Poole’s post, explaining that he had approached the band’s former label Warner Bros about plans to re-release their first album. “It became apparent before 2020 that none of the Alumni wanted to shoulder the responsibility of maintaining the legacy or the business of the band,” he wrote. “All of the business/legal ends of the band were abandoned. Reinstating the assets was time-consuming and expensive as you can imagine.”

The guitarist said the label had told him they had no plans to reissue the record, but he said “they also indicated that they would be elated if I would like to license the album and all of its assets”. “This means the re-release of Beyond the Valley of the Murderdolls is officially licensed!” he continued. “And with that, any images, photos, music videos, artwork that came with the album.

“I’d like to invite Jack [Tankersley], Racci [Shay], Roman [Surman], Jason [West], Eric and obviously Wednesday and Dizzy [Draztik] to join in on this celebration. And should they ever need to use the band as a platform for their own endeavors, it would not only be welcome but encouraged, but that will be their choice. Reconnecting the alumni with the Murderdolls fans and us extending the legacy of everyone who built it is what this is all about.”

Poole replied once again on Sunday (August 28), saying he did not have a problem with his former bandmates celebrating the anniversary, but his issue was with them doing so under the name Murderdolls.

“This was Joey’s band, he invited me into this world, and I am able to do what I do today because of him and the Murderdolls name, and that’s what this whole situation is about,” he said. “Murderdolls trademark had lapsed. This was unknown to Joey or I as the band was inactive and no one was watching for this. However it seems Acey was watching for it.

“There’s no other way I can view this other than he stole the name from Joey. He is now launching websites, merchandise, and our first album as Official Murderdolls, erasing my name out of the bio/ history of the band.”

Slade has yet to respond publicly to Poole’s latest statement on the matter.