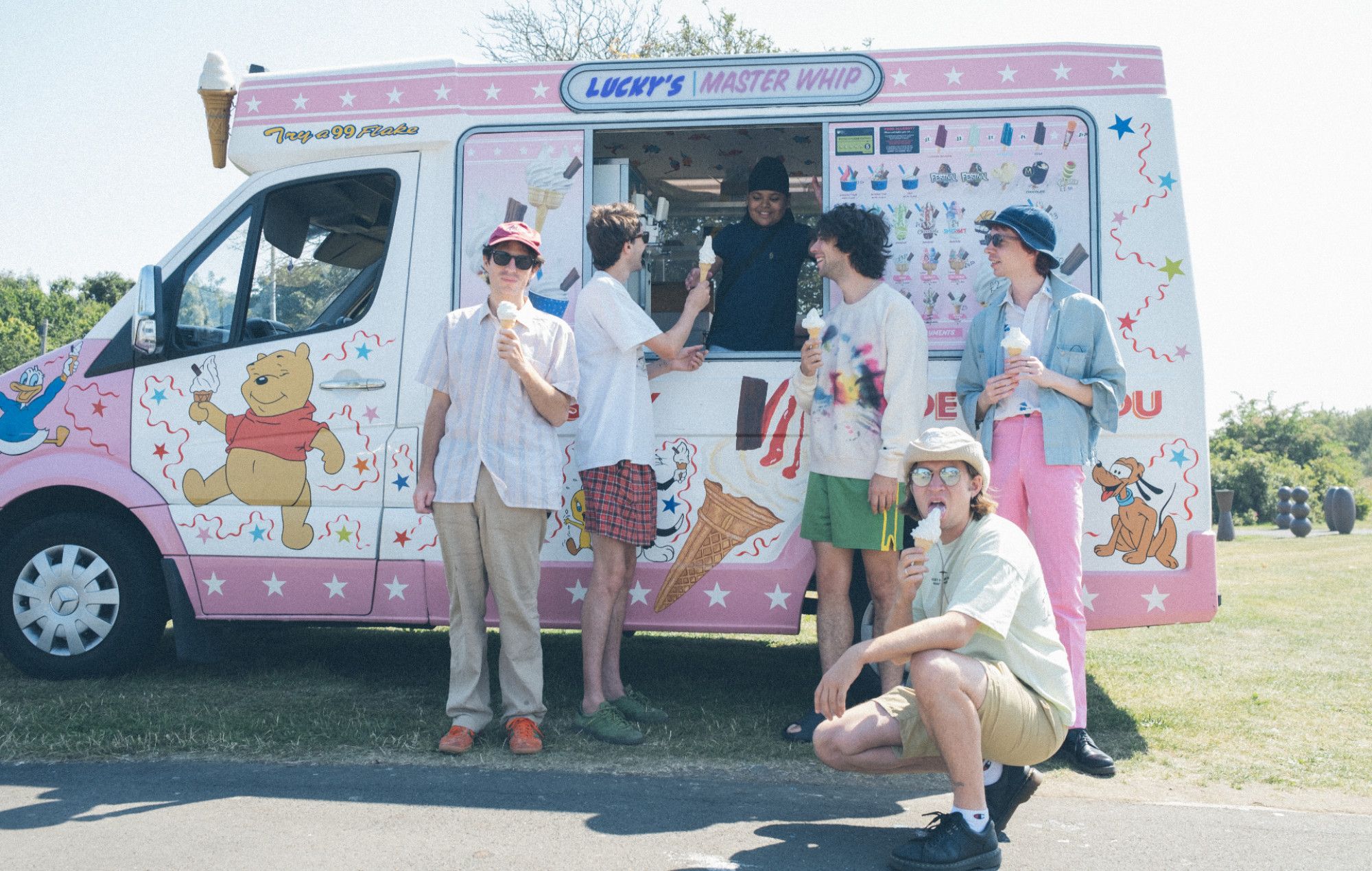 Released today (September 1) via the Birmingham band’s own King City Records, the new song was influenced by Caribou, and its lyrics herald a new musical chapter for Swim Deep.

Rampant with glittering synths and a swell of rich textures, take a listen to ‘Little Blue’ below.

Swim Deep frontman Austin Williams said of the inspiration behind the song’s sweet lyrics: “When I look back at it and what I was feeling at the time, it was most probably about me and my fiancé [Nell Power], with a more general moniker for myself and the band too. “Here now we’re going to make it” is a reassurance that I’ve always needed. I’d like to think sometimes I don’t need it, but now more than ever I do.

“I’m 30 now, so that youthful foolish hopefulness is slowly being replaced by a crappy realism, but I still think we’re going to headline Madison Square Garden one day so that self belief hasn’t totally abandoned me just yet. And when we do, I’ll be singing this song.”

Along with the new song comes a tour announcement. This November, Swim Deep will undertake a four-date run of England, kicking off in Liverpool on November 24 before hitting Nottingham, Bristol and London.

Tickets for the headline tour go on sale at 10am tomorrow (Friday September 2) and are available here. Full tour date info can be found below.

‘Little Blue’ follows the release of Swim Deep’s latest EP, ‘Familiarise Yourself With Your Closest Exit’, which dropped back in March.

The band’s last full-length album was 2019’s ‘Emerald Classics’. In a four-star review, NME‘s Rhian Daly recognised how “the Birmingham band have endured a bumpy ride and re-emerged with a boldly inventive album”.