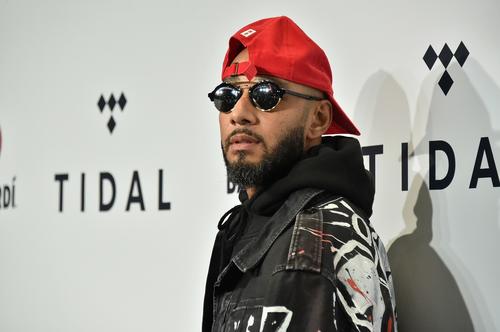 In June 2017, Ruff Ryders producer and A&R, Jay “Icepick” jackson lost his battle with colon cancer. The loss Icepick encouraged other men around him to take precautionary measures against colon cancer. Among those people was Swizz Beatz, someone who worked alongside Icepick for years. Earlier today, the famed producer and recent Harvard graduate hit Instagram to share his colonoscopy experience while encouraging men out there to do the same.

Swizz Beatz hit Instagram today to share his recent experience getting a colonoscopy. The producer posted a series pictures followed by a lengthy caption detailing the importance men taking better care their health. ” I wanted to start f 2018 by keeping the promise I made to my brother the late great Jay Icepick Jackson. Before he passed ,he urged that we all spread the word about how important our health is,” he wrote. He continued to say that many men believe their invincible and refuse to do colonoscopies

“Today I did a Colonoscopy, which many men refuse to do until it’s too late. It only took 2days for the entire process and thank God I’m okay. I wasn’t going to share this but I promised my brother I would spread the word to prevent others from going through what he did,” he continued.

The American Cancer Society has previously stated that prostate cancer follows skin cancer as the most common cancer American men suffer from. They’ve estimated in 2018 there will be 164, 690 newly developed cases prostate cancer with an estimated 29,430 men dying from it. You could read more statistics here.