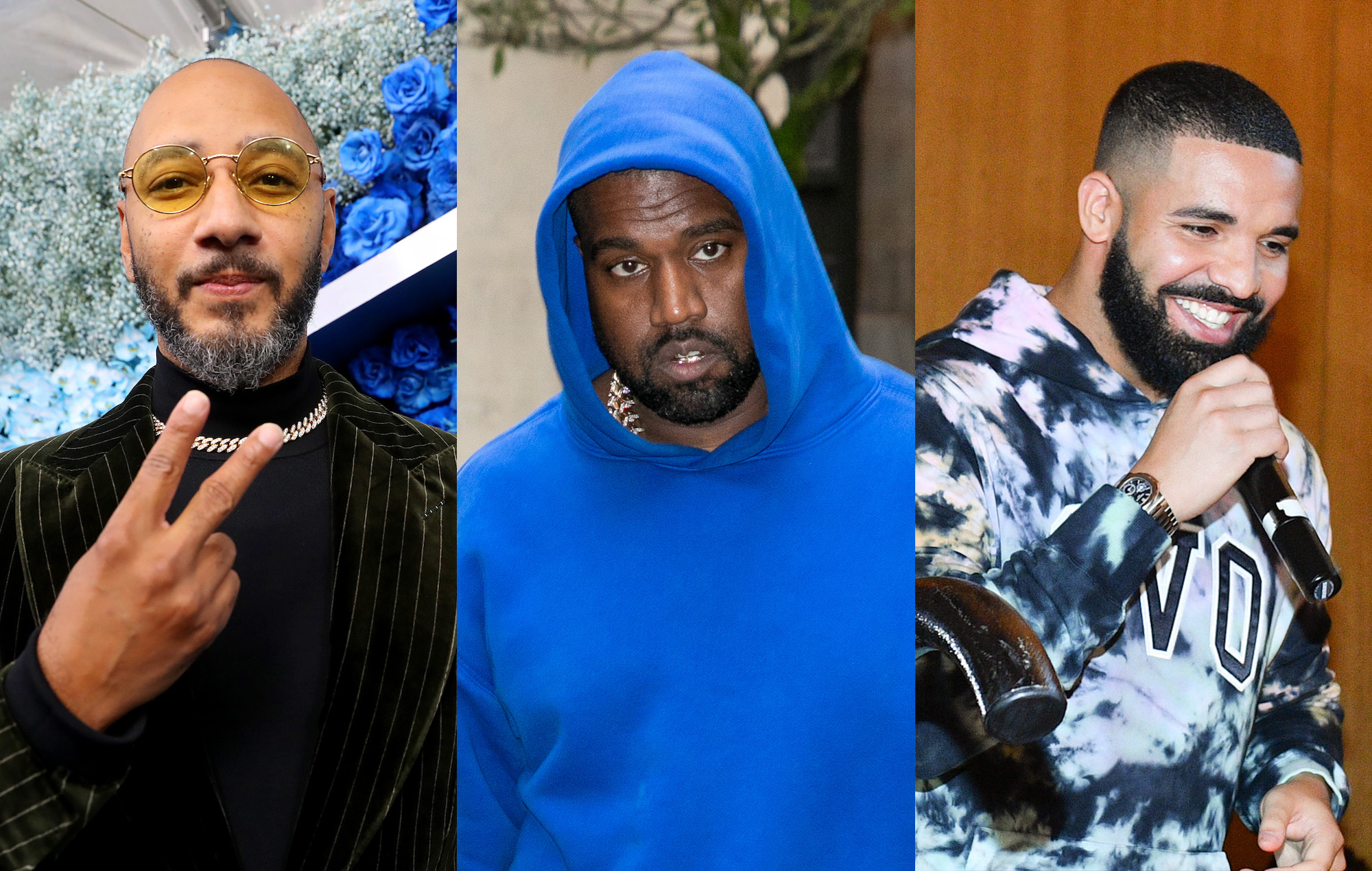 VERZUZ co-creator Swizz Beatz revealed that Kanye West was interested in appearing on the series to battle Drake, but an episode never materialised due to the rappers’ ongoing feud.

Beatz was a guest on The Angie Martinez Show yesterday (September 11). Checking in via video call, the Bronx-native multi-hyphenate appeared alongside Timbaland, with whom he launched the VERZUZ series back in March of 2020.

“Kanye was willing to do the VERZUZ,” Beatz said, hinting that such a collaboration might have come together if their feud hadn’t been reignited in recent months.

He continued: “[Kayne] wanted to battle Drake, but I think [their] communication started getting in a zone, you know what I’m saying? But I left that up to them.

“That’s what I told Timb as well, I was like, ‘Yo, they have to bring that to the table.’ They would have to agree to do that. Kanye was ready, but I don’t know where that’s at now. I’m still leaving it on them.”

Take a look at the full interview below:

Elsewhere in the interview, Beatz addressed his own beef with Drake, which began in 2020 when he called the Toronto rapper a “pussy” over an unreleased collaboration with Busta Rhymes. Drake responded by firing shots at Beatz on the track ‘You Only Live Twice’, which appears on his newly released sixth album, ‘Certified Lover Boy’.

On the track, Drake raps: “Unthinkable when I think of the way these n****s been acting / I never did you nothing and you play like we family, huh? / Next thing, you wanna shoot me down, it can’t be love / Not sure where you was tryna send it, it can’t be up / That day you sounded like a bitch, you fancy, huh?”

Responding to the cut (which also features Lil Wayne and Rick Ross), Beatz said: “I said how I felt, he said how he felt, I guess we even. And he didn’t go too crazy in the record also, you know? He could have said many things, that man is a clever artist.”

As for Drake’s feud with West, the pair have been trading barbs since as early as 2009, with a recent surge in animosity starting when Drake took aim at west on the Trippie Redd track ‘Betrayal’ back in July. On it, he rapped: “All these fools I’m beefin’ that I barely know / Forty-five, forty-four (burned out), let it go / Ye ain’t changin’ shit for me, it’s set in stone.”

West appeared to respond by calling Drake out in a group text, writing: “I live for this. I’ve been fucked with by nerd ass jock n***as like you my whole life. You will never recover. I promise you.”

He later leaked Drake’s home address in an Instagram post, before quickly deleting it. Drake then responded by leaking an unreleased track of West’s which featured André 3000.