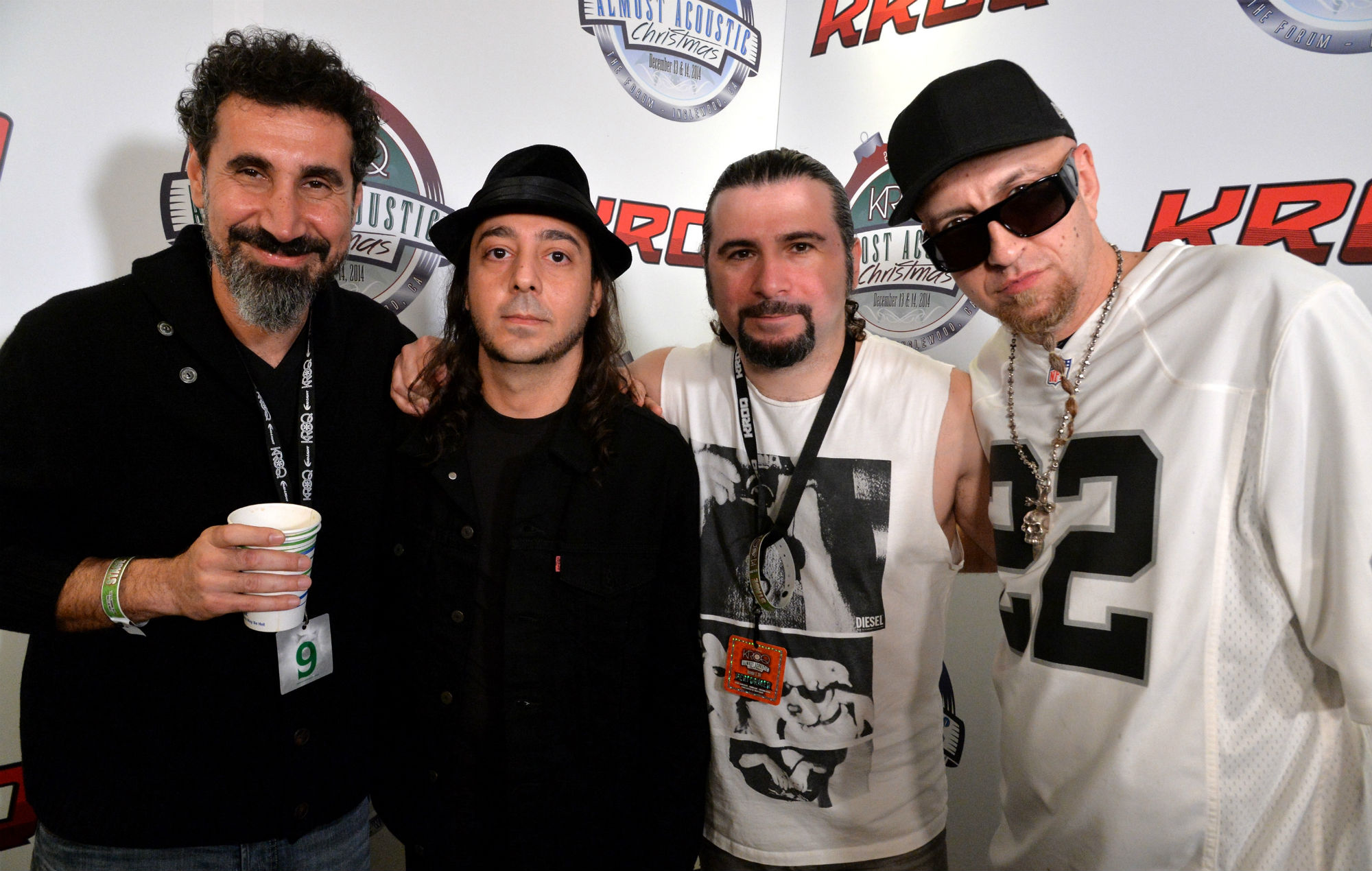 System Of A Down raise over $600,000 in donations to the Armenia Fund

The four-piece announced their return last week with ‘Protect The Land’ and ‘Genocidal Humanoidz’, their first new material in 15 years, to raise money for the Armenia Fund following the recent conflict between Armenia and Azerbaijan over the disputed region of Artsakh.

In a new full band interview titled ‘Speaking Out For Artsakh’, all four members of SOAD —  Serj Tankian, Daron Malakian, Shavo Odadjian and John Dolmayan — sat down to explain why they released the songs in support of their ancestral home of Armenia and its neighbouring Artsakh.

Armenia, Azerbaijan and Russia signed an agreement earlier this week to end the military conflict which broke out back in September between Armenia and Azerbaijan (who have been backed by Turkey) over Nagorno-Karabakh, a disputed region with a large ethnic Armenian population that Armenians refer to as Artsakh.

In the interview, Dolmayan said that what SOAD are hoping is “that what happened in 1915 [the Armenian Genocide] and what’s happened so many times in history doesn’t repeat itself”.

Tankian said that the conflict was “an injustice that we want people to pay attention to, and that’s why we’re doing this [releasing the songs]. So that they can, in turn, inform their own government bodies, who can respond properly.”

Speaking about why SOAD decided to end a 15-year wait for new music, the frontman said: “As System Of A Down, this has been an incredible occasion for us to come together, and put everything aside and speak out for our nation, as one.”

In a statement released with ‘Speaking Out For Artsakh’, SOAD said: “We are overwhelmed with gratitude for your incredible support of our campaign for the people of Artsakh, and for helping us raise over $600K so far in donations to provide for those in dire need via the Armenia Fund.

“Because of you, we will be able to help displaced civilians, young and old, who are affected by the hideous war crimes inflicted upon Artsakh by Azerbaijan and Turkey. Please watch this full interview to get a more intimate look and understanding into why we came together to release ‘Protect The Land’ and ‘Genocidal Humanoidz’.

“To the four of us, it’s extremely important to share these truths with you. It is for our ancestors, our culture, and our nation. Help us spread the message.”

This rare full band interview also marks the first time that Tankian and Dolmayan have appeared on camera together since the two began voicing their contrasting US political views earlier this year.

Dolmayan, who is a vocal supporter of Donald Trump, claimed on social media earlier this week that the US election is “not over” until an investigation into unproven allegations of voter fraud has been conducted.

Last month, Tankian admitted it was frustrating being “politically opposite” to Dolmayan, though he clarified that the two were on “the exact same page” when it came to issues relating to Armenia.