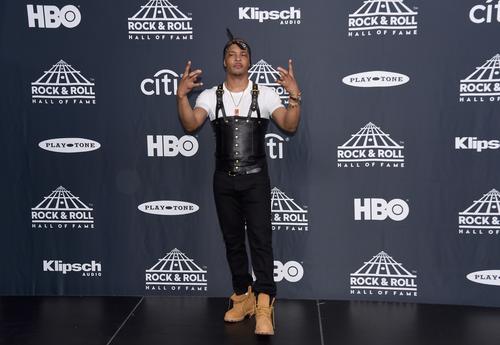 T.I. Wasn't Impressed By These Bars From Tupac's "Something Wicked"

Aside from music, T.I. is also pretty well known for his unfiltered commentary, regardless for whether his opinion was asked for or not. Social media is typically where he’s gone to chime in on trending topics, whatever it may be. However, whenever T.I. speaks, people pay attention. Most recently, the rapper chimed in on some bars and rated them on a scale 1 to 4.

RELATED: Why T.I. Is One Of The Greatest Of All Time

T.I. was the most recent guest on BET’s “Rate The Bars” segment where rappers read anonymous lyrics and grade them from an unbiased perspective. T.I. took the hot seat this time around and was asked to chime in on several rappers including some his own artists. The rapper read lyrics Boosie, Young Dro, Jeezy as well as Iggy Azalea and 2Pac. However, the confusing part all this is that Pac’s bars got a significantly lower rating than Azalea.

T.I. read a few bars from Tupac’s “Something Wicked.”

Attackin’ the packs, I’m kickin’ the facts for stacks to rap
And those that max, relax and let the blacks get jacks
I’m gettin’ taxed, my packs is packed with angry blacks

He later rated Iggy Azalea’s bars on “Switch.” Tip ended up giving Iggy a 2.5 on that scale just based f the fact that she “rhymes and it’s talking about things.” Iggy used to be signed to Tip in the past but since their falling out, it’s not surprising that he gave her a rating that low. What is shocking is that Pac only got a one.

In addition to these artists, he also rated some his own bars on “King Of The South” with a 3.5 while giving the highest rating during the segment to B.o.B on “E.T.” with a four.

Check the whole video below.