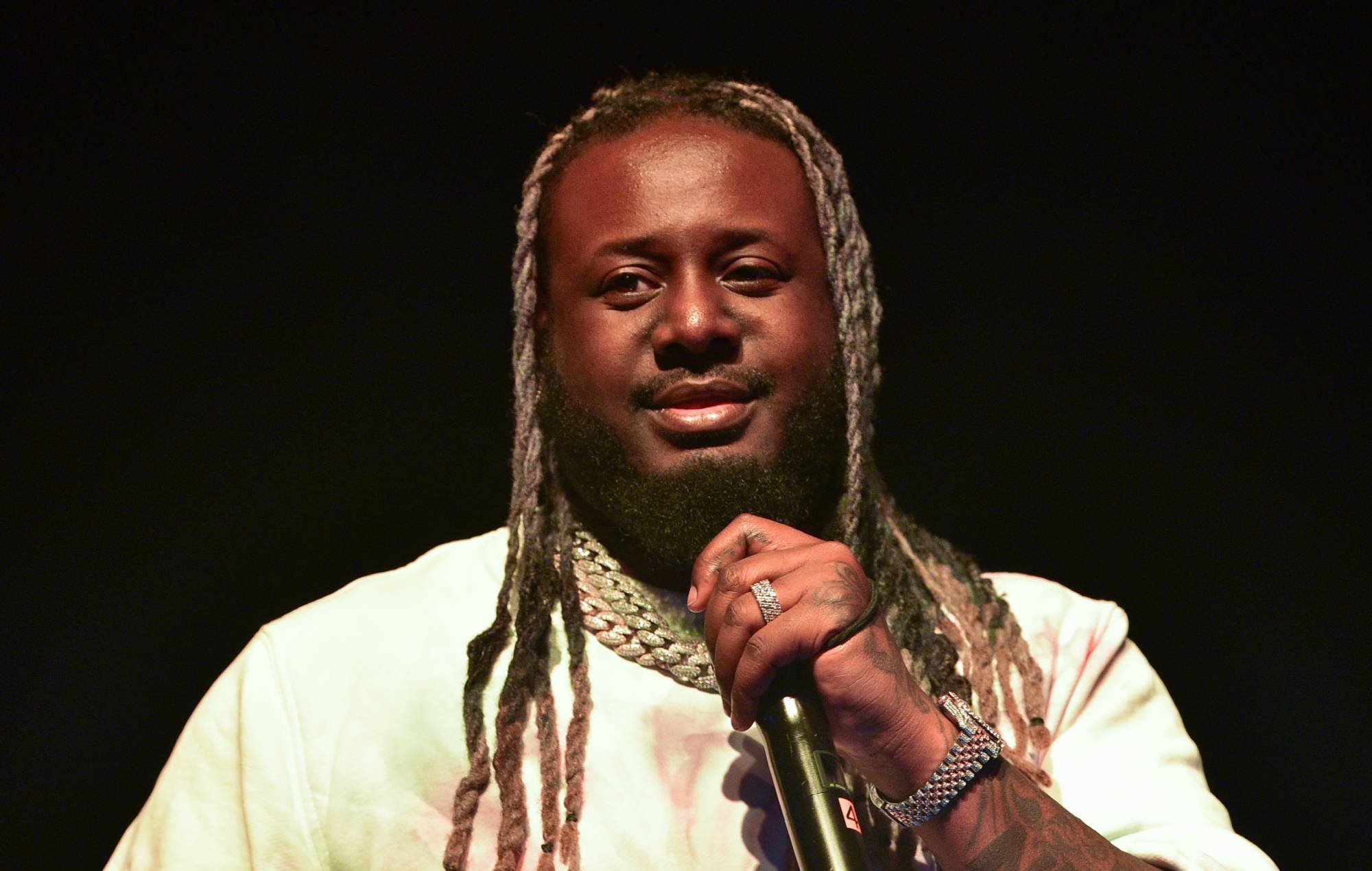 T-Pain has accused Kanye West of stealing one of his “corny lines” for the ‘My Beautiful Dark Twisted Fantasy’ track ‘Dark Fantasy’.

During a recent Twitch stream, T-Pain told viewers that West “stole one of my corny lines after he told me it was corny. I couldn’t believe it.”

The pair were working together on the collaborative West/Jay-Z album ‘Watch The Throne’ when T-Pain took the opportunity to show West his mixtape ‘prEVOLVEr’.

“I was so proud of my new mixtape that I had coming. It was a lot of rap. I was showing Kanye my shit, to be like, is this good rap? I really wanted his opinion,” explained T-Pain.

Apparently West was “literally, like, bobbing his head, grabbing his chin” listening to the mixtape until it got to the track ‘Danger’ and the line “I got beef like two burgers / You n****s win slow and I’m smarter than Steve Urkel“.

“When I said that line he looked at me and said, ‘Don’t say that’,” T-Pain recalled. “Now, keep in mind the Winslow family, right? [who appeared in the show Family Matters with Urkel]. Corny as fuck. I knew it was corny when I said it. Kanye confirmed it: ‘Don’t ever say anything ever like that’.”

But ‘Dark Fantasy’ from West’s ‘My Beautiful Dark Twisted Fantasy’ contains the line “too many Urkels on your team, that’s why you wins low”.

“And I was like, ‘Did this n***a try to get me to not say my shit so he could say it?’,” T-Pain said. “This is why I say corny lines. In my heart, I know they’re corny, but if the right person says it, then it’s not corny anymore apparently.

“I guess it wasn’t corny when he said it.”

T-Pain then went on to have a couple of digs at West’s various ‘DONDA‘ album launch listening events.

“All of the sudden I’m hating because you can’t fill up a stadium? Yes I can, I’ve done it. I’ve also let people hear finished songs.”

Earlier this year, T-Pain went viral after a rant about the current state of hip-hop.

“Stop! Just, fucking, do something else! Goddamn it! Do some different music! We have all the shit you’re doing,” T-Pain said.

Dr. Dre came out in support of the message, writing on Instagram “I’m here laughing my fuckin ass off, but he’s right. I know and feel exactly what you’re saying.”