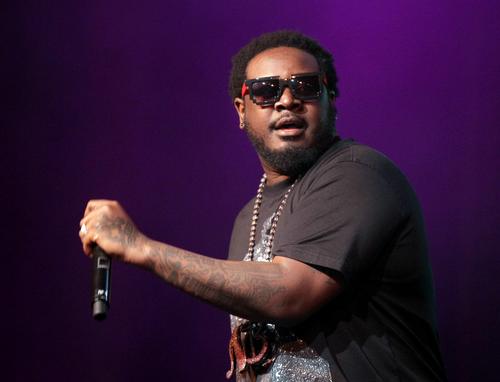 Quincy Jones did nothing today but make some major headlines from his controversial interview. Q spoke candidly on pretty much everything he’s seen, done and witnessed throughout his illustrious career. He revealed that he wasn’t really down to do the Soul Bossa Nostra project but a lot rapper’s wanted to pay tribute. T-Pain worked with Quincy on a re-make Michael Jackson’s “P.Y.T” with Robin Thicke on the project and Q quite simply said that T-Pain “didn’t pay attention to detail” even after he said that they had to make the re-makes better than the original. However, T-Pain hit Twitter today to clear the air.

T-Pain hit Twitter to explain that he was already reluctant to do a re-make a Michael Jackson song because he felt like he wouldn’t be able to do it justice. He said this at the time to his management and to Quincy’s face as well and didn’t even like how it sounded after he heard in the studio. He explained that’s the reason he doesn’t work with managers because they still forced him to do something he was uncomfortable with. However, he later spoke on his respect for Q but feels like he has a chip on his shoulder.

“It just seems like @QuincyDJones is pissed f at the whole world.” He said, “I have nothing but respect for the guy so I don’t know why we didn’t hold the song or tell me exactly what he wanted when I kept taking the headphones f beggin for direction from the God.”

RELATED: T-Pain Marvels At The Glory Of Dr. Dre & Eminem’s “Forgot About Dre”

You could check T-Pain’s tweets below.