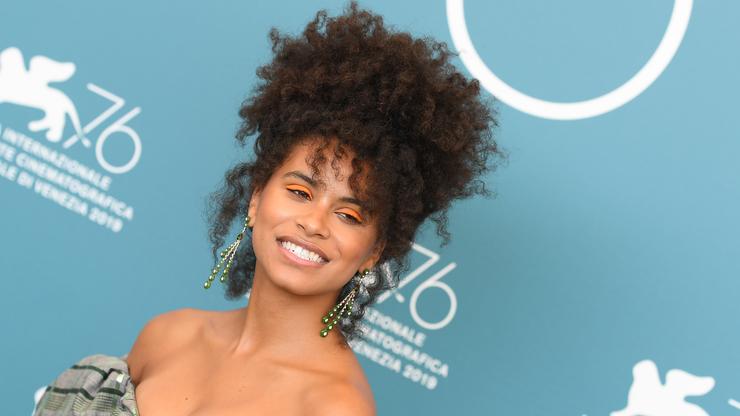 Zazie Beetz is the beautiful actress who stars alongside Donald Glover in Atlanta and the talented star from Deadpool and Joker among many other box office hits. The 28-year-old recently chatted with Into The Gloss about her beauty, makeup and lifestyle routines and revealed that she doesn't shower too much.

"I actually think Americans shower too much. I like a cat wash—I do my face, my armpits, and my… intimates," she explained, detailing her body wash of choice when she cleans her parts and how it's usually a homemade mix. "I’ll use cocoa butter to moisturize. Nostalgic and functional—and it smells wonderful."

Zazie's comments on her cat shower routine has sparked some reactions on Twitter with one user writing, "Zazie Beetz didn't have to tell us that she doesn't shower often but here we are." Another user wrote, "Everyone saying Zazie Beetz doesn't shower... she said she doesn't shower as often as most people and she lit rally listed off her skincare routine she keeps herself clean lmao besides.... baths exist."

Peep more reactions below and let us know what you think. 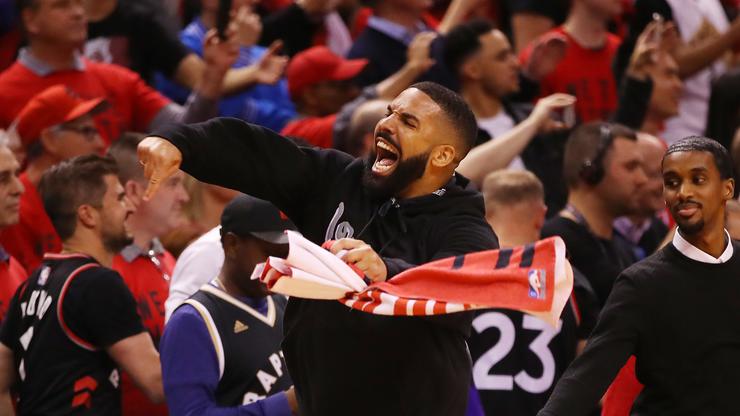 Majority Of America Is Rooting For Raptors Over The Warriors

Looks like the country is fed up of the Warriors dominance.

For the first time in their 24-year history, the Toronto Raptors are going to the NBA Finals. On Thursday, they will hold home court advantage as they take on the Golden State Warriors who have won three of the last four NBA Championships. The Warriors are favored in the series although they aren't exactly the team that most people are rooting for. Despite not even being from America, a new chart reveals that the majority of Americans are rooting for the Raptors to win it all.

The chart was created by BetOnline and is based on geotagged data from Twitter, according to SFGate. Forty-seven out of 50 states are said to be cheering on the Raptors which is based on the fact that more people are tweeting #WeTheNorth than #DubNation. The three states that are still rooting for the Warriors are Califonia, Nevada, and Hawaii.

Perhaps this trend is because people are just fed up of the Warriors winning all the time. When a team starts to become a dynasty, people tend to turn on them and it seems like the Warriors are starting to hit that point. Not to mention, the Raptors are such a great story that you can't help but want them to win, even if they might be from a whole other country.

Meanwhile, Raptors president Masai Ujiri is touched by the support and the way people have embraced the franchise. 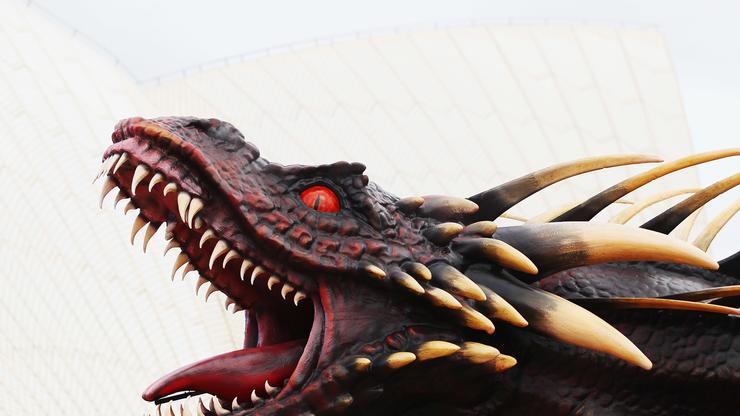 "Game Of Thrones" Finale: Millions Of Americans Might Skip Work After Broadcast

“Game of Thrones'” Season 8 finale has the potential to cause upheaval in the American workforce.

By the time the Game of Throne’s finale rears its head, millions of American fans will have taken last-minute “sick days” (the Monday of) in order to process their feelings over the finale. According to a study pieced together by The Workforce Institute at Kronos, 10.7 million viewers will do exactly that. The gurus behind the study estimate that those who play hooky will be spending their time canvasing their thoughts, and reviewing source material, in an effort gain a sense of understanding.

According to the same empirical study, a good number of those who work on Sundays, during the show’s initial air-time, will be looking for ways with which to view the telecast at work, or outside of it. “By any means necessary” is the slogan they’ve adopted to run out the clock.

You might be wondering how The Workforce came up with these numbers. The truth is, they surveyed about 1,090 adults regarding the series finale, then submitted those “averages” to their number-crunching experts, who then came up with nationwide projections. 10.7 million was derived from 143.1 million, which is the equivalent number of people believed to be employed in the United States of America. Does it speak to you on any level? If so, hit us with your comments down below. 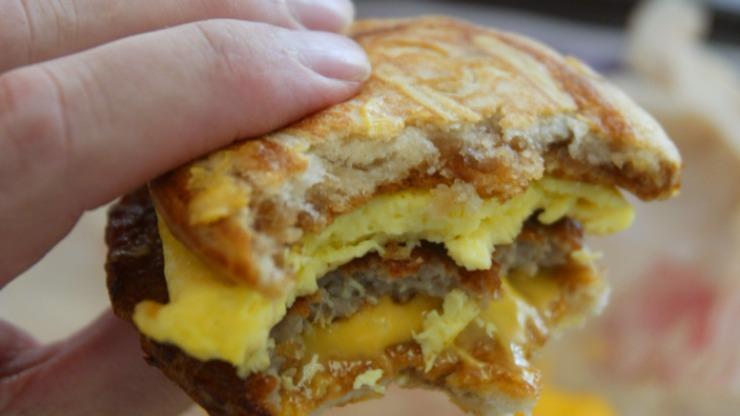 17% of students that were surveyed say they have dealt with homelessness at some point in their academic careers.

A study undertaken by a consortium of leading institutions (nationwide) published a startling fact sheet earlier Today. According to the empirical data they compiled, at least half (on average) of America's college-level students can't afford to buy themselves food. The survey lists this inability to procure basic needs and resources as a  "food insecurity," which the researchers went on to categorize as a "limited or uncertain availability of nutritionally adequate and safe food, or the ability to acquire such food in a socially acceptable manner."

A good example of a "food insecurity" occurs when say, a student semi-consciously skips out on a meal due to preconceived notions (informed by a dire lack of funds nonetheless). Another 56 % of the students that were surveyed listed themselves as "housing insecure," while a startling 17% of respondents claim they experienced homelessness while pursuing post-secondary education.

NPR's MarketWatch explained this social detion by a series of factors. Most obvious to note is a noticeable spike in the price of food, and in the rental market. Mind you, the single most difficult hurdle Americans face during their collegiate years (current and always) are the exorbitant tuition fees students are being asked to shoulder in the form of crippling student loans. If this is study is any indication, these economic pressures seem to begin well before the penultimate phase of their undergraduate diplomas. As crazy as it sounds given these athletes take in their pro career, scholarship-eligible recruits aren't exempt from these problems either, explained in part by the countless "recruitment scandals" plaguing the NCAA.

Deaths within the U.S. from alcohol, medicine and suicide have hit an all-time excessive.

A brand new examine gathers that there are newer American deaths associated to medicine, alcohol abuse and suicides than throughout another level during the last 20 years. In 2017, the variety of reported deaths beneath these circumstances hit the best degree since record-keeping started in 1999.

National loss of life charges from medicine, alcohol and suicide rose by 6 p.c in 2019. That’s 43.9 to 46.6 deaths per each 100,000 folks. It was a slower improve than the earlier two years, however over the common four p.c improve reported since 1999. These are quantity calculated by Centers for Disease Control and Prevention.

Deaths from suicides alone noticed four p.c improve, with 13.9 to 14.5 deaths per each 100,000 folks. Meanwhile, deaths from artificial opioids together with fentanyl rose 45 p.c and general elevated tenfold over the previous 5 years.

Recently, music misplaced a legend — Keith Flint of The Prodigy took his own life. Last 12 months, Avicii handed away tragically in an apparent suicide. These are simply two folks. Now, greater than ever, it’s necessary we as a society worth mental health and consciousness. 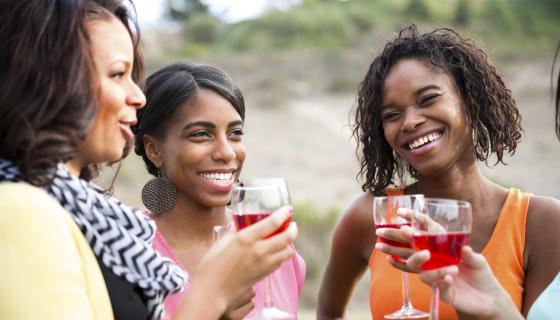 We Bet You Can’t Guess The Drunkest State In America

According to , it’s lit in North Dakota! Wondering where the big cities finish on this list? New York surprisingly comes in 20th and California is 22nd in the race for which state is the drunkest. See the chart up top for more. 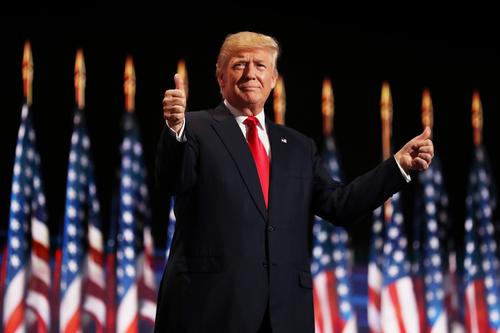 A new poll conducted by AP-NORC Center for Public Affairs Research reveals how a majority Americans still believe Donald Trump is a racist, and has made things imminently worse for African Americans, Muslims and Hispanics.

When analyzing the specifics the survey, it is revealed how 57 percent perceive Trump's policies as detrimental for Muslims, alongside the 56 percent who believe the POTUS' policies are not particularly favourable for Hispanics. Similarly, 47 percent believe that Trump has disadvantaged African Americans through his administrative actions.

The poll also concludes that 57 percent all American adults believe Trump is still a racist. However, when breaking down the statistics this number, a staggering 80 percent black folk and 75 percent Hispanics conclude that their president is prejudiced, while nearly half Caucasians believe the same about their Commander in Chief.

90 percent African Americans disapprove how the former businessman is handling his position as president, while 90 percent also agree that the country is headed down a bleak and unfavourable path. Additionally, 75 percent believe that Trump's particular political stance has worsened over the past year.

In the court public opinion, Trump has taken another L. 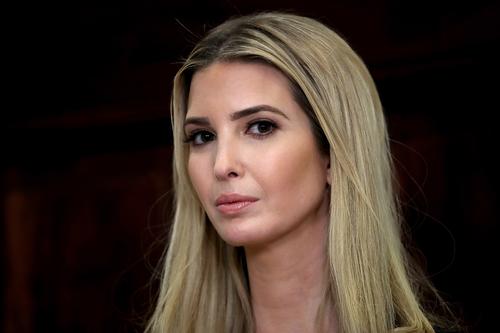 Ivanka Trump and her family have without a doubt stated some the most questionable comments to date. The latest tweet from the President's daughter has many slamming her for saying "all Americans" matter.

Here tweet is not only flipping Black Lives Matter into All Lives Matter (shame), but she's preaching about things that don't seem to be a priority for her father who is President.

RELATED: Donald Trump Tweets At Wrong Ivanka, Who Hits Him With Cutting Response

Of course, the Twitterverse went in on her for this one. Peep the reactions below.