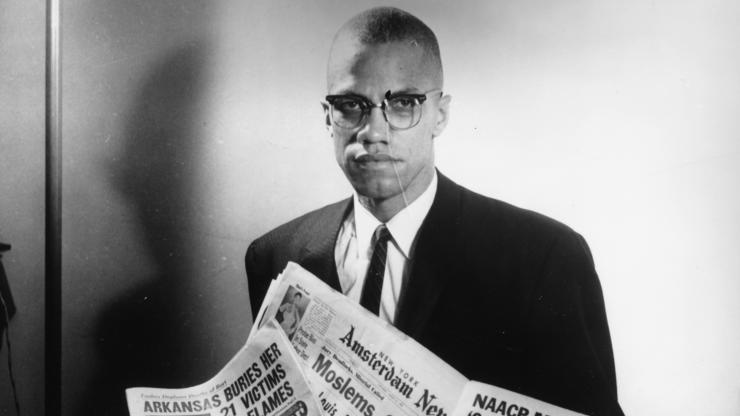 The Murder Of Malcolm X To Be Reinvestigated Following Netflix Docuseries

The truth may finally be revealed.

Remember HBO’s 2015 documentary The Jinx? The explosive six-part miniseries led to the arrest of its subject, New York real estate heir Robert Durst, before the finale even aired. It now looks like art will bleed into life once again with the assassination of Malcolm X following Netflix’s new docuseries Who Killed Malcolm X?

Reports from CNN and other outlets claim the doc has inspired the Manhattan district attorney’s office to reevaluate the case following new information revealed in the six-part series. Historian and activist Abdur-Rahman Muhammad spearheaded this journey into justice, starting from asking the proper questions to even working on clearing the names of those originally convicted of the crime. The latter portion is getting help from the Innocence Project, a non-profit dedicated to exonerating wrongly convicted people, which is currently partnering with the Manhattan D.A.’s office.

Here’s the official statement from the DA office, CNN:

“District Attorney Vance has met with representatives from the Innocence Project and associated counsel regarding this matter,” Manhattan DA spokesman Danny Frost said in a statement. “He has determined that the district attorney’s office will begin a preliminary review of the matter, which will inform the office regarding what further investigative steps may be undertaken.”

Speaking on behalf of Muhammad Abdul Aziz, one of the men convicted back in 1966 along with Khalil Islam and main suspect Mujahid Abdul Halim, The Innocence Project showed gratitude to the district attorney with the following statement from co-founder Barry Scheck: “Given the historical importance of this case and the fact that our client is 81 years old, we are especially encouraged that Mr. Vance has assigned two highly respected prosecutors, Peter Casolaro and Charles King, to work on this re-investigation.”

Watch the trailer for Who Killed Malcolm X? below, and watch the full series right now over on Netflix: 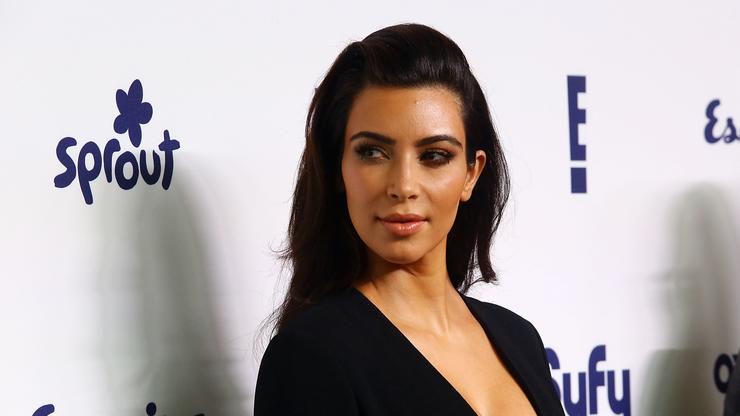 A news outlet suggested Kim gave the shirt to her daughter as a Christmas present.

The internet strikes again. Kim Kardashian West and husband Kanye West had a delightful holiday with their family as the Keeping Up With the Kardashians star took to social media to share intimate moments with her brood. Kim also hopped on Instagram to show off photos of the memorabilia she gave daughter North West for Christmas, including Michael Jackson's "Smooth Criminal" music video hat and his famous black velvet jacket he wore on a night out with Elizabeth Taylor.

Even her brother Rob Kardashian scored big after Kim gifted him with two of Elvis Presley's rings, but a stunning report by Refinery 29 suggested that Kim also made a gruesome purchase. According to the outlet, who wrote up their report on the basis of an Instagram screenshot, Kim also bought the shirt President John F. Kennedy was wearing when he was assassinated. While riding in his motorcade on November 22, 1963, at Dealey Plaza in Dallas, Texas, President Kennedy was fatally shot in the head by Lee Harvey Oswald, according to historical accounts.

A picture of a bloodied shirt allegedly shown on Kim's Instagram Story appeared online and Refinery 29 used the image in their report. Kim addressed the accusations on Twitter and made it clear that the photo was a fake. "WOW this is obviously fake!" she wrote to a fan. "@Refinery29 I did not get JFK’s shirt. That is a sick joke that someone tweeted as a fake ig story that I never posted." Check out the images below and let us know if you would've believed it was real. 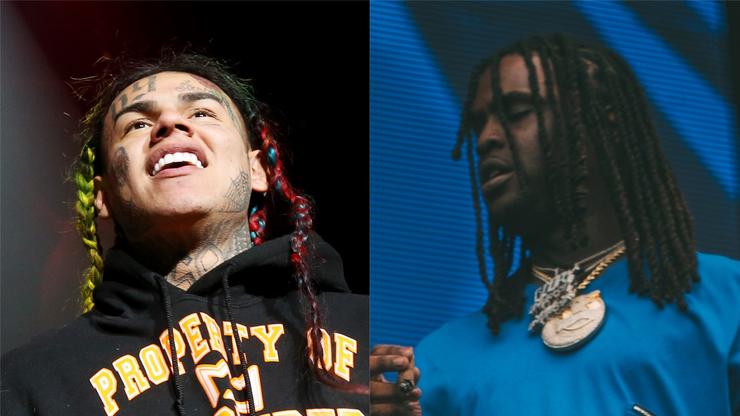 6ix9ine has been singing at the stand.

We’re currently on our third day of coverage from the Tekashi 6ix9ine trial, where he has been testifying against his alleged kidnappers in court. Fans have known for nearly an entire year that the Brooklyn-based recording artist had been cooperating with the feds but now that he’s facing a jury, we’re seeing first-hand that he is fully committed to getting a lighter sentence by ratting out all of his former allies. Even if it means he has to incriminate himself, 6ix9ine is being fully truthful in court, admitting that he was the one who ordered a hit on Chief Keef’s life.

Before discussing the details of his alleged kidnapping and robbery last year, Tekashi 6ix9ine spoke about the shooting attempt on his enemy Chief Keef. You’ll recall, the two became bitter rivals after 6ix9ine posted a video online with Cuban Doll, who was romantically involved with Tadoe of the Glo Gang at the time. It was always believed that 6ix9ine had called the hit on Keef’s life but this is the first time we actually hear him say it himself.

According to The Blast, the rainbow-haired rapper took the stand yesterday and admitted that he was the brains behind the Chief Keef shooting outside of Times Square. The artist, whose real name is Daniel Hernandez, testified that he offered $20K for the job to be completed but when the bullets missed, he lowered the price to $10K.

Tekashi 6ix9ine is presently on the witness stand for the third day in a row and updates will be coming shortly. Stay tuned.

The reputed Mafia don of the Gambino Family was clipped in entrance of his Staten Island residence.

The reputed "appearing boss" of the storied Gambino Crime Family was discovered shot to loss of life outdoors his residence Wednesday night. According to a report revealed by CNN, Francesco "Frank" Cali was scooped up by investigators on the entrance steps of his Staten Island residence with deadly gunshot wounds throughout his torso. Investigators have not made any arrests within the hours which have handed however insists the case stays an open guide till they publicly state in any other case.

Experts agree that Francesco Cali was the person accountable for consolidating the Gambino household after John Gotti was despatched to jail on homicide and racketeering in 1992, leaving the mob outfit in an influence vacuum so conspicuous, even the informal observer might sense their grip on the felony underworld was on the fritz.

Cali's demeanor, whereas he was alive, was utterly not like the style John Gotti performed himself, the latter an extravagant and ostentatious mobster the Mob hadn't seen for the reason that days of Al Capone. As it stands, Francesco Cali, for causes unknown (for now), was the primary New York crime boss in 34 years to be whacked, though it needs to be famous: Cali did spend somewhat time within the bing in 2008-2009 for taking part in a pivotal position in an extortion plot over the development of a Nascar Speedway in Staten Island, the identical locale he was sarcastically discovered lifeless this morning with query marks looming over his head.

Chief Keef's associates are falling like dominoes within the Federal courtroom of regulation.

According to TMZ, three of Tekashi 6ix9ine's associates have been indicted on prison prices associated to the crackdown on the "Tr3yway Crew" and their illicit actions in New York State. The report signifies that at the least one of many three associates is straight tied to the try on Chief Keef's life. The Feds have made it straightforward for the media to fill within the blanks; the three people in query are listed as Kintea McKenzie, Anthony Ellison and Denard Butler, all of whom had been recognized to consort with Daniel Hernandez aka 6ix9ine's earlier than his disavowal of all issues "Tr3yway" in November.

Kintea McKenzie, the member of 6ix9ine's related to the Chief Keef incident, is believed to have been paid a flat fee of $10,000 to follow-through with the capturing. As reported, Chief Keef and Tekashi have been feuding shortly earlier than the assassination try, an antagonism that was born out of the NY rappers misdealings with Tadoe, in a combat over Cuban Doll's romantic availability. Some months later, Cuban would see her identify dragged into one more tug-of-war scenario, over misplaced desirous emotions.

Kintea McKenzie remains to be on the free, whereas Demard Butler and Anthony Ellison have been booked a number of months aside, the latter already within the fingers of the regulation as a result of his assault and kidnapping of 6ix9ine over unpaid money owed of the goon selection.