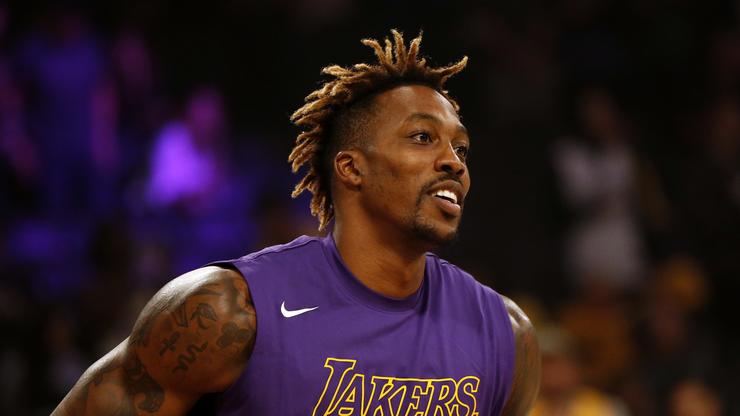 Dwight and Kobe are looking friendly these days.

Dwight Howard and Kobe Bryant weren't exactly the best of teammates back in 2012-2013 and it was always pretty obvious to basketball fans. Back in those days, the Lakers were beginning their recent run of struggles and they couldn't seem to catch a break. Eventually, Howard was ousted from Los Angeles and he ended up in Houston. It was believed that 2012 was the beginning of the end for Howard but now that he's back on the Lakers, he has had a bit of a career resurgence.

Last night, the Lakers took on the Atlanta Hawks and Kobe Bryant was sitting courtside. Prior to the game, Kobe and Dwight linked up for a small conversation and after the game, Howard spoke about the experience.

“I didn’t even know who it was. He slapped me on the neck and I was about to elbow him. Then he said, ‘What’s up, man. You’re playing good.’ It was cool, man. I was glad he came to the game,” Dwight said according to Mark Medina of USA Today.

Seeing these two squash their beef has been quite surreal for Lakers fans and if Howard keeps playing at a high level, even more, praise is on its way. Even if you're not a fan of Howard, you can't help but be happy for him as he attempts to repaint the narratives surrounding his career. 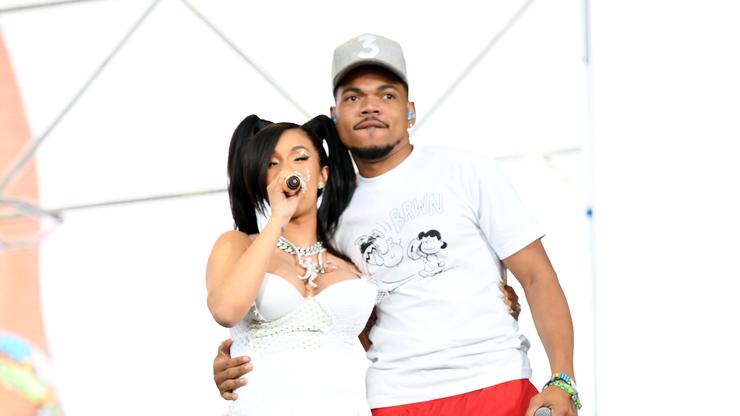 Chance digs into the reality of the biz.

The beef between Cardi B and Nicki Minaj is still a hot topic these days but it would be nice if we could all just get along for once. At first, the feud seemed like it was fan fiction until things got messy between the two publicly. But according to Chance The Rapper, who's worked with both artists, the beef between Nicki and Cardi B, like most rap feuds, was "curated."

Chance The Rapper sat down with Big Boy where he was asked about his relationship with Cardi B and Nicki Minaj. After explaining how he got on Invasion Of Privacy, he detailed how much of what we see in the music industry has been manufactured to create buzz.

"A lot of that stuff is produced," he told Big Boy. "Everything is curated before we get to see it. Like all the information, the way they phrase it to us, the way that, you know, they pit people against [each other]... It's made for you to, like, accept in a certain way. So like, a lot of people had to choose a side."

He added, "I don't want to speak for them at all but, like, to a certain extent, they got pushed into that too. And I don't think all of that was a 100% their feelings." 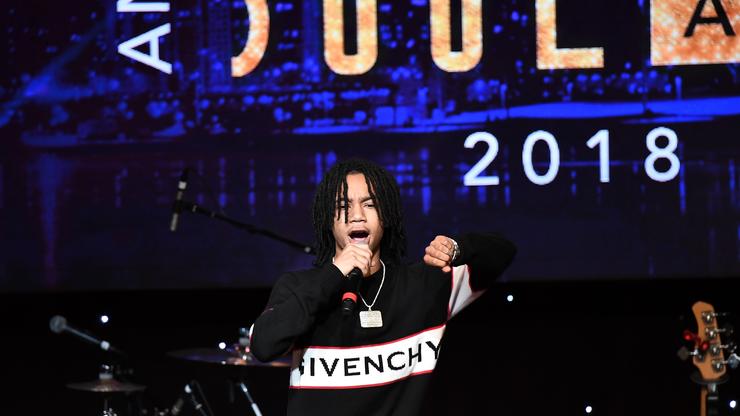 YBN Nahmir and Lil Reese are officially at cross-hairs. According to Rap Current, the beef began when YBN Nahmir reportedly liked a tweet which claimed Lil Reese had previously mocked YBN Almighty Jay for getting jumped in New York. The shade in the latter must have infuriated Lil Reese because he was also recently jumped and the video surfaced all across social media since. The video of the assault Lil Reese since addressed emerged online and shows the rapper on the ground getting viciously beaten by numerous unidentified men. As the assault carries on, someone attempts to retrieve whatever is in his pockets.

The rapper allegedly behind the attack, whose name is Skeezy, shared the video on his socials with the caption: ""This is what happens when the so called “Chiraq Grim Reaper” @reesemoney300 plays with the wrong people. He ends up beat up, shittin on his self and getting all his lil money took out his pocket. That fake tough shit never get you nowhere." And the sad part is that Skeezy did not exaggerate the claims because screenshots of the attack reveal Lil Reese did defecate on himself. Hence, it would be understandable for Lil Reese to feel a way about YBN Nahmir allegedly liking posts.

In response to the like, Lil Reese initiated a threat wherein he claimed he would slap YBN Nahmir for sneak dissing. Now, it looks like YBN Nahmir somewhat responded with a tweet that stated: "Show me."

"Love you to items Unc Snoop."

It seems that Snoop Dogg and Justin Bieber appear able to resume their timeless friendship after it had grow to be obvious Hailey Baldwin had unwittingly pressured them right into a binding place. It all occurred so quick and beneath essentially the most innocent of pretenses.

Snoop Dogg, a number of years Hailey's senior, shouted out the mannequin over Instagram after he'd observed her sporting a trendy Snoop-themed t-shirt. Unsubstantiated stories throughout the Web flirted with the concept that Bieber was truly bothered by the unsolicited press. And the way you ask, did Bieber's jealous streak play out in actual time?

Bieber jumped into the remark part of the exact same publish by writing, "That's My Girl," as if to convey some type of protectiveness. While Bieber's phrases had been seemingly meant as a joke, rumors of discordance between the 2 movie star figures nonetheless discovered a solution to the floor. That's why Bieber has since gone out of his solution to dispel rumors of a disagreement by dedicating a complete Instagram publish to "Uncle Snoop."

The full Instagram musing truly reads, "Love you to items Unc snoop" thereby placing an finish to all of the garbage hypothesis in regards to the two. If you will recall, Uncle Snoop was available for JB's movie star roast, which is coincidentally seen as considerably of a turning level within the younger man's life. No love misplaced, actually not over a band t-shirt. 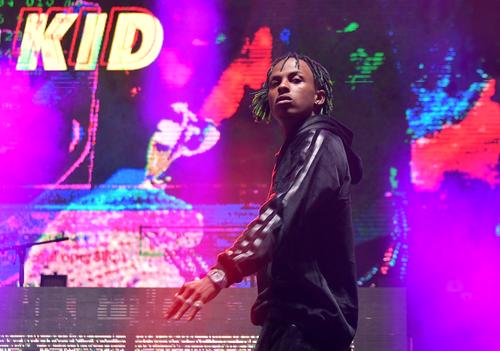 In likely one the most one-sided beefs we've witnessed, Rich The Kid is still throwing shots at Lil Uzi Vert. Yesterday was a busy day for Uzi. With the rapper acting even more peculiar than usual, claiming to have his social media accounts hacked and "leaking" a new song, the Philly product also hopped on the ficial remix to G Herbo's "Who Run It." Whether or not Uzi is behind the unusual activity on his socials, he has not retaliated much in terms his clash with Rich The Kid. While RTK dropped an entire track aimed at Uzi in "Dead Friends," Uzi Vert may have directed some lyrics from his "Who Run It" remix at Rich.

"Your shit weak, tryna compare us or somethin'/ What I made last week? Like a million or somethin'/ Rich, mad 'cause your bitch ate my kids or somethin'/ Man, I could fuck your wife like you sharin' or somethin'," raps Uzi on the track. Perhaps interpreting those lines as being aimed at him, Rich The Kid fired f more shots in concert yesterday, trashing the rapper to his fans. "F-ck that n---a Lil Uzi, man. Big boss sh-t," yelled the rapper before heading into a live version his hit "Plug Walk." Of course, the moment was captured on film for us all to inspect their intensifying beef.

The fight initially stemmed from Uzi refusing to sign under the Rich Forever umbrella, which RTK clearly took fense to. With not much being said on Uzi's part, this clash has been decidedly one-sided with Rich pulling out all the stops to slander his rival. We're unlikely to see a rebuttal from the "Money Longer" rapper as his socials have allegedly all been compromised. 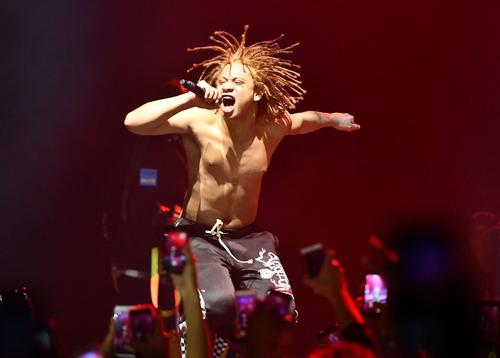 "You don't run this motherf---er over here. You're not from Ohio," said Trippie in an Instagram post. The "Love Scars" artist tagged Shad directly in the clip, making sure he caught wind the comments. Bow Wow indeed saw the post and chimed in, saying he's not about to entertain a beef with Trippie. "What i look like going to war with a kid," wrote Moss before claiming he will let it slide. Trippie's response was a vicious tirade against Bow Wow, calling him every name in the book from a "bitch ass n---a" to a "sissy ass n---a."

Check out the video below, as well as Bow Wow's response. Who do you think runs Ohio at this point? Is it any the two? 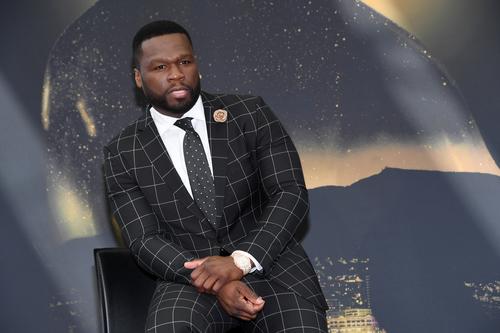 50 Cent strikes again! There are likely none better at trolling on Instagram than Fiddy and the entertainment and music mogul has just given another example proving this fact. Longtime foe Rick Ross was in the news today after he was possibly admitted to hospital for pneumonia. Although the reports have not been confirmed that he was hospitalized, Rozay was reportedly unwell as a call was placed from his residence last night at 3:30 am. 50 Cent took his chance to send some shots to the Miami rapper, posting a photo on Instagram the report, and adding a laughing emoji. It also appears as though 50 may have switched some words to add some humor to the text.

Fiddy captioned the post with "No comment" but the photo itself does all the talking. The image that 50 posted writes that Ross was "slobbing from the mouth" and had "boo-booed on himself." While the former phrase is self-explanatory, we are unsure if we want to know what entails "boo-booing" on oneself. Clearly, the two remain on bad terms as evidenced by this instance.

In all seriousness, we hope Rick Ross is healthy and well and, if the reports pneumonia are true, we wish him a speedy recovery. Check out the post in all its beef-continuing glory below.