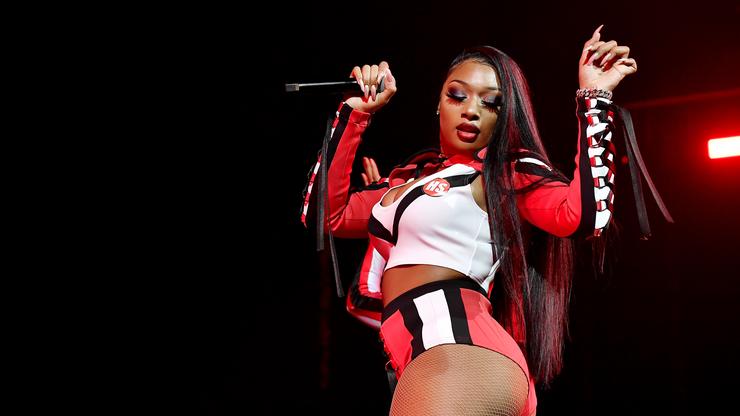 Everyone knows that one of the most effective means of promoting a song these days by sparking a viral dance challenge associated with it. Think about how K CAMP experienced a huge resurgence due to people mimicking moves to his song “Lottery” on TikTok. While these sorts of challenges usually take off on TikTok, Megan Thee Stallion used Triller – another short video-making platform – to create a dance for her song, “Captain Hook”.

“Captain Hook” appears on the EP that Meg dropped last Friday, Suga. While Suga was initially teased to be the title of her debut album, she recently clarified that she decided to use the name of her new alter-ego to package nine songs she wanted to share with the world ASAP. This change may have been prompted by the highly-publicized issues that the Houston rapper has been experiencing with her label, 1501 Certified Entertainment.

The “Captain Hook” dance challenge features dance moves that are just as sexually suggestive as the associated lyrics. Hot Girl Meg feigns eating motions as the song’s chorus plays: “He’s a sweetie, mmh, kiss it when he eat it, ayy, yeah / Know it’s good when you chewin’ and you singin’.” It seems “Captain Hook” will be promoted as a single because Meg also asked fans in her Instagram post if they’re ready for the music video.