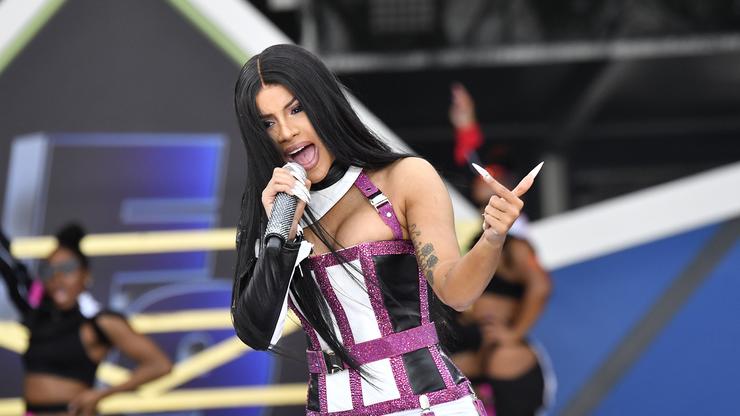 Cardi B Previews "Respect" Single At Club In Atlanta

Cardi B gave some lucky fans a preview of her upcoming single, “Respect” at a nightclub in Atlanta, after sharing a snippet of the song on Twitter this week.

Cardi B increased the hype for her next single, “Respect,” even more when she gave fans a little preview of the track at an Atlanta nightclub after teasing it on Twitter this week. While Cardi may be featured on tons of other artist’s music, it’s been a minute since she’s dropped anything of her own. Cardi has been teasing her upcoming sophomore album, the follow-up to her Grammy-winning debut, Invasion Of Privacy, for awhile now. Last month, she noted that the album is “just missing a couple of more club hits,” and on Wednesday, she shared a snippet of one such banger. Cardi posted a teaser of the project’s first single, “Respect,” and fans went crazy over the little taste of “CB2,” which might be titled Tiger Woods. Just to amp up the excitement, Cardi debuted the single in Atlanta on Saturday by having the DJ at Gold Room play a portion of the song for the clubgoers.

The moment was captured by some of those in attendance, letting us all enjoy the snippet of “Respect.” In the clips, Cardi mouths along to her work while Offset and Quavo surround her, bopping along to the music. A few weeks ago, Cardi joked that she was “pregnant with 5 hits.” Do you think “Respect” will be one of those five hits that are currently in utero?