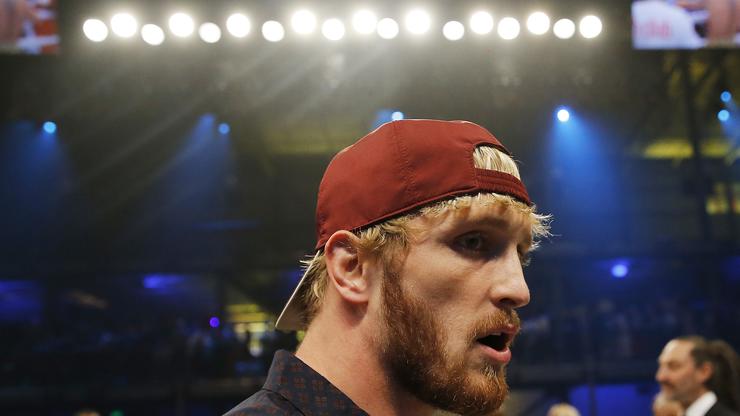 Earlier this year, Antonio Brown revealed that he was willing to go toe-to-toe with Logan Paul in the boxing ring. The two recently came face-to-face at the Maxim Havana Nights Super Bowl Party in Miami and nearly came to blows leading to serious negotiations from multiple promotion companies including DAZN. Now, with the former Pittsburgh Steeler shifting his talents into the music realm, Logan Paul has decided to release a diss track of his own aimed in the direction of Antonio Brown entitled, “Going Broke.”

Logan Paul’s attempt to bait Antonio Brown into a beef on wax was a response to AB’s recently released single “Whole Lotta Money.”  With Antonio Brown’s legal woes building up against him and his mental health being investigated, Logan Paul is utilizing the wide receiver’s downfalls as ammunition to question whether if Brown is truly as wealthy as he claims he really his. The YouTube sensation turned celebrity boxer kicked off his diss stating:

“You should have never started with me
Shouts to OBJ, I got real starters with me
And yeah girl said that ain’t nobody harder than me
No you should’ve never started with me
No you shouldn’t, say you ain’t playing games but your head looks like some Tetris
Dropped by your agent and your lawyer why you flexin’?
I’m here to save you, take the blessin’
Cause your career fell apart like One Direction
Frostbite, cold feet, b*tch you lookin’ nervous
Clown sh*t, take a seat, put him in the circus
Locked up you deserve it
I’mma knock your a** out like Vontaze Burfict”

“Going Broke” features an auto-tuned chorus dissing the former wide out’s inability to land on an NFL roster and an additional verse riddled with shots aimed at Antonio Brown. With AB serious about his music career, we might be able to expect a response track in the near future.

Check out Logan Paul’s “Going Broke” Antonio Brown diss track in the video provided below and let us know your thoughts about the song in the comment section below. 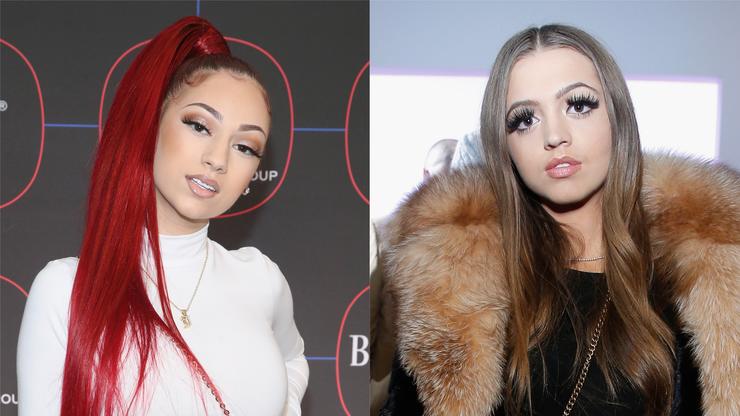 Bhad Bhabie wants the bag to get the smoke.

The last time Bhad Bhabie met up with Woah Vicky, she got the hands. After visiting her rumoured boyfriend Lil Gotit in an Atlanta studio, Victoria pulled up on the teenager and laid her out, pouncing the star and being crowned the winner of their pathetic little catfight. After several records were broken by Logan Paul and KSI's celebrity boxing bout this weekend, other stars are weighing their options to get to the bag. Could you imagine if the Chris Brown-Soulja Boy fight actually went down? Or maybe Kodak Black and Southside? Eminem and MGK? The possibilities are endless! It looks like the realest option we'll be getting though is none other than Bhad Bhabie against her arch-nemesis, Woah Vicky.

Oh, brother... While there is no doubt that this fight would break records because of the size of Bhabie's fanbase, we can't imagine that many people actually want to watch these two duke it out another time. When they caught up in the studio, the result was horrendous. In an actual boxing ring, the fight may end up being worth a watch but still, we doubt this will seriously come about.

After a fan suggested that Bhad Bhabie and Woah Vicky follow up on the success of the Logan Paul and KSI fight, Bhabie laid down her requirements for accepting the duel. "1 million and I'll fight that horse toothed hoe in the ring," said the rapper. Clearly, there is still no love lost between them both.

Do you think this fight is worth a million dollar bag?