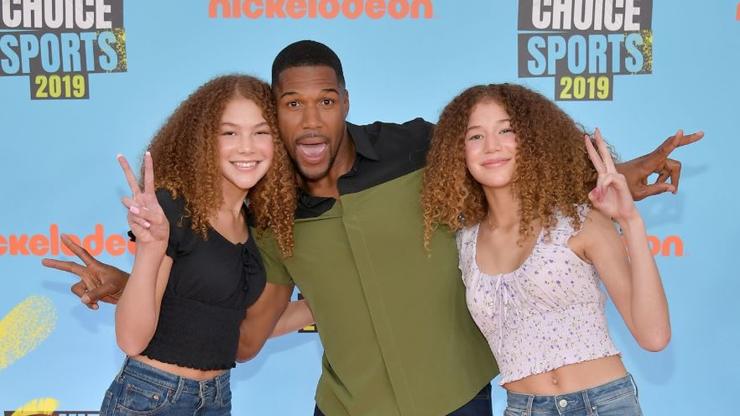 Michael Strahan Accuses Ex Of Being Abusive To Their Teen Twins

Michael Strahan & Jean Muggli’s divorce was bitter enough, but their custody battle over their twin daughters has gotten downright ruthless.

Former NFL star Michael Strahan is engulfed in a bitter custody battle with one of his ex-wives. Twenty years ago, Michael and Jean Muggli fell in love and married. They’d later welcome their twin daughters Isabella and Sophia into the world, but by 2004, the same year the twins were born, the marriage had turned sour. Their divorce was far from amicable, and they’ve floated in and out of courtrooms since that time. Jean walked away with $15 million plus $18K per month in child support.

The custody battle between the ex-couple has once again made headlines as biting accusations have been made about Jean. According to a report by TMZ, Michael claims that Jean has been both emotionally and physically abusive to their 15-year-old twins. The Strahan, Sara and Keke talk show host wants a judge to award him primary custody of his teenage daughters and reportedly has proof that Jean is an unfit parent.

TMZ states that Michael alleges “Jean’s not taking their kids to court-ordered therapy sessions and says she’s the reason Sophia and Isabella keep missing their volleyball matches and equestrian events.” He’s ready for the girls to pack up and make the move to New York where he lives. They currently reside in North Carolina. In addition to obtaining custody, Michael Strahan is also asking for Jean to be held in criminal and civil contempt. 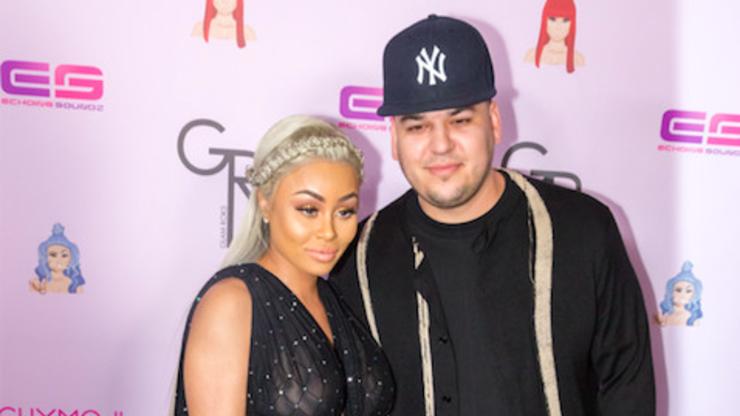 Rob Kardashian’s attempt to get primary custody of his & Blac Chyna’s daughter has been denied.

According to multiple reports, a family judge has denied Rob Kardashian’s request for primary custody of his and Blac Chyna’s 3-year-old daughter Dream Kardashian.

The documents say Chyna was “shocked to learn” about Kardashian’s request for an emergency order that would “permanently change the Custody Order for Dream so that Chyna would only be permitted to see her daughter from 10 a.m. to 6 p.m. on Saturday and Sunday with a ‘monitor’ present, rather than the 5 days a week she now sees and cares for precious Dream.” The documents go on to allege that, even though Kardashian’s motion was denied, Chyna was “forced to expend time and resources to oppose Rob’s baseless motion.”

The docs that Kardashian originally filed seeking primary custody also included a request for Chyna to submit to drug and alcohol testing no less than 30 minutes before each visit with their daughter. Chyna’s attorney, Lynne Ciani, told ET at the time that the allegations made against her client were “absolutely absurd.”

In a statement, Chyna’s lawyer said, “Chyna will not back down from Rob and his family’s attempt to take away her agreed-upon custody of Dream. She will continue to take all necessary steps to protect her children, including defeating Rob’s and his family’s latest attempt to undermine Chyna’s joy as a mother to Dream and her ability to make a living as a single mother – without any child support from Rob.”

While Kardashian’s emergency motion was denied, he still has the ability to argue for a change to the custody arrangement in the future. 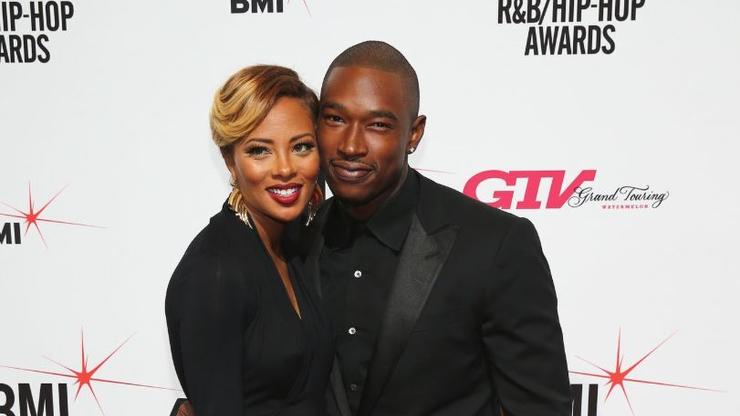 It’s clear that 2019 was a wild ride for Kevin McCall, and the singer is beginning 2020 with just as much controversy. Last year, McCall was arrested on domestic violence charges, sued his ex Eva Marcille for custody of their daughter even though he reportedly hasn’t seen the little girl in years, got arrested for trespassing, accused Drake and Tank of copying his collaboration with Chris Brown, trolled Jess Hilarious, and then got into a physical altercation with a courthouse security guard while he was on his way to his custody hearing. And that’s just the tip of the iceberg.

McCall ended 2019 with news that his custody lawsuit was reportedly dismissed by a Georgia judge because the singer needed to take up his grievances with a California courthouse, and weeks after receiving the news, he took to Instagram to jibe his ex. “What do u get when u cross the term ‘police’ with let’s say, a random WORD like – let’s say ‘escort’ just randomly,” he reportedly said.

“So what do u get when u cross the word ‘Police’ and ‘Escort’. Answer : PIG-FORD (Yeah I just for idea from the swipe left freestyle just for the F of it. You smart dummy.” For clarity. Eva’s maiden name is Pigford. This isn’t the first time he’s taken aim at Eva on social media. McCall has shared photos of her with strange captions and ranted about his ex online. Eva has spoken openly about the alleged domestic violence she’s endured at the hands of McCall, claims she has a restraining order against him, and stated she regularly moves homes because she doesn’t feel safe. 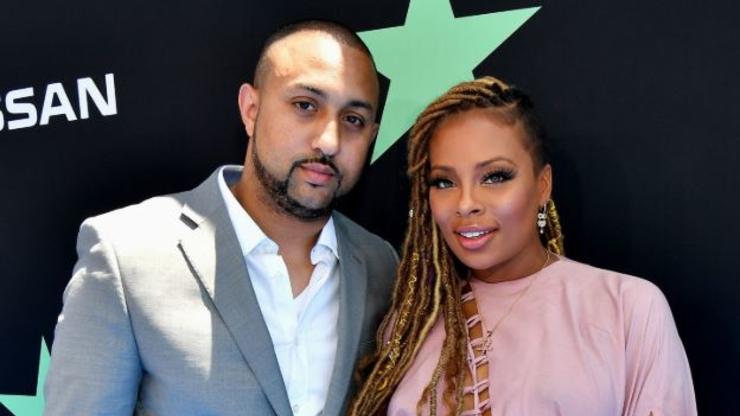 America’s Next Top Model winner Eva Marcille has come a long way since she first began “smizing” for Tyra Banks. The model-actress is now a mother of three as she recently gave birth to her son, Maverick. This child marks the second for Eva and her husband Michael Sterling. She shares her eldest child, Marley Rae, with singer-songwriter Kevin McCall.

There’s yet to be word on whether or not the cameras for The Real Housewives of Atlanta were rolling during Eva’s recovery in the hospital, but the reality television star shared a few images of herself post-birth. Eva revealed the news of her pregnancy this Spring by telling PEOPLE, “Michael and I couldn’t be more excited to announce baby No. 3 is on board! Looks like little Michael Jr. is going from the baby to the middle child, and Marley will be the boss of them all!”

Michael added at the time, “It’s amazing that God shared his most amazing superpower with us: the power to create and give life. I count it a great blessing to grow our family with the love of my life, Eva Marcille Sterling, and we look forward to welcoming another generation of hope into this world.”

As the happy family grows to five, Eva’s court battles with McCall continue on. We recently reported that the mother of three legally changed Marley’s last name from McCall to Sterling, and now news has surfaced that Kevin is seeking for shared custody of his daughter, as well as for Marley’s name to be changed back to his. Check out a few photos of Eva and her family below. 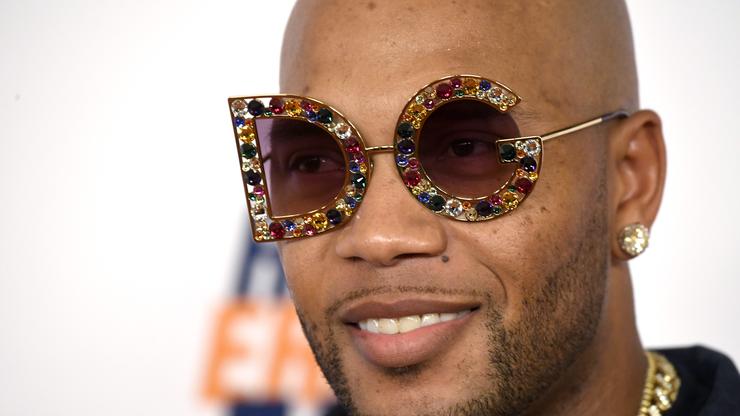 Flo Rida Gives Up Custody Of His Son Zohar: Report

Flo Rida is handing over custody of his son to his baby mama Alexis Adams.

For months, Flo Rida has been wrapped up in a legal dispute with his baby mama Alexis Adams. Last year, he was criticized for allegedly calling his special needs son an “evil fucking child” before starting a child support battle in the fall. The rapper has been vocal about his situation against Adams and he’s now seemingly waving the white flag, handing over sole custody to the mother of his baby.

Zohar Paxton has been the subject of a messy custody battle but according to Bossip, that’s all a thing of the past now. During a phone call to the Bronx Family Court yesterday, Flo Rida verbally consented to Adams being granted full custody of their son. Flo’s lawyer notified the judge that his client would be relinquishing custody of little Zohar and when the musician was asked to confirm, he said that he has indeed come to that conclusion. Adams was then awarded sole and legal custody of their toddler.

Flo Rida will still be able to come to see the boy and he will be forced to continue paying child support. Zohar was recently diagnosed with autism and the custody decision will reportedly make it easier for Adams to raise her son after Flo Rida proved that he doesn’t want to be a big part in his life. Flo and his lawyer failed to ask for details about any parenting plan and the general feeling coming out of the hearing is that the rapper doesn’t really mind the decision to give up his kid to Adams. 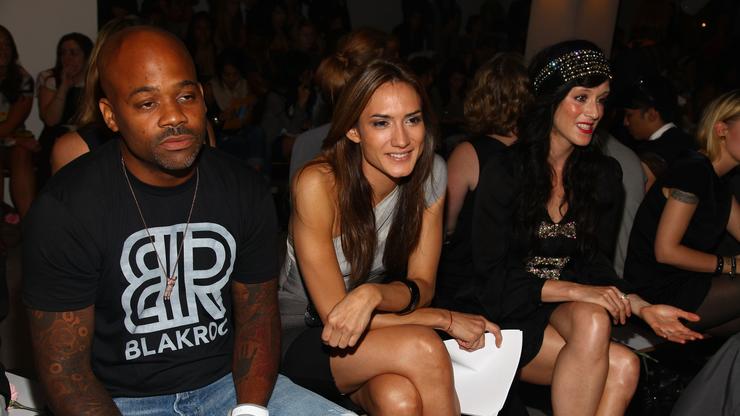 The pot only continues to stir in Dame Dash’s personal life. New reports by Bossip indicate his ex-wife of 10 years, Rachel Roy, is currently fighting him for full custody of their 11-year old daughter Tallulah. Most recently, the entrepreneur filed for greater custody rights because his former partner allegedly drank too much. Moreover, The Blast indicated that Dame wants further custody, however, both Rachel Roy and his teenage daughter Ava are not here for it at all. The reasons behind their vehement denial stem from claims that Dash is constantly high as a kite around his children and has a lengthy history of domestic abuse. Accordingly, Roy claims the children have anxiety around their father.

The mother further alleges that Dash’s relationship with his 19-year-old daughter Ava is tense because she is afraid of her father’s temperamental ways. Furthermore, the teen filed a declaration wherein she stated concern for the hip hop mogul’s marijuana smoking and alcohol drinking habits, all of which allegedly toy with his mood by making him more excitable, irritable and unpredictable. Rachel Roy even affirms her former husband is emotionally abusive to both of their daughters, often pitting them against each other. Roy also slams Dame’s claims that Tallulah requested more time with him. 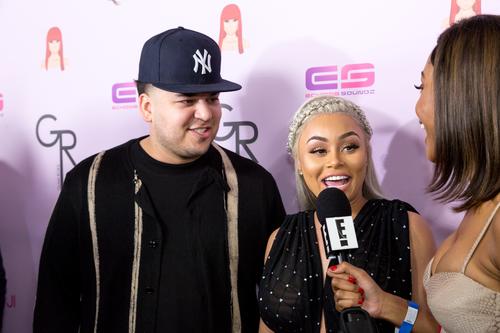 Blac Chyna continues to find her way in the news as a recent development in her custody dispute with Rob Kardashian may be taking a turn for the worse. We had previously posted that Rob is fully prepared to go to court to reopen a case regarding the custody their daughter, Dream Kardashian. While Chyna was laughing f the custody battle last week, it is clear that she is taking the issue seriously as TMZ is reporting that she will not back down during custody hearings.

The drama stems from the now infamous Six Flags scuffle that involved Blac Chyna swinging a stroller. Effectively losing several endorsements over the altercation, the actress and model is allegedly ready to defend her case at all costs to keep their current custody agreement in place. Chyna's lawyer told TMZ that the former couple still has a valid custody agreement in place over their daughter Dream and that, with Rob potentially taking measures to change the specifications their agreement, Chyna will fight to keep custody "by any means necessary." The star's legal team is confident that the court will take her side on the matter as she maintains her stance that she was simply protecting both her children.

Read more about the most recent development here.