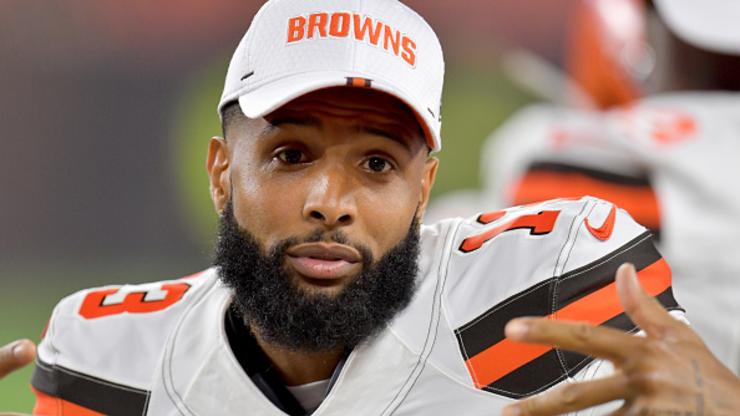 Well known sneaker and cleat customizer Troy Cole, more commonly known simply as Kickasso, recently received a cease & desist notice from the legal team of Odell Beckham Jr. The two have worked together on a number of special edition spikes over the years, including pairs inspired by the “Red October” Nike Air Yeezy 2 and the “Graduation” album art.

Kickasso took to instagram on Tuesday night to share a photo of the cease & desist letter, which prompted a brief exchange between him and Beckham Jr. in the comments section.

“Crazy. So much to say. Without a phone call or a text,” Beckham replied. “And u let the world kno some false bs thru some bs social media platform. I’m dissapointed in u bro bro. I went to war for u. Brought u directly to NIKE. It’s a shame it came to this. It’s really a shame.”

“That’s not true, we talked about this,” Cole wrote. “Never had a meeting with Nike except a travel to a greenbay game where I met cliff and @paulforce1 GREAT TIME AND MEETING BTW. And a trip to NY to make a bespoke. NEVER set down with anyone at Nike headquarters except Jordan Rogers IN THE LUNCH ROOM while I was on a trip to see Adidas.

“You say you went to war, I never saw the fruits of that war. I was told by Cliff during your training at UCLA (where I came and dropped off 3 pairs for you that I turned around in a week) thinking I was about to get the chance of a lifetime with you and Nike. Instead I was told that my services were no longer needed and to remain quite until I was needed Nike wanted to control the story with you. DONT YOU THINK WHEN YOU INVITED ME THAT DAY THAT YOU SHOULD HAVE TOLD ME THAT?! If I’m lying I’m dying. You can say what you want but I know the real you and you know the real me.”

Check out Kickasso’s recollection of events in the IG posts embedded below.