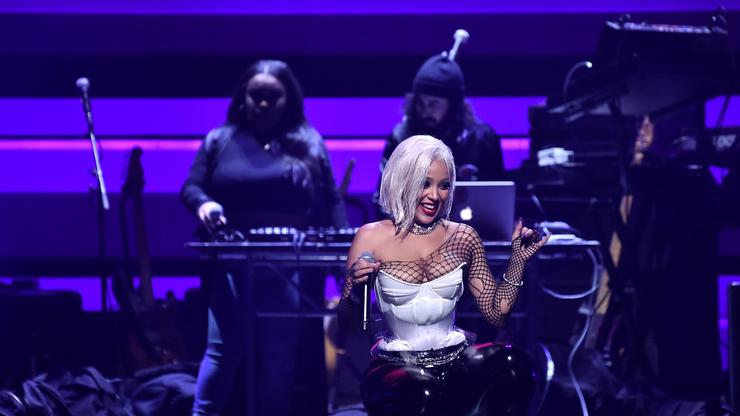 Doja Cat Rejected By Dickies Brand For Being "Too Sexy"

Doja Cat’s request to Dickies clothing brand for logo clearance was rejected due to her “sexy” image, but her stylist came up with a clever solution.

It looks like Doja Cat is just too fine for her own good, considering Dickies clothing brand allegedly retracted their initial logo clearance for a custom outfit in her “Bottom B*tch” music video due to her overtly “sexy” image. Doja and her stylist, Brett Alan Nelson, recently sat down with Billboard to discuss some of her most iconic fashion moments, and the discussion led to a pretty hilarious story about one of Doja’s “millennial ‘Sk8r Boi'” looks in the visuals for her song, “Bottom B*tch,” off her Hot Pink album. Brett had initially planned for Doja to wear a custom Dickies outfit in the music video, but they ran into some trouble with the brand.

“Dickies originally gave me logo clearance and they’re a very church-going, Trump-supporting, Texas-based company,” Brett revealed. “They thought Doja was too sexy for their brand. I said, ‘You literally approved your logo with me. I made a custom outfit.'” Thankfully, Brett came up with a creative, last minute solution that allowed them to still use to Dickies pieces without getting sued. The stylist confessed that he “wanted to take a jab at them” after they blocked him from using their logo, so he decided to “colour[] out the ‘-IES’ and color[] in where the horseshoe is.” The result was even more for Doja’s image. “Her whole entire outfit just said ‘dick,'” Brett pointed out. “You can’t see it, but I asked legal what we can get away with. They said if we changed the logo at least 50 percent, then it’s fine.”

“Doja makes so many sexual innuendos here and there in her music,” he continued. “There’s a quirkiness that’s very intelligent behind what she does, so it’s nice to do little tricks… dicks.” However, Dickies responded to Brett’s claims that they had taken back their permission to use the logo, noting that the company “did initially speak to Brett when he reached out to use the logo, but Brett’s team never provided a clear letter of intent to use the logo, as requested.”

“There were no further conversations after that,” they added. “Dickies respects Doja Cat’s artistry, and is happy she is also a fan of the brand and wishes her much success.” Watch the full music video for “Bottom B*tch” below and see if you can catch the genius logo change: