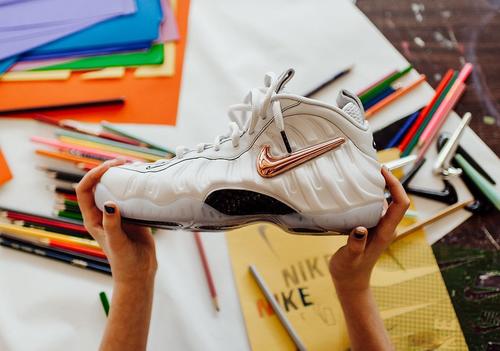 Every year during the NBA's All-Star weekend, sneaker brands flood the market with special edition sneakers connected with the league's All-Star festivities. This year will be no different.

Nike Basketball has revealed a brand new, customizable, Foamposite Pro which comes equipped with multiple removable swooshes that sneakerheads can swap out and velcro into place at their heart's content. The kicks, which come in a white colorway with a black carbon fiber shank plate, will be packaged with silver, teal, bronze and black swooshes.

The customizable "All-Star" Nike Air Foamposite Pro will reportedly be available on Thursday, February 15th just one day before the NBA All-Star weekend gets underway. The kicks will reportedly retail for $250. On top that, Nike will also be releasing a collection similarly styled Air Force 1s.

Get a closer look at the special edition Foams in the gallery above, courtesy Rock City Kicks, and stay tuned for a list retailers that'll have the sneakers in stock next weekend.